A committee made up of board members from the Perry Area Joint Recreation District will be taking a closer look at the entity’s future financial needs. Along with conducting a thorough fiscal review, the committee also will be considering the topic of annual subsidies that Perry and North Perry villages […]

A committee made up of board members from the Perry Area Joint Recreation District will be taking a closer look at the entity’s future financial needs.

Along with conducting a thorough fiscal review, the committee also will be considering the topic of annual subsidies that Perry and North Perry villages and Perry Township pay to the district.

Amos said the panel plans to study the district’s projected finances for the next five years or so, and determine if funding will be able to keep community recreation sustainable in Perry.

“What are our needs going to be with all the different things that are happening, where are we at, and is there more help needed in some areas?” Amos said, during a report given at the Sept. 22 meeting of Perry Township trustees.

Amos also serves as chairman of the township trustee board.

Amos said he anticipates that the rec board committee’s in-depth study will take at least a couple of months. The panel will report its conclusions to the full rec board, and those findings then will be shared with leaders of Perry and North Perry villages and Perry Township.

In recent years, all three communities have provided the recreation district with annual financial subsidies to help the rec district pay for insurance, employees wages and salaries, overhead and other fixed costs.

Each year, the rec district sends out letters in January to the communities’ government leaders, reminding them about the subsidies.

Amos said the rec district traditionally has maintained “kind of an unofficial agreement” with Perry and North Perry villages and Perry Township that they would go along with paying the subsidies each year.

“It almost was more of an invoice as much as a request,” he said.

In 2020, Perry and North Perry villages each paid their $10,000 subsidies that had been requested by the rec board.

However, Perry Township trustees only agreed to make an initial payment of $20,000 to the district, which was half of the $40,000 requested.

Amos, at the Sept. 22 meeting, said that fellow township Trustee Bob Dawson pointed out previously that the rec district’s budget has a carryover.

At the same time, Amos said he believes it’s a good idea for the rec board’s committee to sit down and evaluate the true financial needs of the district.

“By doing that, we can come back to (the three Perry communities) and let them know we need more or less (in annual subsidies) or whether we can hold our own for a while,” he said.

Although Perry Schools used to pay annual subsidies to the rec district, it hasn’t done so in recent years, Amos said in a separate interview. However, Amos said the school district does provide in-kind contributions by allowing its athletic fields and buildings to be used for rec district activities.

Want to have the BEST SUMMER EVER?! Seattle makes it EASY

Sat Sep 26 , 2020
Summer 2020 is NOT canceled! 🙌🌞 Your staycation itinerary: Paddleboarding Lake Union, hike to a waterfall & spend the night in a treehouse! Sponsored by Premera. SEATTLE — Yes, there’s a pandemic.  Yes, life is unpredictable, but guess what? There’s good news! SUMMER IS NOT CANCELED! I’m serious! There is […] 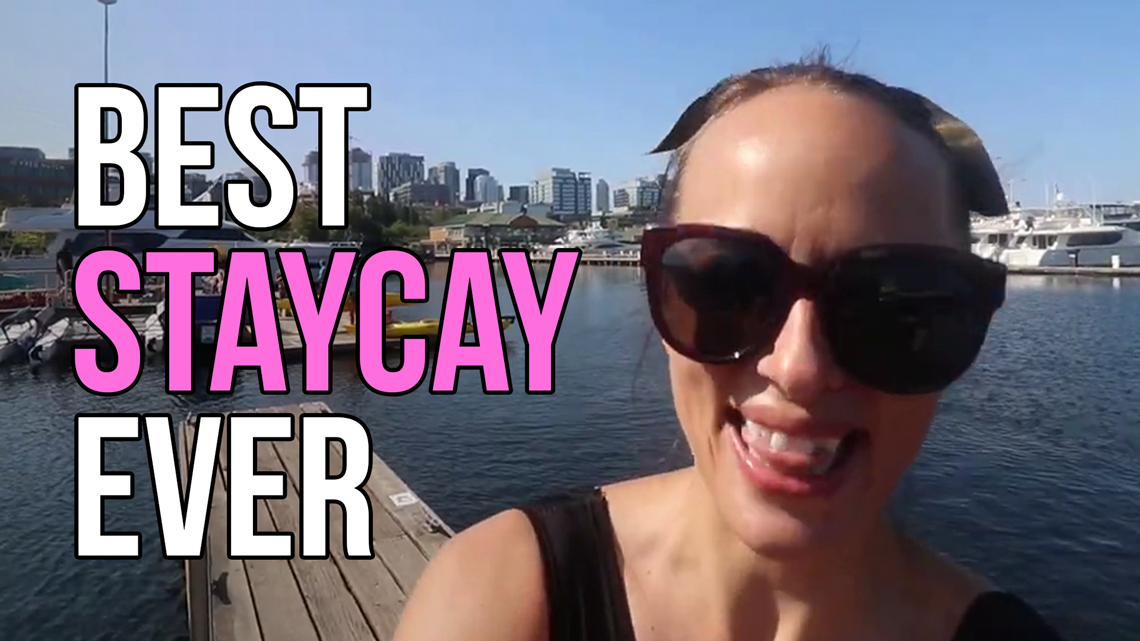