US Secretary of State Mike Pompeo will add another stop to his Middle East and Africa tour with a visit to Oman, the State Department announced on Wednesday.

“He will conclude his trip in Oman, where he will meet with Sultan Haitham bin Tarik Al Said to promote unity among the Gulf Cooperation Council and build on the historic momentum to advance regional peace and prosperity,” the State Department said in a statement.

Pompeo has visited Israel, Sudan, Bahrain and the United Arab Emirates on a tour that Washington said is aimed at building on this month’s US-brokered normalization deal between Israel and the UAE.

Oman is among a handful of Middle Eastern states, including Bahrain, Morocco, and Saudi Arabia, that Israel and the US hope could follow the UAE and forge diplomatic ties with the Jewish state.

Oman is a key interlocutor between the West and Iran, as well as Yemen’s Houthi rebels, assisting in getting prisoners released in the past.

Oman expressed its support for the Israel-UAE normalization deal the day after its announcement on August 13.

.@SecPompeo visit comes amid wide international support for the peace accord and optimism that the region may be turning a corner. What we are witnessing is a key moment in a broader geo-strategic shift, re-orienting the region from conflict to collaboration. pic.twitter.com/5H5sKsbJvA

Prime Minister Benjamin Netanyahu visited Oman in 2018, the first trip by an Israeli leader in over two decades, in what was seen as a sign of warming ties between the Jewish state and the Sunni Arab world.

The Omani foreign minister, Yousef bin Alawi spoke on the phone earlier this month with his Israeli counterpart, Gabi Ashkenazi, in the first conversation of its kind between the two top diplomats.

Bin Alwai told Ashkenazi that Oman “clearly reaffirms its position calling for a comprehensive, just and lasting peace” in the Middle East.

He also called for a “resumption of the peace process in order to satisfy the legitimate rights of the Palestinian people who aspire to an independent state.” 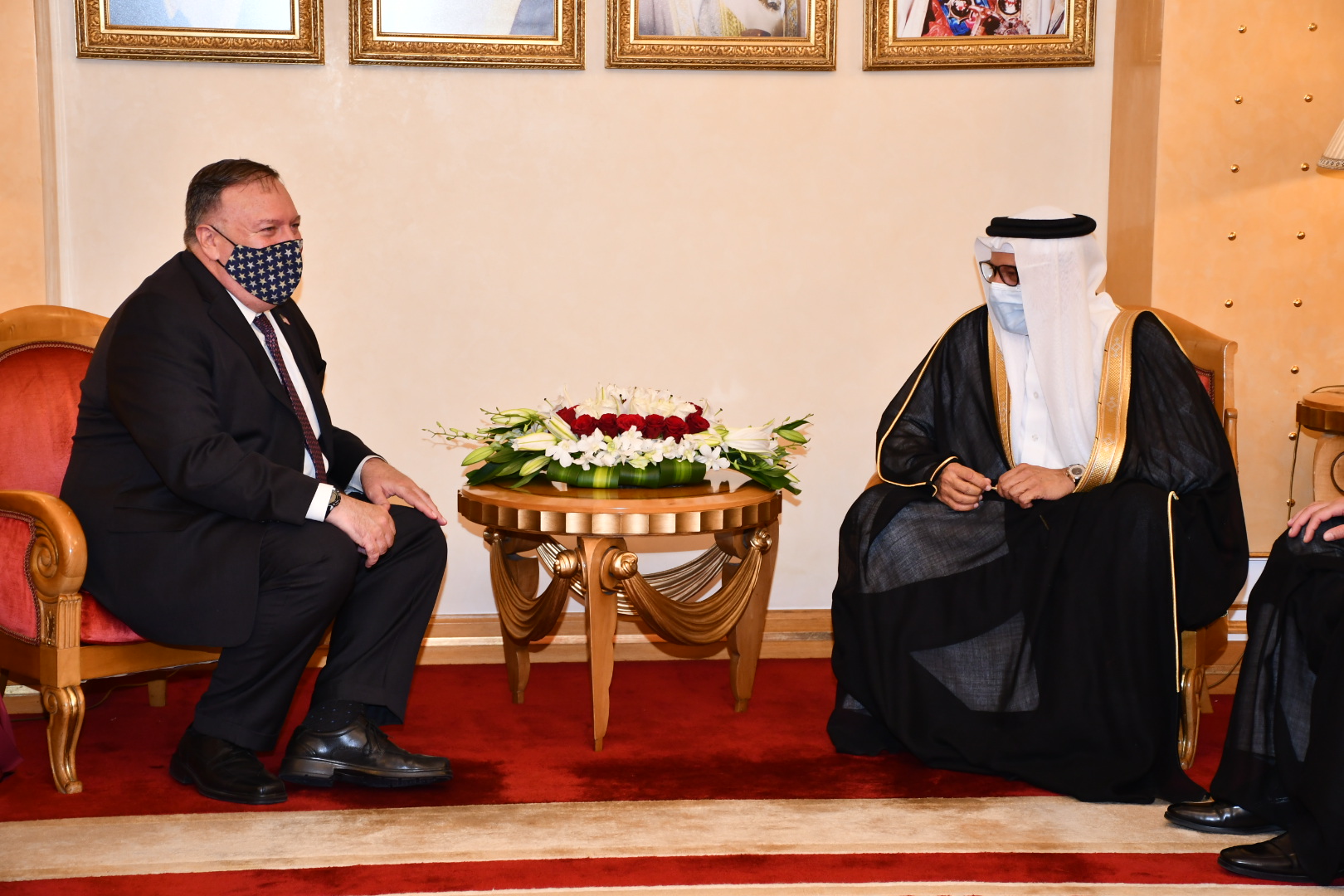 Pompeo has so far not achieved any new diplomatic breakthroughs during his trip to Arab states.

Bahrain, in talks with US Secretary of State Mike Pompeo, said Wednesday that it was committed to the creation of a Palestinian state, implicitly rejecting his push for Arab countries to swiftly normalize ties with Israel.

Bahrain’s King Hamad bin Isa Al-Khalifa said he told Pompeo in Manama that his country remains committed to the Arab Peace Initiative, which calls for Israel’s complete withdrawal from the territories it captured in 1967, in exchange for peace and the full normalization of relations.

Sudan on Tuesday dashed US hopes for a speedy breakthrough there, saying its transitional government, which replaced ousted strongman Omar al-Bashir last year and is set to rule until elections in 2022, has “no mandate” to take such a weighty step during the transition.

Pompeo’s trip included him offering a recorded message in Jerusalem supporting US President Donald Trump’s reelection campaign for the Republican National Convention — a speech that cast aside his own advice to American diplomats to be apolitical and bulldozed a long tradition of non-partisanship by previous secretaries of state.