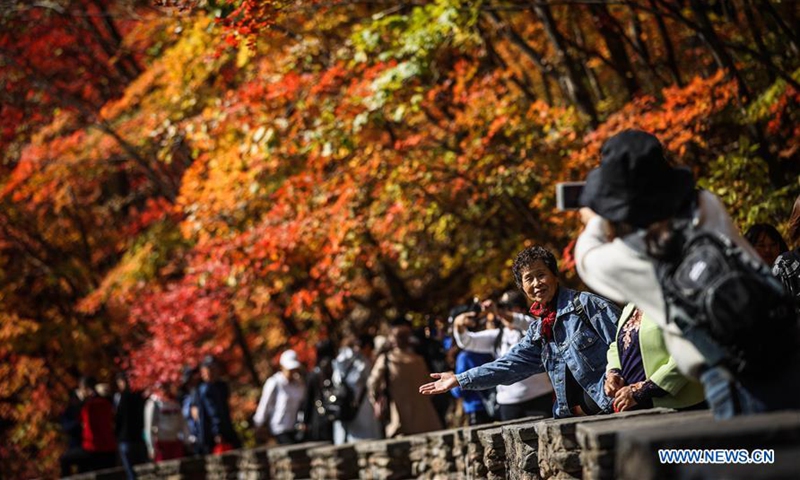 Crowds have returned to scenic spots and traffic jams have made headlines across China as people eagerly travel during the National Day holiday period, but analysts suggest the recent “tourism boom” does not threaten China’s hard-won victory over the coronavirus as normalized control measures are being strictly followed.

Chinese people have enjoyed a long-awaited break and made 637 million trips during the eight-day holiday, longer than usual as this year’s Mid-Autumn Festival overlapped with the National Day holidays. The number of trips was 79 percent of that during the same period last year, according to the Ministry of Culture and Tourism, while industry revenue hit 467 billion yuan ($69 billion), 70 percent of the same period last year.

As people unite with their families for the Mid-Autumn Festival, enjoying holidays in scenic spots, the country’s strict epidemic control measures have guaranteed people’s safety.

Health experts noted that there have been no domestic cases of COVID-19 recorded over the past week, suggesting the general safety of large gatherings, a result of China’s efforts in curbing the spread of the virus domestically and effectively controlling imported cases.

China’s recent outbreaks have been in separate spots and all brought under control so far, ensuring that large gatherings would not result in infections as there are no sources of infection in the country, analysts said.

A total of 30 major scenic spots in Central China’s Hubei Province received more than 2 million travelers, with the Yellow Crane Tower and Wuhan Haichang Polar Ocean Park top destinations. The province’s total number of visitors has so far been 52 million, 72 percent of the same period last year, on pace with the national level.

Pre-registration has also helped sightseeing spots monitor their total number of visitors and adjust peak amounts. Group tours have a 50-person cap and tour guides have been preparing face masks and disinfectant for all travelers. All staff are required to undergo nucleic acid tests before resuming services, according to a Hubei industry practitioner.

Although people have enjoyed the fresh air in outdoor spots, they are still required to wear face masks indoors and on public transportation. 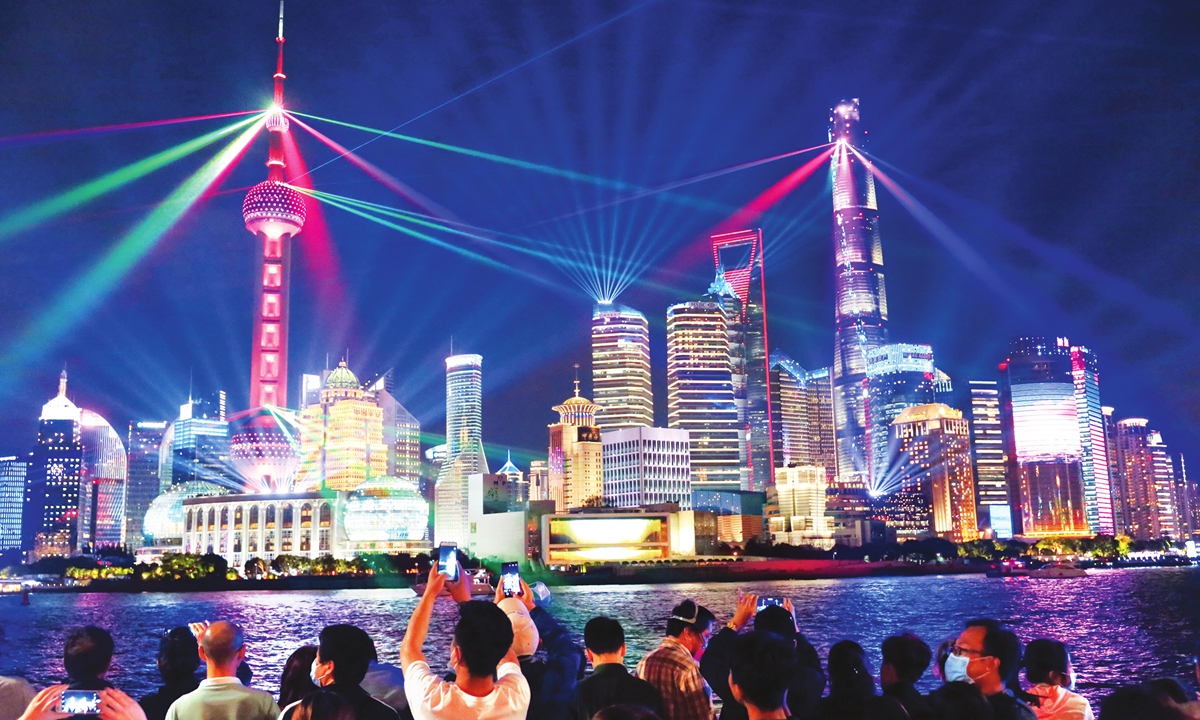 Tourists take photos of a light show at the Bund in Shanghai on Wednesday night during the National Day holidays. Old buildings and modern high rises on each side of the Huangpu River make the Bund a popular tourist spot. Photo: cnsphoto

“Everything seems to be back to pre-outbreak, the crowds are on the streets, long lines are seen outside restaurants, and we are getting used to temperature checks everywhere and health codes have become the most frequent tool I use,” a Beijing resident, who traveled to the Bund in Shanghai, told the Global Times on Thursday.

Yang Zhanqiu, a deputy director of the pathogen biology department at Wuhan University, told the Global Times that because no domestic cases have been found during the past week, it proves the effectiveness of normalizing epidemic control measures.

China’s outbreaks are all in separate spots and have been brought under control, meaning the majority of the people are safe and large gatherings are safe, Yang said, noting that the public also has a strong awareness of self-protection.

Moreover, a number of high-tech products have been applied at tourist attractions, airports and train stations to aid epidemic control, such as AI facial recognition, infrared body temperature measurement and luggage tracking technologies. Tourist sites also have medical staff on standby ready to deal with any possible emergencies.