When it opened in Brussels 31 years ago, many said a tourist attraction about European integration would never work. Now Mini-Europe – a collection of miniature landmarks and probably the only theme park in the world dedicated to the European Union – is closing its doors. Earlier this month, owner […]

When it opened in Brussels 31 years ago, many said a tourist attraction about European integration would never work. Now Mini-Europe – a collection of miniature landmarks and probably the only theme park in the world dedicated to the European Union – is closing its doors.

Earlier this month, owner and director, Thierry Meeùs, announced he had failed to reach agreement with landlords Brussels Expo, despite promising “major investment”. In a statement released last week, he said the Covid-19 crisis had “spared no one”, leaving him no other choice but to close on 31 December 2020.

Belgian media have since reported that the park, which includes the Eiffel Tower, Mount Vesuvius and the Acropolis modelled in exacting detail, could move outside Brussels. The nearby towns of Louvain-La-Neuve and Waterloo have been touted as possibilities. Meeùs did not respond to messages from the Guardian about his plans.

The closure, nevertheless, is a blow for Brussels, which likes to style itself as the capital of Europe. Opened in 1989, the year the Berlin Wall fell and European leaders debated a single currency, Mini-Europe champions “maxi” Europe. The park has a model of the European commission’s star-shaped Berlaymont headquarters, complete with a tinny version of EU anthem Beethoven’s Ode to Joy that plays at the touch of a button.

The guidebook can read like an EU policy paper, chiding for example “the low percentage of GDP” spent on research in Europe – a common worry for Brussels officials. Elsewhere it blames the euro crisis on “a lack of Europe and shared European policy”. Meanwhile, numerous EU commissioners and MEPs have toured the miniature continent, which lies in the shadow of the Atomium, the futuristic structure built in 1958.

And in Mini-Europe, there is no halfway membership: no place for European Free Trade Association Members Norway or Switzerland, nor room for EU hopefuls North Macedonia or Albania. Meeùs told the Guardian in 2016 he once turned down a bid from Turkey – an EU candidate country – to enter the park.

After the big bang enlargement in 2004, when 10 mostly central and eastern European countries joined the EU, Mini-Europe also expanded. But it took so long to construct the new miniatures, that diplomats from at least one member state formed an informal group to lobby for their place in the park.

But the park made a partial exception for the UK. Before coronavirus, Brexit was arguably the biggest crises in the history of Mini-Europe. While Meeùs once said a leave vote would mean the UK would have to quit the park, he since found a compromise: a customs border. The UK section, which includes the Houses of Parliament, Anne Hathaway’s cottage and 1980s-style British Rail train, has been cordoned off from the EU. So far, Mini-Europe’s White Cliffs of Dover are not yet surrounded by queuing lorries, but pro-and anti-Brexit protesters continue to demonstrate near the site’s Big Ben, which was refurbished at a cost of €120,000 shortly before the Brexit vote.

While it’s not hard to find a few snarky reviews denouncing the park as an overpriced tourist trap, there is also a lot of affection, unsurprisingly among EU officials. One was sorry to hear of its Brussels closure. “We loved it,” said the official who estimated his family had made up to 10 visits in 15 years. “We went there more than once with the kids, we took all our guests from [our home country] there.

“Sometimes on an overcast day it looks a bit rundown, but there was always something funny and amusing,” the person said. “Disneyland would be shiny with animators [characters] on every corner,” the person added, but Mini-Europe was “very charming” and “it was fantastic it was there”.

Trump to appear at White House event, first since returning from Walter Reed

Sat Oct 10 , 2020
President Trump on Saturday will hold his first public event since testing positive for coronavirus, delivering remarks from a White House balcony to group of supporters on a law and order theme. Trump tested positive Oct. 1 and was transported to Walter Reed National Military Medical Center with serious symptoms the next […] 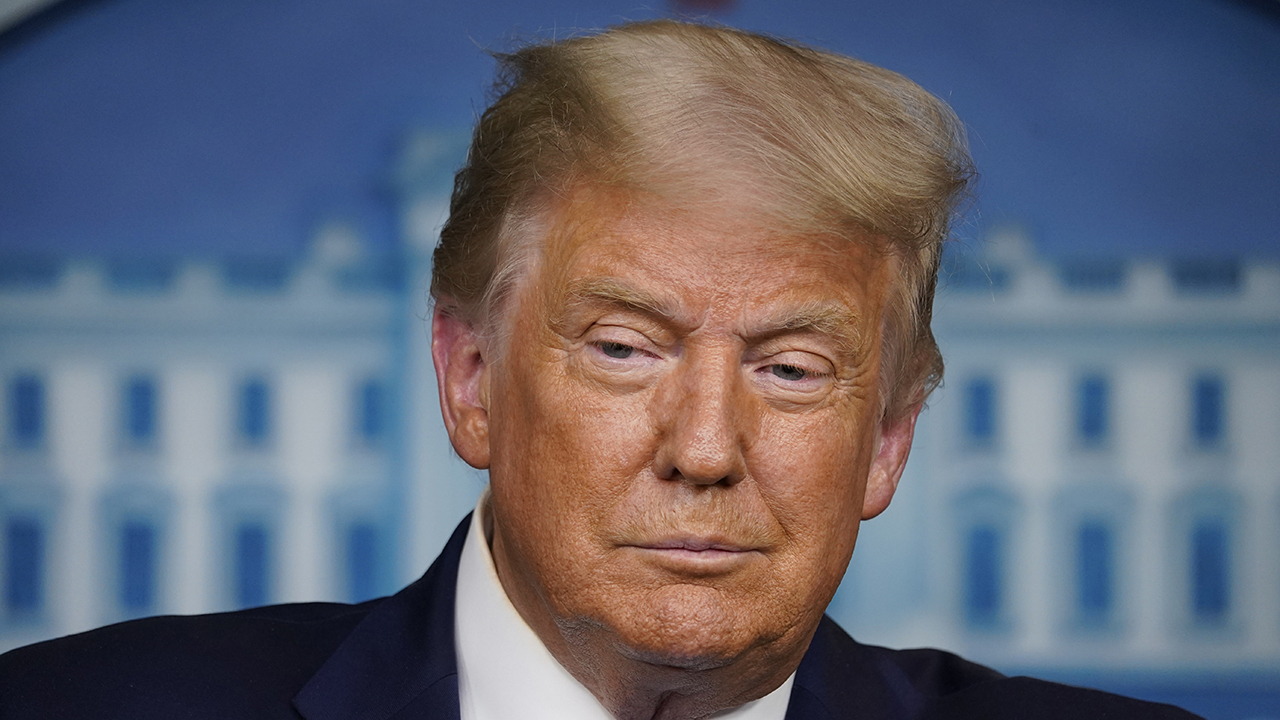