As the government-subsidized Go To Travel tourism promotion campaign picks up steam with the recent inclusion of travel to and from Tokyo, tour companies are rushing to offer travel packages, with some apparently over the top. Experts say problems have emerged with the program, aimed at supporting the industry hit […]

As the government-subsidized Go To Travel tourism promotion campaign picks up steam with the recent inclusion of travel to and from Tokyo, tour companies are rushing to offer travel packages, with some apparently over the top.

Experts say problems have emerged with the program, aimed at supporting the industry hit hard by the novel coronavirus pandemic, because the campaign was worked out in a rush.

A travel agency in Tokyo has started selling a ¥40,000 hotel stay package, with shopping vouchers that can be used at major duty-free shops accounting for ¥30,000 of the total price.

The package became a hot topic on the internet because the value of the shopping vouchers surpasses the amount a person needs to pay for the plan.

The Japan Tourism Agency has told the travel agency that the plan is problematic as the vouchers are easily convertible to cash even if their use is limited during travel. The plan was deleted from the firm’s website.

Business operators participating in the Go To Travel campaign are prohibited from offering travel plans coupled with cash vouchers and other coupons that can be converted to cash easily.

But travel plans with vouchers such as gift tickets and prepaid cards are seen here and there on booking websites. There are also plans with vouchers that can be used inside accommodation facilities and for purchases of local specialties, as well as entrance tickets for tourist facilities.

“We can’t uniformly prohibit them because the important point is whether these are in line with the purpose of promoting tourism,” an official of the government agency said, while noting that the distribution of cash vouchers is banned.

Staff workers at the secretariat for the campaign will monitor travel plans and warn businesses whose plans are found problematic.

A 12-night plan, which usually costs some ¥260,000 including lesson fees, is discounted to about ¥170,000. In addition, it comes with coupons worth some ¥40,000 that can be used at souvenir shops and eateries at travel destinations. The plan quickly sold out.

The Japan Tourism Agency sees no problem with such training camp plans as participants may spend money during their stays.

But there are voices questioning whether they fall into the category of tourism.

An official at a driver’s license school in Tokyo that does not offer a training camp, said, “It’s impossible for us to compete on price (against such camps).”

Takao Ikado, professor at Takasaki City University of Economics well-versed in tourism, said that the secretariat for the campaign and participating businesses are still confused as the campaign was launched in a rush.

“It’s important for businesses to refrain from introducing questionable plans so as not to make (the government) think that the campaign is a waste of taxpayer money and should be scrapped,” Ikado said.

Tue Oct 6 , 2020
Lieutenant Governor Anil Baijal on Tuesday chaired a meeting of the Delhi Disaster Management Authority (DDMA) with Chief Minister Arvind Kejriwal and senior government officials to review the management of the COVID-19 situation in Delhi. According to Raj Niwas sources, neither the issue of staging Ramlilas during the upcoming festival […] 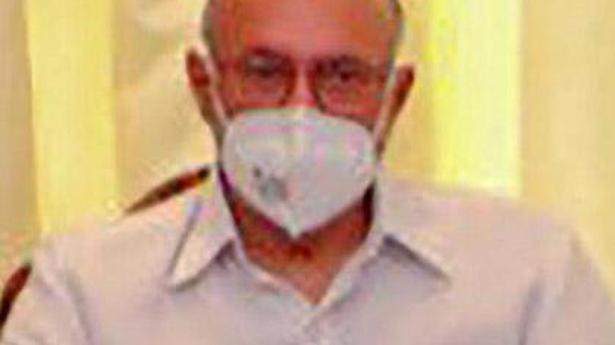