SEATTLE — Recreation is turning into “wreckreation,” as COVID-cabin-fevered hikers, campers and day-trippers venture out and damage public lands all over Washington — including, it seems, sparking wildfires with careless or clueless behavior. “We are experiencing people who don’t normally go outdoors, but it’s what they have, with nowhere else […]

SEATTLE — Recreation is turning into “wreckreation,” as COVID-cabin-fevered hikers, campers and day-trippers venture out and damage public lands all over Washington — including, it seems, sparking wildfires with careless or clueless behavior.

“We are experiencing people who don’t normally go outdoors, but it’s what they have, with nowhere else to go to get away from the chaos,” said Janet Pearce, spokesperson for the state Department of Natural Resources (DNR). “But they are bringing that chaos to our trails.”

Some of the fires the state DNR is presently fighting — across hundreds of thousands of acres, at great cost of public money and risk to firefighters — were started when power lines were downed by high winds. But many were caused by humans.

At least 107 of the 815 fires on DNR land so far this year were caused by recreation, according to the agency. More than twice that many were caused by burning debris. Nearly 30 were classified as arson.

Public land managers say they’re fit to be tied with the behavior of people this summer who either don’t know or don’t care what they’re doing in the woods.

In this hot, dry weather, grass and brush are like tinder, and Pearce said it doesn’t take much to set them ablaze: Campfires not properly put out. Sending sparks out when firing up an off-road vehicle. A cigarette flicked out a car window. Illegal fireworks.

That’s not all, stewards of public lands say. When people head outdoors in Washington — to the tidelands, beaches, parks and forests that make Washington so special — they’re just plain making a mess.

There are the hikers who bash through wildflowers or fragile sagelands to make their own trail, and campers who make their own campsites wherever they see fit. From a lack of trail etiquette to bags of dog waste and trash strewn around, Leave No Trace is being left behind.

And the crowds pushing into areas already so overrun that the parking lot is full and cars are parked for miles down the road. Really. Miles.

Then there are those who avoid the flush toilets in state parks and opt to bring their own portable potty, then empty it in a dumpster for state parks staff to deal with.

But the scariest foible is fire.

“Mostly, its campfires not properly put out,” Pearce said. “Fireworks are also a huge problem, and they are illegal on DNR lands.”

Agency land managers are sympathetic with people aching to get out and enjoy the state’s public lands — but they urge visitors to recreate responsibly.

“People are just trashing the land and not taking out what they take in. It has caused a real headache, making these lands into a dumping ground,” Pearce said. “It’s the clueless factor. We need to reach these people who don’t care. Yes, it is your land. But you have to protect it.”

Bringing new people to outdoor recreation is a good thing, said Anna Gill, communication director for Washington State Parks. But there has to be an ethic that goes along with every park visit. Too many people are forgetting that — or never learned it.

“Overall, what we are seeing are people coming to our parks that are new to outdoor recreation, and there is a lack of understanding, awareness and protocol,” Gill said. “We are trying to educate people as much as possible.”

That’s all the harder for land managers already dealing with budget and staffing cratered by the pandemic. “We are doing a lot more work with less people,” Gill said.

Search and rescue crews also have been run ragged by unprepared and lost hikers this season. Olympic National Park had a total of 22 search-and-rescue incidents just in the month of July. Park staff urge visitors to bring the 10 essentials — and know how to use them.

At times this summer, the crowds have been so large or the risk to public lands so high, agencies have closed public lands in order to protect them.

The DNR recently closed all its recreation lands east of the mountains to protect them during dangerous fire conditions as tinder-dry fuels, high winds, and hot weather stoked fire risk.

“Anything can cause a spark. It is so scary. Things can start accidentally,” Pearce said. “We can’t afford another large fire in our state.”

1. Have a plan before leaving home. Check the status of the place you want to visit. Have a backup destination in case your first choice is crowded.

2. Pack a lunch; bringing your own food avoids overwhelming stores in small, rural communities. Bring other essentials such as hand sanitizer, a mask and extra water.

4. Stay safe so others don’t have to come to your aid. Choose lower-risk activities and slow down to reduce your risk of injury. Search-and-rescue crews and health care resources are strained.

5. Explore locally. Limit long-distance travel and instead use the parks, trails and public spaces near where you live.

6. Leave no trace. Take all your garbage and debris with you and dispose of it properly.

7. Respect others and make the outdoors an inclusive and welcoming space for all identities and abilities.

Hiking can be dangerous at times. Here are five tips from the Washington Trails Association for going prepared and staying safe:

1. Check the latest trail conditions: Read how others have fared when choosing a hike. Contact the local ranger station for current conditions.

2. Let someone know where you’re going: Let them know your intended destination and when you plan to return, and update them if plans change.

— Water and a way to purify it

An emergency shelter, hiking poles, ice ax and snowshoes are also worth considering, depending on the season and where you’re going.

4. Watch the weather forecast: Conditions can change minute by minute. Don’t force a hike. If the conditions aren’t right, save it for another day.

5. Beware of hunters: Wear orange clothing and make noise while you hike if you’re traveling in hunting zones during hunting season.

Savor The Final Flashes Of Summer Out West

Sat Sep 19 , 2020
Yosemite National Park is stunning at sunset. Wendy Altschuler As summer winds to a close and fall begins, you might be wondering how best to relish the warmer weather and enjoy the informal final weekend of the season. For many, this might be the last hurrah before buckling down for […] 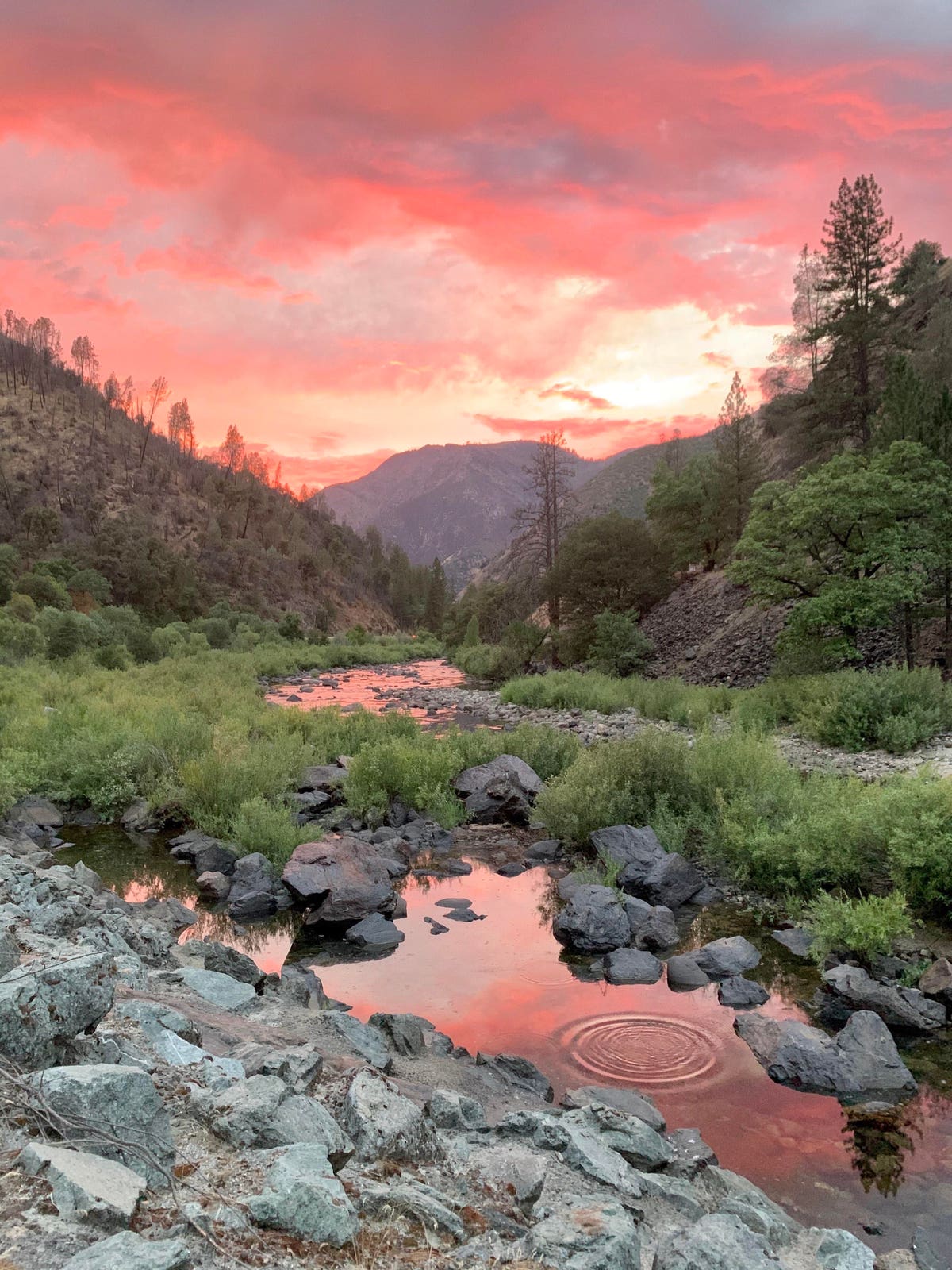