Two years into travel nursing, Sierra Levin had no plans to settle down. Working around three months at a time at hospitals in California, Massachusetts and Texas — and taking time off in between to explore France, Australia and New Zealand — the 26-year-old was enjoying the adventure too much […]

Two years into travel nursing, Sierra Levin had no plans to settle down. Working around three months at a time at hospitals in California, Massachusetts and Texas — and taking time off in between to explore France, Australia and New Zealand — the 26-year-old was enjoying the adventure too much to stop.

© Courtesy Sierra Levin
Seen Lakeside in Queenstown, New Zealand, Sierra Levin had planned to go for nursing gigs in Los Angeles, Denver and Seattle this year and spend a few months in Australia again. But because of the pandemic, she’s staying on in Texas.


Ryan Cogdill knows the feeling. “It’s an addiction for me, the freedom I have,” says Cogdill, who’s cared for patients throughout his native California, in Denver and in Austin. He’s even taken assignments in Maui and Guam.

Work a 13-week contract, travel the world for a month, repeat: That’s more or less been life for Cogdill, 31, for the past seven years.

Levin and Cogdill are far from the only registered nurses criss-crossing the country to fill in-demand positions at hospitals. From flocking to places that need all hands on deck at certain times of the year, like during flu season, to simply filling out a unit’s staffing needs, travel nurses make up around 1.5% to 2% of US nurses.

© Courtesy Brittany Greaves
For many travel nurses, like Brittany Greaves here, the opportunity to take weeks-long vacations in between weeks of contract work in a new place, appeals.


And the market for travel nursing is expanding, with research from Staffing Industry Analysts showing a 14% jump in revenue from 2019 to 2020. This demand is underscored by the nursing shortage happening in many parts of the country, one that’s only expected to worsen.

“Travelers,” as they’re known in the medical community, don’t fly totally solo. They work with staffing agencies to find placements based on expertise in a particular specialty (nurses with experience in the intensive care unit and emergency room, plus medical-surgery and operating room nurses, are some of the most in-demand caregivers). They’re also placed based on location and salary preferences.

© Emily Cheng
Ryan Codgill headed to Seattle in March, when it was the first US city to experience a spike in confirmed Covid-19 cases.


Recruiters also help iron out contract details, from how many weeks a job will be (ranging anywhere from 26 to four) to stipends for housing and meals.

Hospitals can range from rural facilities to major medical centers. Along the way, travelers can explore life in different places for far longer than most vacationers — with the added flexibility of taking weeks-long vacations between hospital stints, too.

But even travel nurses, used to high-stakes medical environments and changing their lives overnight, weren’t expecting how dramatically things would shift once the Covid-19 pandemic hit.

Many, like Cogdill, right away felt compelled to take assignments on the front lines. He headed to Seattle in March, when it was one of the first US cities to experience a spike in confirmed Covid cases.

“I felt a responsibility to be here and take care of people,” he explains, adding that he also wanted to relieve fellow healthcare workers battling the virus nonstop.

(States and agencies in pandemic hotspots are still desperate to bring in nurses and healthcare workers, offering increased crisis pay and waiving some licensing requirementst.)


Other travel nurses found themselves with plans and jobs abruptly upended.

In early March, Brittany Greaves, 31, was traveling in South Africa after a two-week medical volunteer trip. When the severity of the pandemic became apparent, she scrambled to get a flight to Los Angeles, not knowing whether the pediatrics job she’d signed a contract for there would pan out amid the crisis.

Hospitals were canceling contracts en masse, as elective procedures and other non-Covid treatments slowed or were paused altogether.

Other canceled contracts stemmed from hospitals that overestimated a surge in Covid cases.

Travel nurses, “already live in so much uncertainty,” she says — canceled contracts aren’t unheard of in normal times. Travelers often don’t receive paid time off or sick days, but “this was a perfect storm in our world.”

After quarantining for two weeks, Greaves was able to start her contract. For months, many of her pediatric travel nurse friends weren’t so lucky.

Given the uncertainty, Levin has decided to stay put for now, extending her pediatric cardiac intensive care unit contract in Austin, Texas.

© Cody Cowart
Work a 13-week contract, travel the world for a month, repeat: That’s more or less been life for Ryan Cogdill, 31, for the past seven years.


She had planned to go for nursing gigs in Los Angeles, Denver and Seattle this year, and spend a few months in Australia again, but with attractions closed and meeting new people untenable, “I can’t really explore and don’t feel safe indulging in new cities,” she says.

Plus, Levin’s not comfortable flying right now. Starting over somewhere new just “is not worth it,” when she already has the support of friends and co-workers in Austin.

This support system is vital. Though she’s not currently treating Covid-19 patients, working in medicine in a current virus hotspot, she says, “is terrifying.”


Also weighing on her? The federal government’s pandemic response, and some Americans refusing to take mask-wearing or social distancing seriously.

Levin silently counterprotested a rally to reopen Texas at the State Capitol. There, rally-goers questioned the reality of the virus and accused Levin and fellow healthcare workers of being paid actors. Afterward, “I was mentally distraught for days,” she says.


She’s not alone. An early study out of Wuhan, China, where the virus outbreak began, and other regions of the country, showed that, of frontline healthcare workers, nurses especially reported experiencing a heavy psychological burden.

In another study of Wuhan nurses specifically, burnout and fear were among the most prevalent mental health challenges. In the United States, less than 40% of recently surveyed travel nurses said their facility provided mental health resources, and 70% said they feared for their safety at their assigned hospitals.

Coping as an essential worker

For travel nurse Emily Cheng, caring for Covid patients in a Seattle ICU has been “a roller coaster,” the 28-year-old explains, from PPE shortages to seeing patients fight for their lives.

Life outside the hospital has been difficult, too. “When we wear clean scrubs outside or in the grocery store, people think we have the plague. They don’t even want to make eye contact. No one else understands what we’re seeing and going through.”

To cope, travelers have turned to one another, she says, gathering over Zoom and referring out-of-work nurses for job openings. “It’s made our community closer.”

Greaves agrees. “I didn’t feel like my family members and friends could understand,” she says, pointing out that magnified racial tensions have added extra stress for Black nurses in particular. And at work, “we can’t talk about this in the breakroom.”

In July, she hosted an event for Black healthcare professionals to “reflect, release and rejuvenate,” through conversation, yoga, journaling and meditation.

Greaves is hopeful that once she feels it’s safe, travel will be an outlet for her again.

Since leaving her native Raleigh, North Carolina, four years ago for an assignment in New York City, she’s taken contracts in Phoenix, Baltimore and San Francisco.

If she takes to a place, Greaves will extend her contract, common practice for many travelers.

She’s also made time for plenty of adventures in between: Greaves has gazed at the Milky Way over Yosemite National Park, rung in a New Year in Ghana, celebrated her 30th birthday in Bora Bora and spent two months volunteering on a surgical ship docked in Conakry, Guinea, blogging about it all along the way.

But even though it might look like it online, travel nursing isn’t just for young, single people, says Greaves. “I’ve met nurses who are divorced or their kids are out of the nest, I’ve met a woman who flies back and forth to her family on the weekends,” she explains. “I’ve seen it all. You can make traveling work whatever your life is, you just have to be flexible.”

She’ll need to draw on this flexibility come October. When Greaves’ current contract ends, “I’m going to put my pediatric shoes down,” and pitch in wherever Covid is spiking. “I feel a strong pull to help where I can. I want to say when it’s all over, I helped in this pandemic.”

Cheng, too, shares her experiences with current and aspiring travel nurses.

On Instagram, between shots in scrubs, the nature enthusiast posts about hiking to crystalline waters in backcountry Arizona and backpacking in dramatic mountain ranges in the Pacific Northwest. Still, she says, picking up and moving from city to city and hospital to hospital can be lonely and isolating.

A cure for loneliness

While some nurses travel together, from couples to groups of friends, often that’s not the case. And Instagram hashtags, Facebook groups and hospital orientations only go so far to help nurses new to a place meet people.

This explains why Cheng and Cogdill felt compelled to launch MedVenture, a platform uniting medical travelers; as the pandemic rages, they feel this type of resource is even more important.

That’s especially the case since a growing number of nurses are keen on hitting the road. “More and more staff nurses,” nurses working more traditional hospital roles “are seeing the appeal” of travel nursing and starting to wonder if it’s for them, says Cogdill.

Social media is, in part, to thank for this. On Instagram, many current travel nurses post prolifically about the benefits of the lifestyle, from getting immersed in new places and learning from new teams and patients. Another draw? Travel nurses often earn more money.

Cheng and Cogdill will continue to fight the virus, expand their skills and add to their resumes when they head to Oahu in September.

Crisis contracts in Hawaii are a result of the area’s overwhelming Covid-19 cases and the island state’s understaffed medical system. Battling a coronavirus surge all summer, Hawaii has effectively shut down to tourists until at least October 1. The Army National Guard has been called in, and the state is requesting the federal government’s assistance.

Details from the frontlines like these don’t deter Greaves.

As a travel nurse, she says, “getting thrown into the fire is what we’re used to. I feel that we’re built for this.”

Video: This might be your most important flu vaccine ever (CNN)

This might be your most important flu vaccine ever 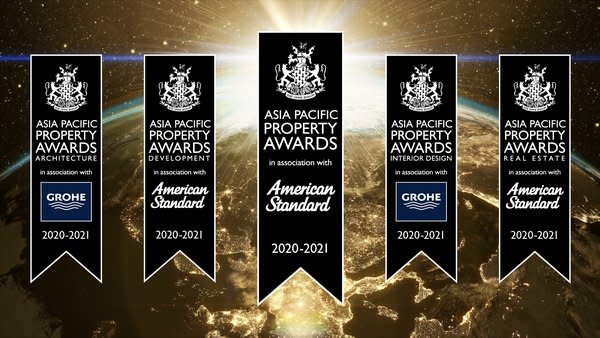