Rick Steves in Bern, Switzerland. Dominic Arizona Bonuccelli Photography For one of the world’s foremost frequent travelers, a journal entry written years ago eerily reads, “I’d like to be quarantined from reality.” Rick Steves’ private “High Notes” — an ongoing diary he’s kept for the past four decades — is […]

For one of the world’s foremost frequent travelers, a journal entry written years ago eerily reads, “I’d like to be quarantined from reality.” Rick Steves’ private “High Notes” — an ongoing diary he’s kept for the past four decades — is dedicated to what his mind ponders while high.

You may be surprised to learn that cannabis is a personal pursuit of the famed guidebook author and PBS personality. Steves, 65, smoked his first joint in Afghanistan in the 1970s and formalized his passion for ending America’s prohibition of the plant in 2013 when he was elected to the National Organization for the Reform of Marijuana Laws’ (NORML) board of directors. Prior, Steves was heavily involved in his home state of Washington campaigning for passage of I-502 in 2012. He first spoke out on the subject — albeit anonymously — in the late-1980s on the Seattle’s KIRO-FM.

“For me, this is not about being pro-pot. It’s about fighting racism, it’s ending a thriving [illicit] market that enriches and empowers gangs and organized crime, it’s about ending a failed prohibition based on lies, and it’s about our civil liberties,” said Steves during a recent phone interview.

Beyond his television hosting duties and bringing more than 30,000 travelers to Europe and committing to a self-imposed carbon tax of $1 million for it every year, Steves goes to church every Sunday and is an avid philanthropist; he works closely with several advocacy groups and supports more than 170 organizations across the globe ($1 million to Bread for the World and $100,000 to NORML are among his annual gifts).

“He has the fervor of the true evangelist: The more people he meets, the more cities he visits, the more lives he might change,” Sam Adams wrote in a revealing New York Times Magazine profile (including more endearing marijuana-fueled musings from “High Notes”).

In his latest blog, NORML founder Keith Stroup praised Steves as “an especially unlikely NORML advocate, whose public support carries great credibility. He is perhaps our single most effective advocate for full legalization of marijuana.”

According to NORML’s October 1 report, the total number of persons arrested in the United States for violating marijuana laws declined for the first time in four years while the number of arrests for all violent crimes is still on the rise.

“Police across America make a marijuana-related arrest every 58 seconds,” said NORML executive director Erik Altieri. “At a time when the overwhelming majority of Americans want cannabis to be legal and regulated, it is an outrage that many police departments across the country continue to waste tax dollars and limited law enforcement resources on arresting otherwise law-abiding citizens for simple marijuana possession.”

During his recent two-week barnstorm with NORML and MPP, the ever-inspiring Steves spoke candidly about his happiest highs, the power of privilege and the future of travel.

Katie Shapiro: Where in the world were you when you discovered cannabis?

Rick Steves: I didn’t smoke marijuana at all in school. Throughout college, I was the one guy that thought, “This is silly…I’m naturally high. I don’t need to smoke this to be happy.” When I’m traveling, I like to be a cultural chameleon. I like to become a temporary local. I drink tea in England. I drink Ouzo in Greece. I drink beer in Prague. And I’d never have a beer in Tuscany, because you drink red wine in Tuscany! So when I was in Afghanistan, India and Nepal, I [became] really into marijuana, because it’s part of the society there. And it’s a religious herb, even. So I decided when I was on that trip, that I [was] going to just see what this is all about. So I smoked it. And [those were] some of the happiest days of my life, I’ve got to say.

Shapiro: How did it change your thinking so drastically? You had to have been influenced by the War on Drugs back then?

Steves: I went home and I realized it [was] a lie. Our society [was] embracing a lie. I knew people in church … in media … in the rotary club that were enthusiastic about the delights of smoking marijuana responsibly. And they couldn’t even tell [anyone] because they were afraid people would think less of them. I’m a hardworking, tax-paying, church-going, kid-raising, American citizen. If I work all day long, really hard, and I go home and I just want to smoke a joint and stare at the fireplace for three hours, it’s my civil liberty. I’m not saying it’s good. I’m not saying it’s healthy. I’m not saying other people should do it. I’m saying if I want to do it, that’s my civil liberty. This is a principled stance.

Steves: I know how privileged I am. I’m a travel writer. And for me, high is a place. And sometimes I want to go there. And there are situations when my government can say I can’t go to a certain place — like Cuba. But there needs to be a good reason for it. My government has no right to tell me I can’t, in the privacy of my own home, smoke and enjoy a little marijuana. Generally in Europe, a joint is about as exciting as a can of beer. The fact that in America we arrest over 600,000 people a year … it baffles Europeans. The fact that we’ve got tens of thousands of people doing hard time in jail today because of nonviolent marijuana offenses, it just seems hard to fathom.

Shapiro: How are you, as someone who usually spends four months of the year on the road, staying sane?

Steves: Here I am, the travel guy stuck at home. I like to say now, “Happy travels, even if you’re just staying home.” We can travel while staying home. That’s the beautiful thing about recreational marijuana. I love music. And for me, to appreciate music with the help of marijuana is a wonderful thing. I love to play impressionistic music. And it’s delightful anyways, but it’s even more delightful when you’re a little bit high.

Shapiro: Your father was a band teacher and piano technician … you must play pretty beautifully.

Steves: One thing I’ve been doing is, in the dark, letting chords take me on a journey. I go through random beautiful chords, and I see how they resolve. Also, I talk more about marijuana than I smoke it. I don’t have any qualms about it, but it takes time to smoke marijuana. And when I’m really busy, I don’t have a lot of time. When I do smoke it, I’m ready to really relax and enjoy the moment.

Shapiro: As a self-proclaimed workaholic, have you been able to slow down at all to really relax?

Steves: Up until now, I’ve just been sort of addicted to productivity. And this whole pandemic, I think it’s God’s way of telling me to slow down. And it’s sort of therapy for a workaholic. I’m realizing there’s more to life than increasing its speed. And I’m enjoying that. The big challenge for me was to get over being disappointed because I’m not able to just rock it out in my business. [But] we’re working very hard on our content that helps people keep their travel dreams alive.

Shapiro: How do you think the future of travel will look?

Steves: We’re going to be traveling. It’s going to come back incrementally. My mission in my travel business — we joke it’s to inspire Americans to venture beyond Orlando. We’ve really got to get to know the other 96% of humanity and come home with what I think is the most beautiful souvenir: a broader perspective. Now that I can’t travel, I’m employing that same traveler’s mindset here at home. And I find it’s wonderful. This is a real practical life skill. A good traveler has a positive attitude, a curiosity, an eagerness to get out their comfort zone, and try different things. You come home with that and it just carbonates your life … it puts more colors on your palette.

Shapiro: Your positivity is so encouraging. Have you experienced any disappointment during the pandemic?

Steves: The biggest difficulty for me personally was that I was excited for my daughter, who’s getting married. I had booked one of our biggest, greatest tours, “The Best of Europe in 21 Days” for her fiancee’s family — Midwesterners who have never been to Europe — to show them the wonders of traveling and get to know them. My son, Andy, who works with me, was going to be the tour guide. I was going to take a Rick Steves tour for the first time in my life, purely to relax and enjoy and have fun with family. I told everybody, “We’re not canceling. We’ll just put it on hold.” I can hardly wait to make it happen.

This conversation has been edited and condensed for clarity. 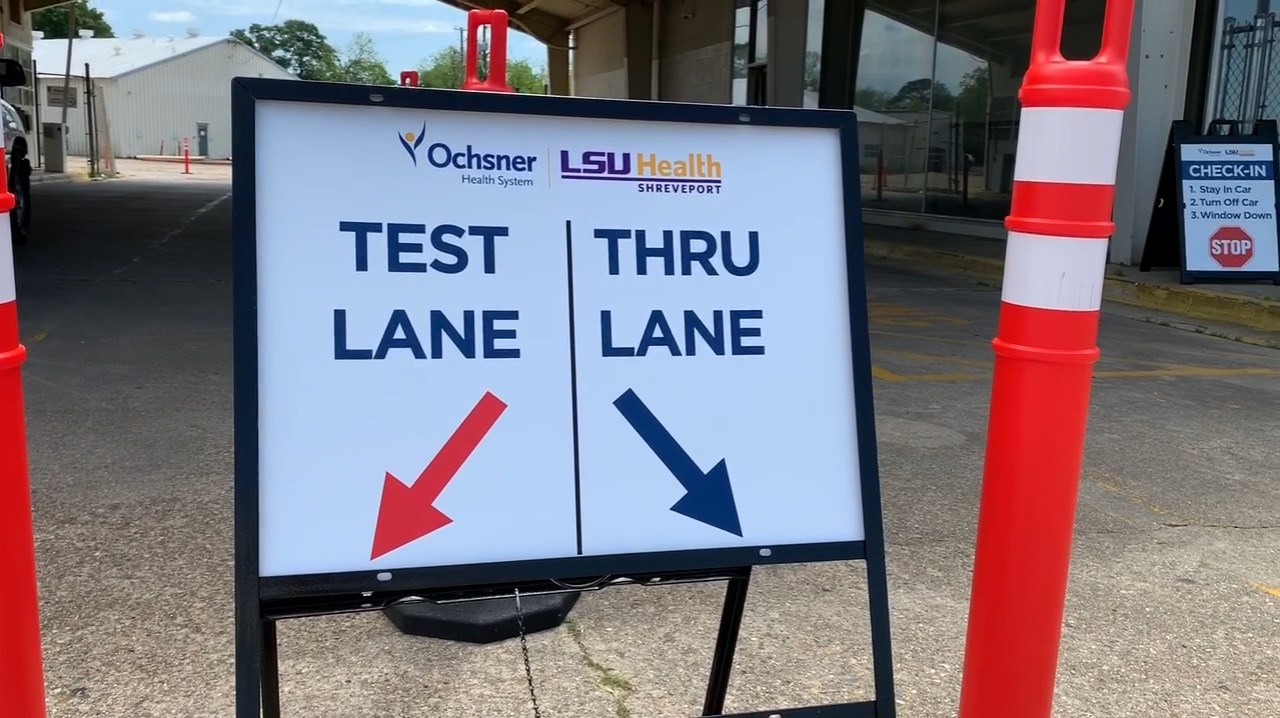