Mort Rifkin, the ostensible novelist at the center of “Rifkin’s Festival,” has longterm writer’s block, and it’s hard to imagine that Woody Allen has ever empathized less with a character. Where Mort believes it’s futile to write if the finished work is not going to be on the level of […]

Mort Rifkin, the ostensible novelist at the center of “Rifkin’s Festival,” has longterm writer’s block, and it’s hard to imagine that Woody Allen has ever empathized less with a character. Where Mort believes it’s futile to write if the finished work is not going to be on the level of Dostoevsky, the 84-year-old Allen continues churning out screenplays on an annual basis, unencumbered even by the increasingly distant memory of his own greatest work. His 49th feature, “Rifkin’s Festival” is the latest in a lengthy string of undistinguished bagatelles that might all be described as effortless, and not in an especially complimentary fashion.

Following Wallace Shawn and a typically jumbled grab-bag of fine actors as they mosey around the San Sebastián Film Festival — for which the film acts as an extended promo, duly opening this year’s edition — “Rifkin’s Festival” is a scenic summer-wind romcom that was presumably a good time for everyone involved. Saying the same for the audience would be a stretch, but on the spectrum of late Woody Allen clunkers, it registers on the mild, instantly-evaporating end of the scale, unlikely to change the positions of any loyalists, detractors, ex-fans or distributors with regard to the controversy-tailed filmmaker. Those who still turn up will be met with a blend of exhaust fumes from past Allens (and not even major ones, with “Celebrity” and “Vicky Cristina Barcelona” surfacing amid the recycled material), and a couple of sly one-liners in search of a peak-era script. These are the expectations now, and for better or worse, they are met.

At the very least, unlike last year’s twee, out-of-touch youth romance “A Rainy Day in New York,” “Rifkin’s Festival” finds Allen on more familiar thematic turf — chiefly, the anxieties and neuroses of undesired old men, alongside some fantasies that the film has enough self-awareness to mournfully thwart rather than fulfill. As Mort, Shawn is a comfier fit for one of the filmmaker’s standard self-surrogate protagonists than Timothée Chalamet was in “Rainy Day”: Shawn’s delivery may be stagier and less jittery than Allen’s, but you can practically hear the latter’s voice emerging, like Pazuzu’s through Linda Blair, when handed a line like, “I always think doctors will give me one month to live, and with my luck, it’ll be February.”

If that makes you chuckle, there’s more where it came from, though every quip belongs to Mort, a knowingly funny-tragic (“tragicomic” would grant him too much gravitas) figure shuffling through a world in which seemingly everybody is happier, handsomer and more socially able than he is. A retired film studies professor who’s been dawdling for years over a novel he’ll never write, he’s stuck in what’s plainly a dead-marriage-walking to Sue (Gina Gershon, showing brisk wit in a limited role), a sharp, successful film PR shepherding buzzy young auteur Philippe (Louis Garrel) through the festival circuit.

Sue brings Mort to the San Sebastián fest rather as you might take a pet for which you can’t find a sitter: He’s an afterthought from the outset, tagging glumly along to assorted premieres and cocktail parties while his wife busies herself with the dreamy, smooth-talking Philippe in more ways than one. Left to his own devices, Mort takes only so much compensatory pleasure in the Spanish coastal city’s wide beaches and shady, boutique-lined boulevards — all shot by Allen’s new standby cinematographer, Vittorio Storaro, with more touristic than cinematic imagination. It isn’t long before an over-exaggerated health concern leads him to local physician Jo (Elena Anaya), who inevitably turns out to be a warm, radiant beauty in a troubled marriage of her own to hotheaded artist Paco (Sergi López).

If Mort’s head-over-heels response is entirely predictable, “Rifkin’s Festival” steers mercifully shy of its least palatable trajectory: Jo humors the rambling old man’s overtures to an extent, but this isn’t a standard-issue May-December attraction so much as an extended vignette of two lonesomely married people finding in each other a sympathetic ear. The Allen of “Husbands and Wives,” or even “Stardust Memories,” might have made something bittersweet and lingering out of this trifling encounter, but his characters here are too faint and undefined, traced as they are around the silhouettes of too many others in his filmography, to engender much feeling at all. Even Allen’s dialogue seems to be cribbing from his own notes. On several occasions, the script finds ways to paraphrase his famous “the heart wants what it wants” quotation: “Sometimes, if the right person comes along, hard decisions become easier,” Mort shrugs at one point.

Those who watch Allen’s films in search of personal allusions and inferences may lightly raise their eyebrows at such moments, but otherwise “Rifkin’s Festival” cuts cautiously far from the bone: Its film-biz backdrop is little more than a pretext for some moderately droll cinephile game-playing, as Mort’s dreams and daydreams play out in skit-length pastiches of assorted classic films and cinematic movements. As a snob who disdains the American canon in favor of the European masters he spent years teaching, Mort’s unconscious regularly drifts into black-and-white scenes from Fellini, Buñuel, Godard and so on — few of which serve any purpose beyond allowing viewers to check off the none-too-obscure references. Lest an initial parody of “Persona” prove too esoteric, we get a second crack at Allen’s long-beloved Bergman (featuring a wry Christoph Waltz as you-can-probably-guess-who) that even laymen would struggle not to get.

It’s telling, though, that even such quintessentially Allen-esque in-jokery isn’t as clever or as carefully rendered as, say, the feature-length German Expressionist homage he pulled off in “Shadows and Fog” — in large part because Storaro’s hard-edged digital lensing simply doesn’t evoke the differing monochrome textures of eras past. At least least these interludes provide an eye-soothing break from the film’s garishly over-saturated color imagery, which place so little trust in the natural tint of a San Sebastián September that even Shawn’s complexion glows a violent papaya hue, evoking nothing so much as a tanning-bed mishap. Much of “Rifkin’s Festival” plays as if on a TV with the color setting turned to 11 — everything else about it, however, fades into inconsequence.

Fri Sep 18 , 2020
Princess Cruises announced destination-rich itineraries for the cruise line’s upcoming Australia and New Zealand 2021-2022 season. It is going on sale on September 16, 2020. The itineraries will also include visiting popular South Pacific tropical destinations of Fiji, Papa New Guinea, New Caledonia, and Vanuatu. One of its largest deployments ever […] 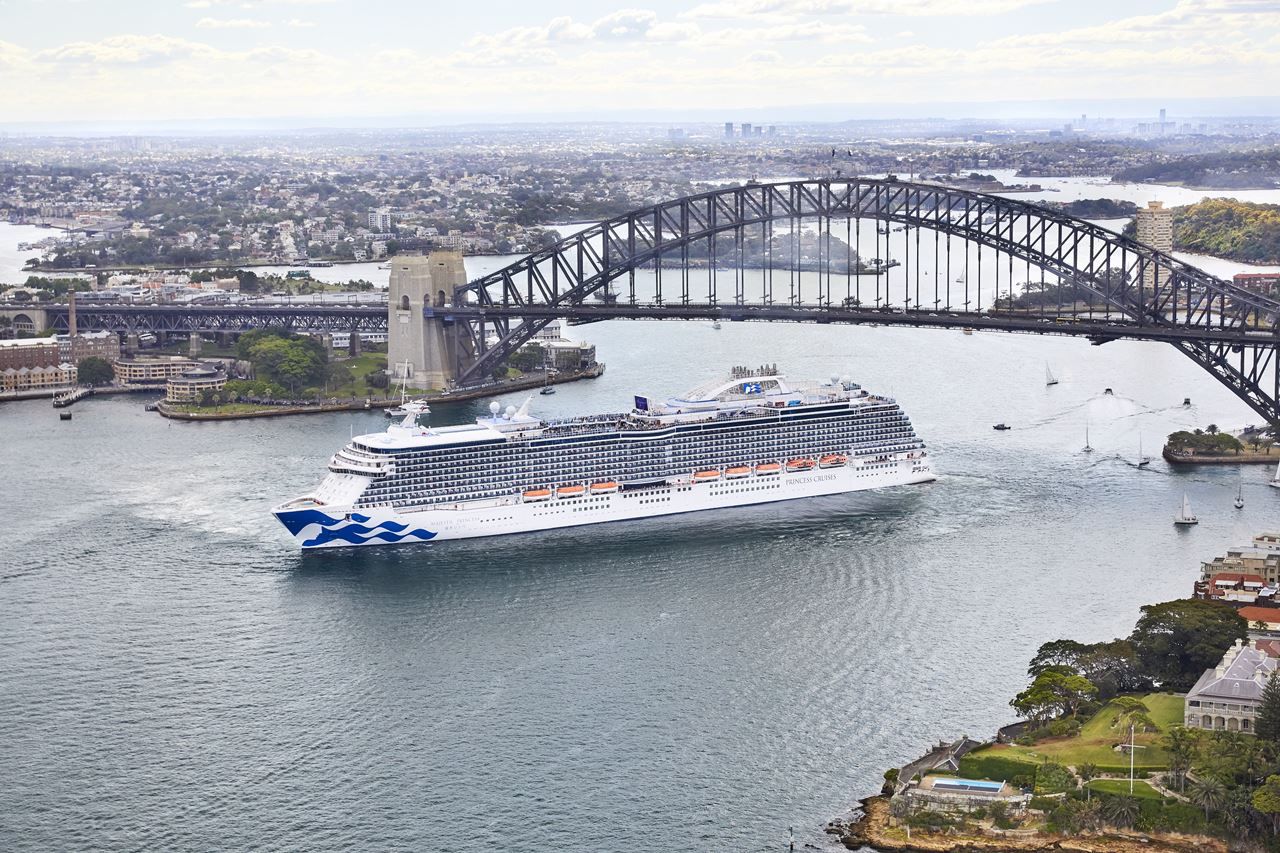