San Francisco’s popular de Young Museum is open after being shut down since March when the shelter-in-place order went into effect. For many people, Tuesday’s reopening for its members came not a moment too soon.

SAN FRANCISCO – San Francisco’s popular de Young Museum is open after being shut down since March when the shelter-in-place order went into effect.

For many people, Tuesday’s reopening for its members came not a moment too soon.

Museum officials are asking people to reserve tickets ahead of time so they can limit the number of people inside the de Young.

From what a KTVU crew saw on the first day the doors reopened, everyone wore a mask and people were social distancing.

There was excitement as patrons entered the museum.

“Open. Open. Open. It’s please, when are you going to open? When I found out they were going to be open, being a member meant that you can come early, I was just like I’m coming the first day. I’m in,” says Bridget Kelly of San Francisco.

Many patrons say they’ve waited six months for this moment.

“I wasn’t able to travel this summer so it’s fun to get out here and start doing fun things other than outdoor activities,” says Megan.

The de Young is open to members only through Thursday,  The general public will be welcomed starting Friday. Tickets are available online.

Saturday will be free, just as it was before the pandemic. But free or not, every visitor is asked to reserve a ticket that’s marked with a time of arrival, in 15 minute intervals.

“It’s probably the first time since March that I’m in a large space with people around me,” says Karolina Chachulska of San Francisco.

The museum is limiting capacity to 25% to prevent the spread of the coronavirus.

That way, we can control the maximum number of people who can come in,” says Susan McConkey, Chief Administrative Officer with de Young. She’s overseeing the re-opening of the museum.

“If someone shows up without a ticket, we will look and see if perhaps we have some no-shows from people who said they’re coming and didn’t and try to fit people in,” says McConkey.

Patrons say they felt safe with all the social distancing signage and people wearing masks.

“The gallery was a little more crowded than I expected it to be. But everyone was pretty respectful and kept their distance,” says Heather Bennett of Fairfax.

Patrons say it is fitting to have the reopening feature a special exhibit on the life and work of  Mexican artist Frida Kahlo.

She was an iconic figure known for her artwork, striking appearance and her resilience in overcoming challenges including physical disabilities.

“She persevered and fought through it. In a lot of ways, that is exactly what we’re doing,” says patron Bridget Kelly.

Museum officials are strongly advising people to book their tickets online or by phone. The only exceptions are essential workers. They can pick up their tickets at the museum but they would need to have proper identification.

Ice Lake and Milan, A100 and Altra

Wed Sep 23 , 2020
When the name “Oracle” is thrown around, hardware isn’t typically the first thing that comes to mind for most people. But, like other large tech companies that originally made their mark in the world with software, the market for Oracle has grown beyond just companies needing software and SPARC boxes. […] 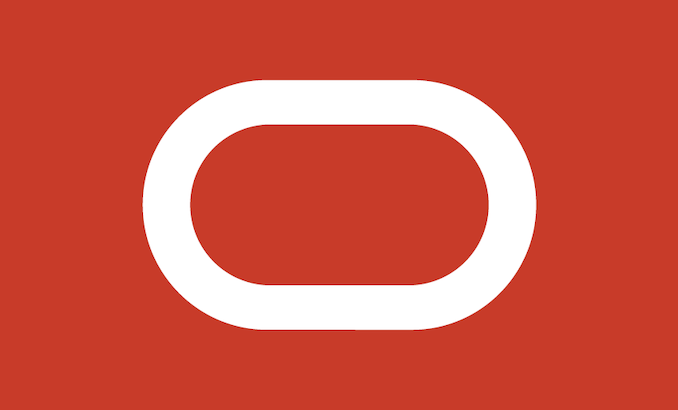