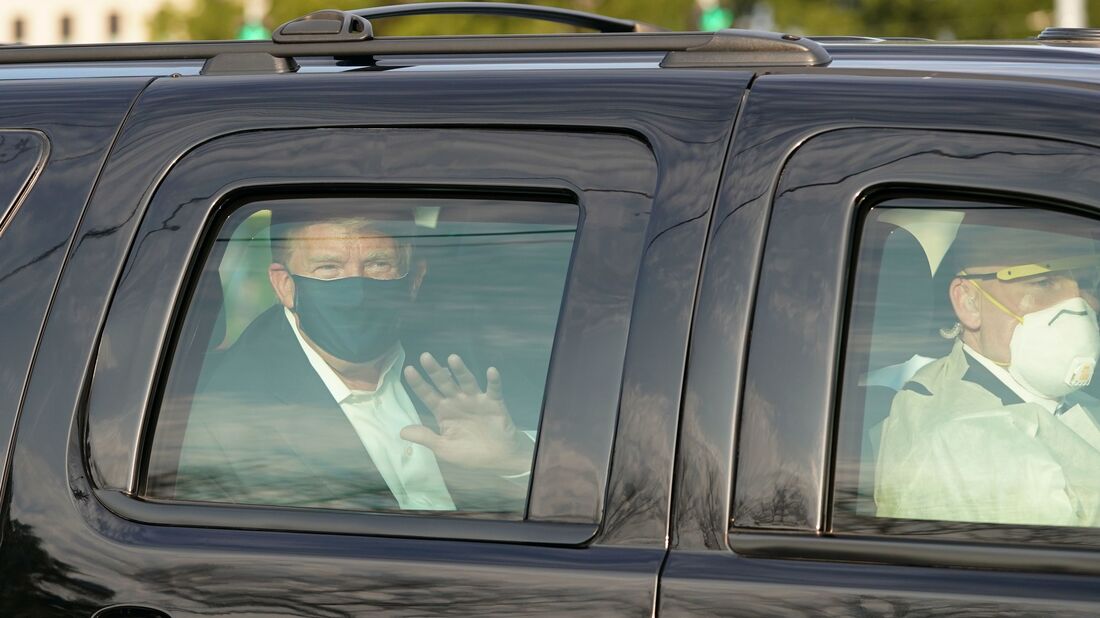 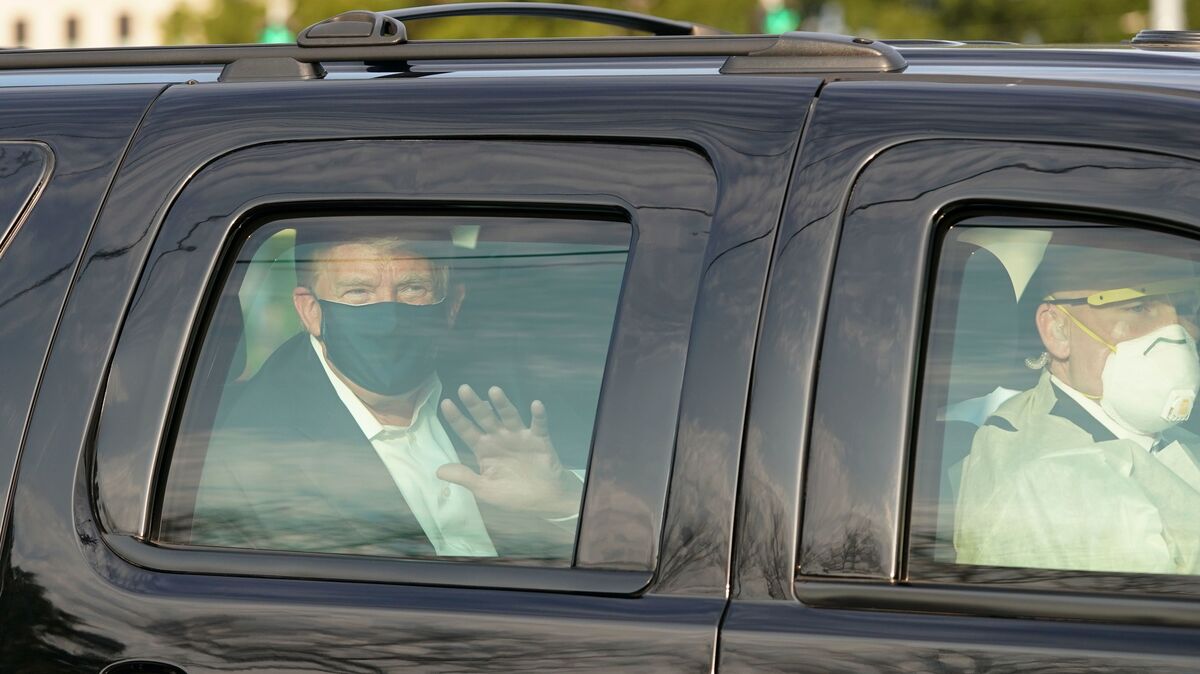 “I think there is a lot of frustration,” says J.J. Hensley, a novelist who used to work for the Secret Service. He’s still in touch with colleagues, and says it’s been a tough campaign season for them.

“Agents are already worrying about guns and knives and bombs,” Hensley says. “Now they have to worry about COVID-19.”

He says most of the complaints he’s heard have come out of events involving President Trump, such as rallies where people often ignore local mask rules. But he says the moment of outrage for him came on Sunday, when Trump took a drive outside the hospital to wave to his supporters.

Trump was accompanied inside the sealed SUV by at least two agents. He was wearing a mask, and they were wearing masks and protective smocks. In a call to Fox News the next day, White House chief of staff Mark Meadows defended the outing.

“A number of folks are just trying to make a big deal out of that,” Meadows said. He pointed out that it wasn’t the first time the president’s lead agent shared close quarters with Trump.

Typically, the leader of the protective services detail has a close relationship with a president, and will weigh in on the advisability of a trip, says a retired Secret Service supervisor who spoke to NPR on the condition of not being identified, to avoid retribution.

“I am sure that agent was asked his comfort level, before a decision was made,” the retired supervisor said. But lower-ranking members of the protection team, such as the driver, would have less say. That’s also true for agents based in field offices around the country, who are called upon to help with security at rallies and other events attended by the president.

“Those agents in the field have been complaining,” says the retired supervisor. “I’ve gotten that from multiple friends that are on the job, that they’re not happy in the ranks, that they’re having to work at these rallies where people are coming in without wearing masks and that the Trump campaign has made that OK.”

In a written statement the Secret Service says, “We follow Centers for Disease Control and Prevention protocols to include testing, conducting contact tracing related to confirmed and suspected exposure, and immediate isolation of any employee who tests positive for COVID-19.”

There have been reports of agents testing positive for the coronavirus, in one case forcing Vice President Pence to alter travel plans. Last week The New York Times reported that in August, there was a coronavirus outbreak at the Maryland facility where agents are trained.

The Secret Service won’t talk about how many agents have tested positive, citing “privacy and operational security reasons.”

Online, Trump’s supporters have pushed back against the suggestion that the coronavirus represents an unacceptable risk to agents trained to “take a bullet” for the president, and Trump himself tweeted yesterday about the criticisms of his trip in the SUV.

It is reported that the Media is upset because I got into a secure vehicle to say thank you to the many fans and supporters who were standing outside of the hospital for many hours, and even days, to pay their respect to their President. If I didn’t do it, Media would say RUDE!!!

But to former agent J.J. Hensley, the president comes off as hypocritical, given his statements in support of law enforcement.

“The Blue Lives Matter crowd is really confused right now,” Hensley says. “Do they matter, or do they not?”