Topping the culmination of the Infinity Saga is going to take some doing, but Marvel Studios will no doubt welcome the challenge. The first three Phases of the studio’s overarching shared narrative reached an epic and spectacular conclusion, with Avengers: Endgame becoming the highest-grossing film ever made and sending fans […]

Topping the culmination of the Infinity Saga is going to take some doing, but Marvel Studios will no doubt welcome the challenge. The first three Phases of the studio’s overarching shared narrative reached an epic and spectacular conclusion, with Avengers: Endgame becoming the highest-grossing film ever made and sending fans across the world home happy as it somehow managed to keep a massive number of plates spinning in a blockbuster stuffed with enough characters and plot threads to fill three movies twice over.

A landmark achievement in filmmaking, Endgame is going to be hard to top, but with the Marvel Cinematic Universe only set to get bigger and bigger with nine Disney Plus shows currently in the works, the next several Phases will be even larger in scope and scale. In fact, the Russo brothers may be done with the franchise, but not only did they admit that Secret Wars would be the only thing that could convince them to return, but they claimed it would be an event that would dwarf the entire Infinity Saga by comparison.

A big screen adaptation of the iconic comic book arc has been rumored for a while now, of course, and tipster Mikey Sutton claims that not only is the MCU heading towards Secret Wars as its next big event, but there will be several movies and TV shows that’ll tell one strand of the story at a time before everything combines in a crossover the likes of which we can’t even begin to imagine.

According to Sutton, each individual Disney Plus series and standalone movie that will be involved in the event will be set on a different Battleworld as the narrative pieces slowly slot into place, before all of the Avengers band together for the grand finale. As he explains:

Rather, like the old comic books themselves, it’ll be a line-wide crossover, a series of MCU films and Disney+ TV series telling a different part of the story until they are all linked together in the cinematic finale(s). If it proceeds like it’s being discussed, it will be a mammoth and ambitious undertaking.

Secret Wars will involve pretty much all existing superheroes in the MCU, including those on Disney+. Sound overstuffed already? Not quite as this tale will be told throughout several movies and TV series. Each film and TV program is going to focus on a different Battleworld.

That sounds massively ambitious even by the MCU’s standards, and it’ll no doubt be interesting to see if this is the direction they ultimately end up heading in.

Thu Oct 8 , 2020
Northern Ontario may have a dramatically lower incidence of COVID-19 cases than Toronto, Peel and Ottawa, but an infection control doctor in Sault Ste. Marie wants to see more restrictions in the region. Dr. Lucas Castellani, who works at the Sault Area Hospital, recently signed a letter with the Ontario Hospital Association […] 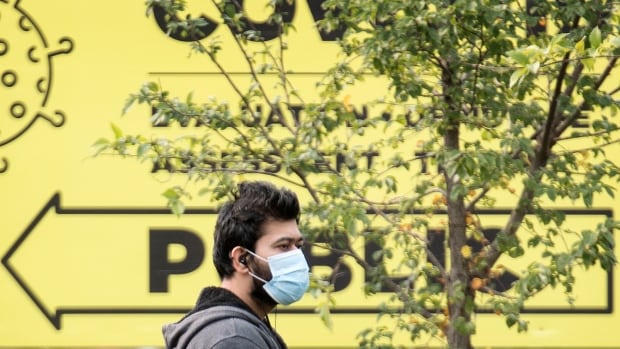