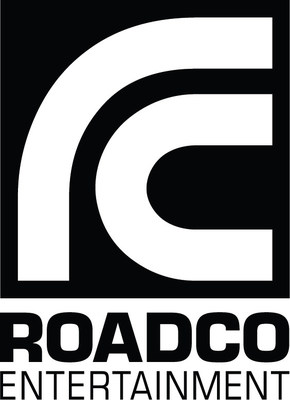 Under agreement, RoadCo will work to develop and produce a range of live events based on popular brands and pre-existing intellectual properties, as well as all new immersive, interactive attractions for viewers of all ages. RoadCo Entertainment will also collaborate with Masterworks and the broader Sony family of companies to identify opportunities to develop live experiences based on Sony properties.

A slate of initial future offerings from RoadCo will be announced in the coming weeks.

The formation of the RoadCo venture builds on a long running successful relationship between Masterworks and Lindsay and Sirota, which includes serving as part of the co-producing team of the 2017 Tony Award Winning show, SpongeBob SquarePants: The Broadway Musical.

Mark Cavell, President of Sony Music Masterworks, said: “We are thrilled to be partnering with Stephen Lindsay and Brett Sirota, whose track record as booking experts is well-known throughout the entertainment industry. Since first working together on the co-producing team of the Tony Award-winning SpongeBob musical, we have looked for other opportunities to collaborate. RoadCo is the perfect venue for us to join forces and further grow our entertainment division in the U.S. market when the live touring business is ready to return.”

Stephen Lindsay and Brett Sirota, co-founders and partners of The Road Company, said: “We are energized and excited at the opportunity to create a second booking agency with our friends at Sony Music Masterworks, who bring a wealth of expertise, resources, and intellectual property. The Road Company will continue its focus on Broadway and other theatricals, while RoadCo starts a new chapter for us, as we build this expansive new enterprise with Sony Music capable of handling a broad roster of live entertainment properties.”

With the launch of RoadCo, Masterworks continues to expand its presence in live music and events around the world and create new and synergistic opportunities for its artists to connect with fans globally, following the acquisitions of UK live event promoter/producers Raymond Gubbay Ltd. (RGL) in 2018 and Senbla in 2019.

The Road Company is an independent theatrical booking agency founded in 1997, distributing award-winning musicals and plays across North America. Led by Stephen Lindsay and Brett Sirota, the duo bring together more than 25 years of experience in the commercial theater industry. The Road Company’s current roster includes the North American tours of Wicked, Moulin Rouge!, Ain’t Too Proud, Beetlejuice, Jagged Little Pill, Oklahoma!, The Band’s Visit, and The Prom.”

Stephen Lindsay has been a booking agent for more than 25 years, representing Broadway, family attractions, one-person shows, symphony orchestras, traditional and modern dance & music companies, and world-class magic. As the Principal Agent, co-founder and partner at The Road Company, Stephen has not only shaped Broadway across North America, but has also sought out and realized innovative attractions of every variety, as well as actively producing touring attractions.

Brett Sirota has worked in theater in the areas of company management, general management, producing, arts administration, and booking. In his role as co-founder and partner at The Road Company, Brett oversees all operational aspects, including finances, technology, and legal matters.