Taipei-based travel startup KKday closed its latest $75 million funding round, helped by a pivot to domestic package tours after the Covid-19 pandemic devastated the global tourism industry this year. The Series C funding was led by Tokyo-based Cool Japan Fund and Taipei-based National Development Fund, while existing investors including […]

Taipei-based travel startup KKday closed its latest $75 million funding round, helped by a pivot to domestic package tours after the Covid-19 pandemic devastated the global tourism industry this year.

The Series C funding was led by Tokyo-based Cool Japan Fund and Taipei-based National Development Fund, while existing investors including Monk’s Hill Ventures and MindWorks Capital also participated. KKday, which previously focused on offering ground package tours at foreign destinations, saw sales plunge 90% to hit rock bottom in March but its shift to domestic tourists has since paid off, founder and Chief Executive Officer Ming Chen said in an interview.

“We were able to secure new funding because investors saw that we acted swiftly and that we were able to execute changes during a crisis,” the 47-year-old Chen said. “Taiwan’s domestic travel began to rebound in May, and it exploded in late June. We saw sales from domestic travel in Taiwan grow five times from the same period of last year in July and August.”

With the government mobilizing quickly in the early days of the outbreak, Taiwan has kept Covid-19 cases to under 600 and reported only 7 virus-related deaths among a population of roughly 24 million. Some domestic tourist spots have seen visitor numbers surge this year, a contrast to the struggles elsewhere. A July report by the United Nations Conference on Trade and Development showed the $1.7 trillion global tourism industry is forecasting annual losses of up to 80%, while airlines around the world have said they need as much as $200 billion in bailouts.

Read more: The Future of Travel in the Covid-19 Era

Other markets that KKday operates in — including Hong Kong, Japan and South Korea — have seen a similar rise in domestic travel, Chen said. Sales at the company, which was founded in 2014 and has more than five million users, can return to about the same level as last year toward the end of 2020, he added.

Even in the post-Covid-19 world, people will continue to take trips as leisure travel is a “rigid demand,” according to Chen. But they may choose shorter flights over long ones and prefer trips with fewer companions over traditional tour groups that squeeze a large number of people onto buses, he said, which creates opportunities for his business.

KKday is now planning premium offerings such as yacht trips for those with high spending power stranded at home. The startup will use the funds raised to expand a platform called Rezio that helps suppliers, particularly those in Southeast Asia, digitize their services, according to Chen.

Before it’s here, it’s on the Bloomberg Terminal.

Wed Sep 30 , 2020
While economic activity is reviving in some countries, long-term threats to growth and poverty reduction remain [Download the report here] WASHINGTON, September 28, 2020—  Swift action will be needed to ensure that the pandemic does not hamper growth and increase poverty for years to come, according to From Containment to […] 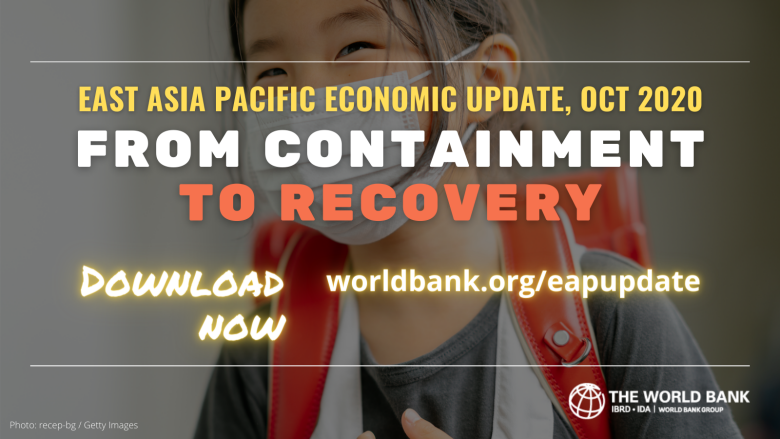