If you’ve seen “Hunger,” “Shame,” or his Oscar-winning “12 Years a Slave,” you know that director Steve McQueen has a singular gift for plunging viewers into his characters’ central nervous systems, even when they’re undergoing sensations you’d just as soon avoid. With “Lovers Rock,” one of five segments in his […]

If you’ve seen “Hunger,” “Shame,” or his Oscar-winning “12 Years a Slave,” you know that director Steve McQueen has a singular gift for plunging viewers into his characters’ central nervous systems, even when they’re undergoing sensations you’d just as soon avoid. With “Lovers Rock,” one of five segments in his upcoming miniseries “Small Axe,” that gift is used for delight. It’s a great kick-off for this year’s New York Film Festival, where “Lovers Rock” will be the opening-night film.

A “one wild night” movie akin to “Dazed and Confused” or “American Graffiti,” “Lovers Rock” takes us to a West Indian “Blues party” in 1979 London. As with any such gathering of young people to flirt, dance, and listen to music, there are friendships and rivalries, intra-community and intra-family squabbles and alliances, the promise of love and the threat of violence.

Specifically, for 2020 pandemic audiences, there is the sight of a room full of people gathering close together, which can be a little overwhelming for those of us who haven’t been in a similar situation for some time. But McQueen and co-writer Courttia Newland, working with a talented cast and crew, bring us in so close that we can smell the smoke and the sweat, and swoon over the sensuality of slow dancing.

Cinematographer Shabier Kirchner (“Skate Kitchen”) gets us so close to the action that we’re reminded of why students at Catholic high-school dances are always admonished to leave room for the Holy Spirit.

This is very much an ensemble piece, introducing us to various members of London’s West Indian community, but our protagonist is Martha (Amarah-Jae St. Aubyn, whose character also turns up in another “Small Axe” chapter, “Mangrove”). Martha’s a church girl, but tonight she sneaks out with her friend Patty (Shaniqua Okwok) to go dancing and maybe meet some boys. Early on, the women at the party do all the dancing while the men hug the walls, but the DJ has a secret weapon to get everyone on the floor: Carl Douglas’ one-hit wonder “Kung Fu Fighting.”

Other songs play a key role here as well, whether it’s Martha beginning to respond to the attentions of Franklyn (Micheal Ward, who also returns in “Mangrove”) as they dance to Janet Kay’s “Silly Games” – the whole room gets so into it that even when the record ends, all the partiers sing a reprise so they can continue dancing – or the young men being energized into literal ecstatic dance by the Revolutionaries’ “Kunta Kinte.”

The artist’s eye for detail that McQueen has brought to his earlier, emotionally wrenching work remains spot-on here, from the making of curry in a tiny kitchen (presented in several phases) to a close-up of the wall itself sweating as the temperature of the dance area climbs. McQueen and Newland’s dialogue is light on exposition, and the mix of Jamaican patois and British working-class accents will no doubt make American viewers who are unfamiliar with either jump to the captioning option when “Small Axe” premieres on Amazon Prime.

But we don’t need clunky exposition to introduce us to a dozen or so principal characters when Gary Davy has cast such singularly memorable faces, and Lisa Duncan has designed such distinctive costumes.

I’m watching the episodes of “Small Axe” one at a time, so I don’t know yet what the cumulative effect of the miniseries will be nor how “Lovers Rock” fits into it. But it’s clear that filmmakers working in the streaming venue are being given freedoms that even the big screen can’t offer – “Lovers Rock” runs a brisk 70 minutes or so, while other chapters exceed two hours. The necessities of the theatrical marketplace would have forced McQueen to pump up “Lovers Rock” to at least 85 minutes, but it’s just fine the way it is. Streaming is great for audiences who want to dive into sizable epics like “War and Peace” or “Sátántangó” at their own pace, but it should also be a place where filmmakers can let their films organically run any length they choose.

“Lovers Rock” might be a small bite, but it’s a full meal.

The actor died Friday at age 43 of colon cancer

Chadwick Boseman, who died of colon cancer on Friday at age 43, made a striking impression in both TV and on the big screen in his too-short time in the spotlight.

The Best New Luxury Hotels And Resorts In Europe

Fri Sep 18 , 2020
Mandarin Oriental Lake Como Mandarin Oriental Hotel Group Every year, the World Travel Awards celebrates the very best across the tourism and hospitality industries. Postponed this year due to the pandemic, the Awards will now take place in Antalya, Turkey, in late October. Among the nominations this year, which are […] 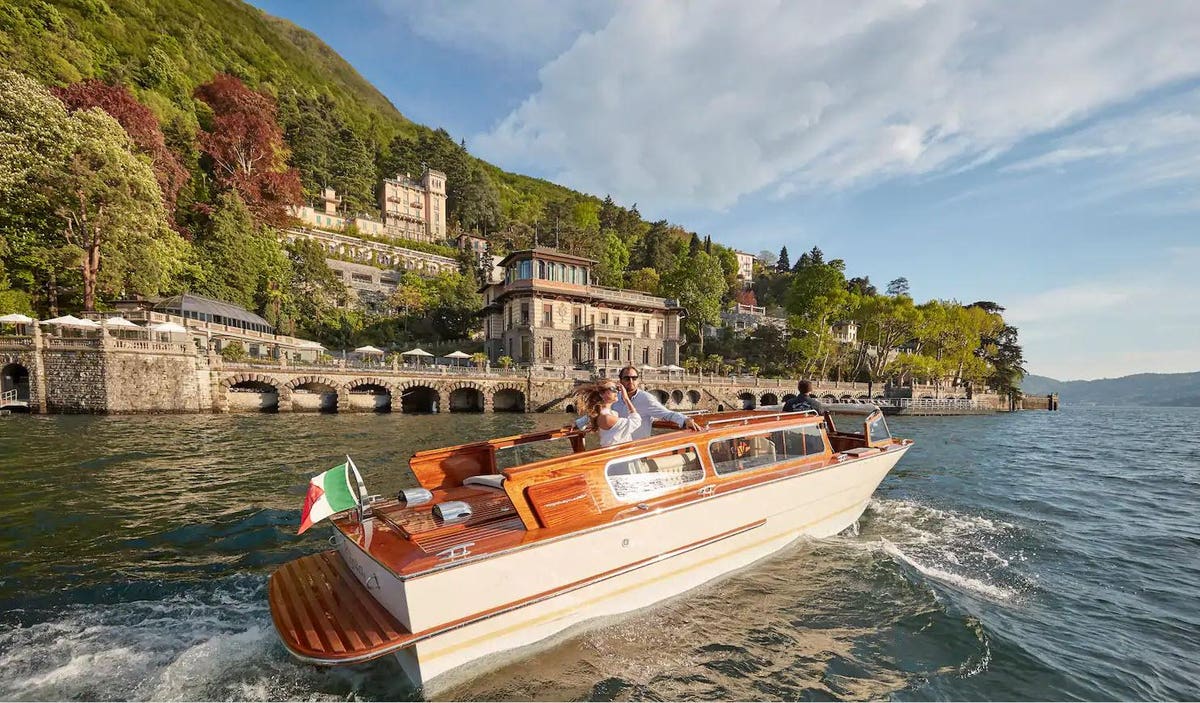