A little bit of perspective can go a long way these days. So says UB women’s basketball guard Hanna Hall, who has seen her senior season — her last in the Bulls uniform — get waylaid due to the COVID-19 pandemic.

The lifespan of a college athlete’s career is short — often just four years that fly by in the blink of an eye. To have one of those seasons impacted by the unexpected, whether it be injury or a global pandemic, can be heartbreaking.

“You have four years to play, so it’s like every year matters,” says Hall. “As a student-athlete who’s always been goal-oriented and working toward something, the hardest thing is the uncertainty, not knowing what’s going to happen. At first, I was disappointed. But now that I look back on some of the things we’ve been experiencing, if you take the right perspective on it, you can really learn and grow from it.”

COVID-19 hasn’t just changed the game for professional sports this year. It’s shifted the NCAA landscape as well. For instance, the Mid-American Conference, in which UB competes, was the first FBS conference to announce the postponement of fall sports to the spring.

However, on Sept. 25, MAC university presidents voted to reinstate football, following a six-game, conference-only slate of games beginning Nov. 4. UB’s participation hinges upon approval of the New York State Department of Health. (Basketball is considered a winter sport, but uncertainty remains about what will happen with the upcoming season.)

Wearing a mask when lifting in the weight room took some getting used to, says UB football junior running back Jaret Patterson. Similar to what women’s basketball is doing, the football team is also bubbling, with players separated into groups that aren’t allowed to intermingle.

Patterson says the plan has been working. “I want to give a shout out to the athletics department and our training staff and coaches,” he says. “We have a good plan here and it’s been working well. I couldn’t be happier with it.”

Members of the UB football team practice together in a small “pod.” Players are not required to wear masks while in their pods. The coaches, however, must wear masks. Photo: Meredith Forrest Kulwicki

Still, it isn’t quite the fall anyone expected. By this point in September, the Bulls would be a third of the way through their season.

The Division of Athletics is testing all student-athletes and staff this semester. Only a handful have tested positive for COVID-19 since the department began its testing during the summer when football began offseason workouts. In response to the expenses associated with the pandemic, the department rolled out the Make it PossiBULL Campaign earlier this month.

“The Make it PossiBULL campaign will help offset the financial shortfalls we are forecasting, and safeguard our commitment to each and every student-athlete to provide them with an exceptional academic and athletic experience,” Director of Athletics Mark Alnutt said in a video announcing the campaign.

UB Recreation also has had to shift its operations. Under the department’s reopening plan, current UB students will have access to UB Recreation programming and services. Free usage during certain hours for faculty and staff, however, has been suspended in an effort to limit capacity. UB employees can access recreation services by purchasing a monthly membership pass. The fitness centers will remain closed while the department works toward meeting state guidelines for fitness facilities.

Meanwhile, Hall and her women’s basketball teammates are adjusting to the new norms of practicing and working out while wearing face coverings. Despite the challenges created by the pandemic, Hall says she appreciates the bonds she’s been able to build with her teammates and other student-athletes.

“There’s been a lot of good coming out of this, but obviously every student-athlete works their butt off to be where they are, so it’s going to be disappointing when that kind of thing gets taken away from you,” she says.

That was evident in a recent YouTube video in which head coach Felisha Legette-Jack gave an impassioned plea to end systemic racism.

“It’s a conversation that needs to be had,” Hall says. “We’re not just basketball players, and I think we’ve always prided ourselves on that in different aspects.”

Why Maine Is the Perfect Road-Trip Destination for Fall

Thu Oct 1 , 2020
A SIGN in the window of an ice cream store in Bar Harbor, Maine, advises people to stand a moose apart. It must have helped. Maine has maintained some of the lowest Covid-19 numbers in the country. Stringent travel restrictions played a part too: In early April, the land of […] 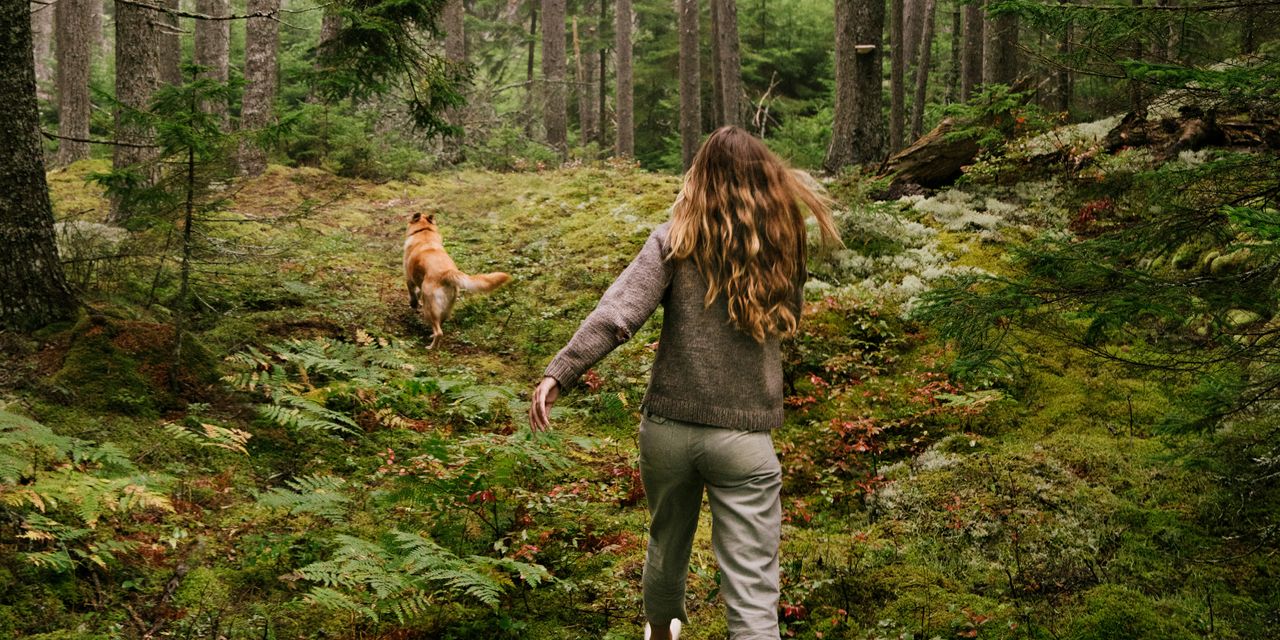