In spring 2019, film and media major Taylor McGhee (21C) was tasked with creating a short film for her documentary production class. Inspired by her experiences as a biracial woman, McGhee’s film focused on the modern implications of Loving v. Virginia (1967), a landmark Supreme Court case that legalized interracial marriage throughout the U.S..

McGhee researched extensively, interviewed other biracial students and won a $2,500 grant for the film along the way. Her final project would soon develop into a commitment to empowering biracial youth like herself: The Grayscale Movement, a grassroots organization meant to spread the stories of biracial individuals nationwide.

Research during her filming process gave McGhee the idea to create something larger than the film itself. McGhee sought to build a narrative and community for biracial people, something she felt she never had. 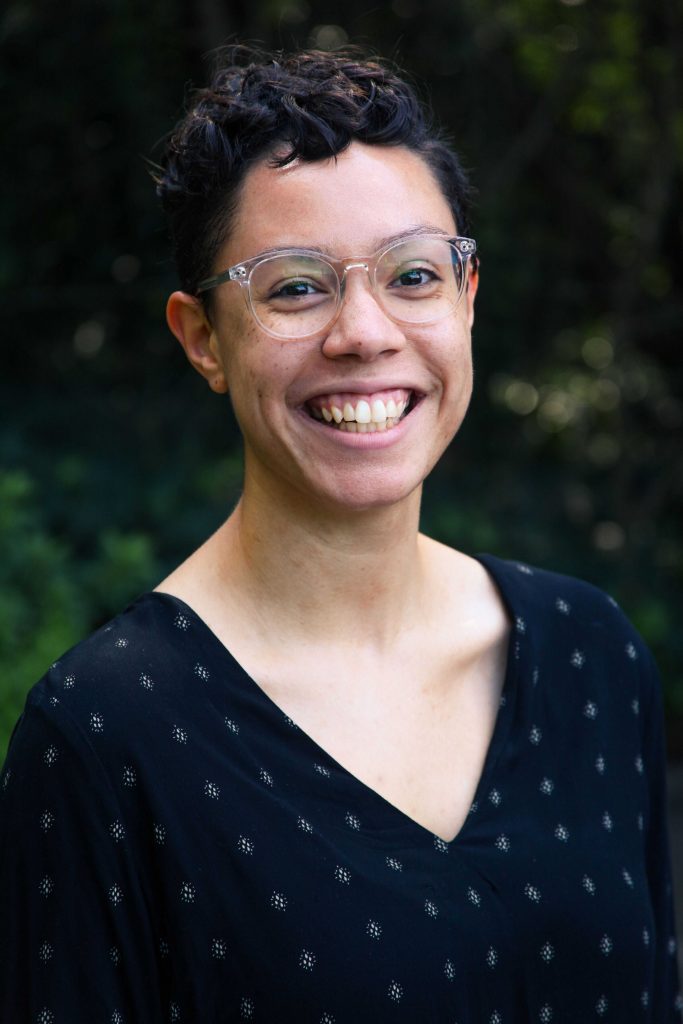 “I don’t want the next generation of biracial children to grow up without seeing themselves represented,” McGhee said. “I didn’t see any role models that looked like me. That’s why I became really passionate about this; I want to share stories and create a community of biracial people.”

Aleia Ringel (17Ox, 19C) has been a close friend of McGhee since high school. Currently a master’s student at Augusta University (Ga.), Ringel said that an initiative like the Grayscale Movement was missing in her life as a biracial child.

“I grew up feeling stuck in this identity purgatory where I was never fully accepted by one identity group or the other,” Ringel said. “I think Grayscale matters, because if I had seen a group of biracial women talking about their successes and challenges, their joy and their fear, I would have felt seen. My identity would have made sense long before I was in my early 20s.”

The movement’s mission is to foster open discussion among interracial communtities and ensure others enjoy the representation that McGhee and Ringel did not.

To this end, McGhee has expanded her movement with help from the Emory Faculty in Residence (FIR) program. She has had the opportunity to work with several professors to gain direction for her initiative, including Ana Catarina Teixeira, the director of the Portuguese program and senior lecturer in Portuguese, who noted that McGhee’s focus on personal narratives has made the Grayscale Movement a success.

“Listening to others’ stories is fundamental to building empathy – arguably the most essential characteristic one must seek to forge a more just society,” Teixeira said. “She is thoughtful and intentional in pursuing answers to questions that often narratives about race seem to overlook.”

With the added guidance, the Grayscale Movement has begun to develop digital workshops on racial justice and provide other nonprofits with racial education resources, such as lists of  local Black- and biracial-owned businesses to support.

The Grayscale Movement is also working to launch a curriculum guide, a resource for professors and administrators alike, to help them guide college students in class-based discussions on racial justice issues.

“There’s a lot going on, but [the Grayscale Movement] is centered on education and trying to collect information to spread it in the most accessible way possible,” McGhee said.

The organization is also using social media to spread awareness. Alongside the Grayscale Movement’s Instagram, McGhee and her team have launched both a podcast and blog to share their mission.

“So many conversations show a very ‘black and white’ issue,” McGhee said. “It’s not simply about being biracial, so I like to bring a whole host of people to the podcast.”

The podcast has included guests from her sister, who was her very first guest, to social activists and others from the Middle East, South Africa and Europe. McGhee hopes to ignite overarching support for multiracial individuals by giving a voice to those facing social adversity around the globe.

The podcast currently has six one-hour episodes and over 200 active listeners. Listeners mostly consist of 18-to-24-year-olds, but McGhee has also seen listeners from the 50 to 60 age group.

The movement’s blog has followed with similar topics of racial injustice, but McGhee is preparing to add two new series. The first will be recurring spotlight features, highlighting the rise of influential biracial individuals. Tracee Ellis Ross, star of the American sitcom “Black-ish” will be the first feature.

While the spotlights serve to draw attention to well-known biracial individuals in the media, McGhee hopes to conduct interviews with prominent multiracial figures as well.

McGhee also wants to incorporate a photography series into the blog, focusing on biracial people in black and white portraits. These photos will be paired with a brief story of the person pictured. McGhee hopes to collect more stories with which her biracial audience can identify.

In the future, McGhee hopes to repurpose her short documentary into a feature-length film, as well as take the Grayscale Movement to other college campuses. Her main goal for right now, however, is to establish a multicultural safe space for biracial Emory students.

“We have [groups] for Black students, Asian Americans and more,” McGhee said. “But there’s not one for biracial students. My hope is that, whatever college [biracial students] attend, they can find a way to build community.”

To continue building fellowship among multiracial people, McGhee encourages both her biracial and monoracial peers to follow the Grayscale Movement on social media, engage in the digital workshop they plan to announce in the spring and reach out to her or her team directly.

McGhee is working to create a stronger presence on campus amid COVID-19. She remains a strong advocate for biracial people struggling with self-acceptance across the U.S. McGhee believes that the Grayscale Movement is an opportunity to foster pride in all sides of one’s identity.

“There are other people like you,” McGhee said. “You’ll start to see that being biracial is not as invisible as society makes it out to be.”