The artist-in-residence program at the Studio Museum in Harlem is an institution — an early-career incubator whose alumni list, in annual cohorts of three, reads like a canon of a half-century of Black American art. Lately, the program has taken an experimental turn. In 2018, it moved off-site as the […]

The artist-in-residence program at the Studio Museum in Harlem is an institution — an early-career incubator whose alumni list, in annual cohorts of three, reads like a canon of a half-century of Black American art.

Lately, the program has taken an experimental turn. In 2018, it moved off-site as the museum closed to begin construction of its new building. In 2019, it innovated in selecting two artists working in digital media and performance, E. Jane and Elliot Reed, alongside a painter, Naudline Pierre.

This year, as the coronavirus scrambles the landscape, the museum is leaning into change. Its 2020-21 residencies, announced Thursday, will take place remotely. Two of the selected artists, Widline Cadet and Texas Isaiah, are photographers; another, Genesis Jerez, works in painting and mixed media. And there will be a fourth, midcareer resident, Jacolby Satterwhite, adding a veteran component to a residency known for announcing — and anointing — new talent.

“It’s a year to experiment,” said Legacy Russell, the museum’s associate curator for exhibitions. The pandemic, its impact on Black and brown communities, and the climate of upheaval call on the museum to respond, she said. “What does it look like to support artists right now?”

The cohort’s commonality may be its sincerity in exploring identities in a time of flux. Texas Isaiah, who was born in Brooklyn and works in California and New York, is transgender and works largely in portraiture: intimate, highly collaborative with his subjects, exploring expressions of masculinity.

Ms. Cadet, who was born in Haiti and lives in New York, is also a gifted portraitist. She places her subjects — often women and girls — in situations that evoke inner lives and memories that power people and families through the experience of migration, with a touch of ritual energy.

Ms. Jerez, who is Dominican-American and grew up in public housing in the Bronx, addresses family as well — particularly her own — in textured works that depict apartment interiors and domestic scenes using painting, drawing, collage, fabric and vintage photographs. The artist has called them a “counter-archive and narrative of her upbringing.”

Mr. Satterwhite, based in New York, has shown at many major venues, most recently in an immersive takeover of Pioneer Works in Brooklyn. Known for elaborate video art drawing on science-fiction and queer theory, he has moved toward installation and sculpture. The midcareer residency is a pilot initiative, Ms. Russell said, to amplify mentorship and generational exchange.

When the museum reopens (there is no public timeline yet), the new building will have flexible studio space, allowing different residency formats. Meanwhile, Ms. Russell said, going remote this year, with virtual studio visits and online public programs, can serve and expand the museum’s audience.

“When we think of what a responsible and emotionally intelligent future should be for institutions,” she said, “I’m hopeful that this work can help get us there.”

Tap turned on to create a new lake

Thu Oct 1 , 2020
Northland’s newest lake began filling on Monday, just three months after the site of the water storage reservoir was blessed, near Ahipara. Infrastructure Minister Shane Jones clambered to the bottom of the Tupehau reservoir to open the valve, creating a geyser that will take 40 days to fill the 7.5ha […] 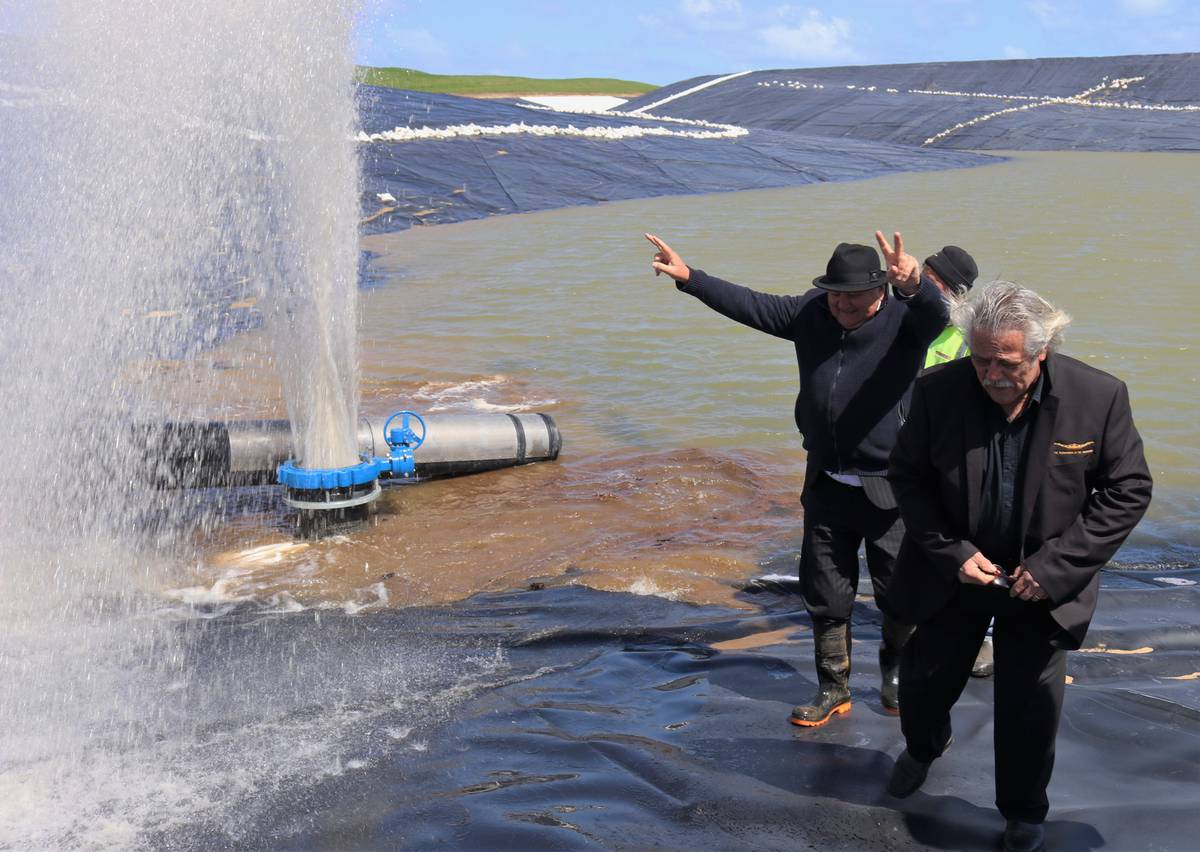