When the Everson Museum of Art in Syracuse, N.Y., announced the other day that it would be sending a critically important 20th century painting to the auction block, it was obvious that museum officials were worried — and maybe more than a little embarrassed — by the inexcusable move they […]

When the Everson Museum of Art in Syracuse, N.Y., announced the other day that it would be sending a critically important 20th century painting to the auction block, it was obvious that museum officials were worried — and maybe more than a little embarrassed — by the inexcusable move they were about to make.

Like naughty children hoping the grown-ups wouldn’t notice tiny hands dipping into the cookie jar, they dropped the stunning press release into the media black hole that is Labor Day weekend.

Jackson Pollock’s 1946 “Red Composition,” only his second experiment with the groundbreaking drip technique that would prove to be a post-World War II watershed for art internationally, has been in the Everson‘s collection for almost 30 years. The $18 million auction estimate almost certainly means that the small painting will disappear from the public realm, vanishing into private hands.

Few other museums have the resources to compete. A key public asset is being privatized.

Compounding the tragedy: The Everson is betraying its legacy.

The museum’s origins date back more than a century, when it became the first to be dedicated specifically to American art. It’s shocking that the Everson has now chosen to sell off an irreplaceable artifact — a rare formative work by the first American painter with profound international impact.

The sale is scheduled for the evening of Oct. 6 at Christie’s in New York City. Just four weeks’ notice doesn’t give much time for public consideration of the deal. Surely Everson director Elizabeth Dunbar and the museum’s board of trustees had been working on the plan for quite some time. An institutional decision this consequential is not lightly made. The speed of the sale belies the planning.

As if that were not enough, the museum also sought to head off potential criticism at the pass. The 1991 donors of the Pollock, Everson trustee Marshall M. Reisman and his wife, Dorothy, are both deceased. The press release features a statement by Robert Falter, trustee of the $30 million Reisman Foundation, assuring that the late benefactors “would have been extremely happy” with the plan.

Of course, we don’t know that. Maybe yes, maybe no. The only thing we know for sure is that the Reismans wanted to share this particular private pleasure with the public, so they gave their important American painting to the museum.

Unsurprisingly, the Everson accepted the exceptional gift. But now the Pollock is likely to disappear into an unknown oligarch’s private estate or some freehold warehouse in Switzerland.

The museum, apparently wishing to allay worries about the sale, also posted on its website the answers to 10 presumed questions about the deal. Contrary to that aim, one answer undercuts confidence in the scheme:

Q: Why did the Everson elect to auction this painting, rather than sell it directly?

A: Public auction is the preferred sale mechanism for sales from museum collections to ensure that the highest price is received.

Well, no. Public auction is the preferred sale mechanism to avoid even an appearance of corruption.

Not only is it false to claim that an auction assuredly maximizes the monetary return in ways that a private sale cannot (although Christie’s is probably thrilled to have a museum make such a bald marketing claim on its behalf), it’s also not the leading reason auctions are generally preferred over private transactions for museum deaccession sales.

Transparency and public view minimize the possibility of mischief behind closed doors. In America that nonprofit principle goes back at least to the 1950s, when the Minneapolis Institute of Arts scandalously sold off some 50 European paintings by Veronese, Guercino, Canaletto and others to a private London dealer, unbeknownst to the local public. Minneapolitans were not amused when word got out.

The ethics around such a momentous collection sale are absent from the Everson’s deaccession FAQs, while profit potential is plugged. That is cause for serious concern.

This is not to suggest anything untoward at the museum — not by any means. But if the mechanisms around deaccessioning important art are unclear to Everson officials, then the wisdom of their thinking behind choosing to sell at all is thrown into greater doubt.

So, why is the Everson Museum unloading its Pollock?

“Now is the time for action,” director Dunbar explained in the press release, later elaborating the sentiment in a telephone interview. “By deaccessioning a single artwork, we can make enormous strides in building a collection that reflects the amazing diversity of our community.”

The sale of legitimate public patrimony to the highest bidder is touted as a marvelous way to bring racial and gender equity to the institution going forward. Balderdash. The Everson would need to unload half of its collection for it to reflect the diversity of a city that is 45% nonwhite, according to the most recent census estimate.

The Everson is a small museum with an annual operating budget of less than $2.5 million and a full-time staff of just 14. There is some 19th century American art but 20th and 21st century work dominates. Ceramics are its chief strength, a virtually encyclopedic holding that accounts for almost half of the roughly 11,000-piece collection.

Economically, the region struggles. A third of the local population lives in poverty, making Syracuse the poorest city in the state. Restricted museum endowments for acquisitions ($875,000), conservation ($75,000) and operations ($8 million) are modest.

In 2017, the museum developed a Collecting Priorities Plan, partly to redress the imbalance familiar to most museum collections largely composed of art made by white men. Dunbar said some progress has been made. More than a third of recent purchases are works by nonwhite artists, 60% of them women.

That’s good. But the Everson is now the third American museum in as many years, all led by white directors, to sell art by blue-chip white artists to create a diversity acquisition fund.

In 2018, the Baltimore Museum of Art sold seven works by Andy Warhol, Franz Kline, Robert Rauschenberg and others (some at auction, some privately). A year later, the San Francisco Museum of Modern Art sent a very fine $50 million Mark Rothko to the block. The Everson’s Pollock deaccession, using the Rule of Three, marks a certifiable trend.

And a terrible trend at that. The goal of diversifying white patriarchal patterns of museum art collecting is hugely important. This sort of quick fix belies the seriousness. The end not only doesn’t justify the means, these processes do real damage.

The clamor for privatizing public assets as a solution for social ills took off 40 years ago with the rightward shove of the Reagan era. The subsequent withering of the public sphere, culminating now in the first U.S. president elected with zero record of public service — how’s that working out for you? — has finally seeped into the administration of art museum collections.

The public world needs strengthening, not weakening. Real remedy is a long, slow haul. Better that the Everson loudly commit — in writing, in its by-laws and through action — to a thorough structural overhaul that would bring actual equity to its boardroom, staff and volunteer roster, as well as its exhibition program and purchases of art.

Like arguments for crashing the Postal Service in favor of efficient FedEx or UPS or turning over the Social Security Administration to the wolves of Wall Street, the well-intentioned Pollock remedy is spurious. Museums deaccession art all the time, of course, since prudent collection management is a prime curatorial function. But historic inequities are not corrected through blunt erasure and replacement, which is what Baltimore, San Francisco and now Syracuse have been up to.

“When the going gets tough, the tough go shopping” is an old joke that art museums are putting into practice. Sorry, but in a matter of genuine gravity, retail therapy just doesn’t cut it.

Thu Oct 1 , 2020
CONNECTICUT — Colorado was added to Connecticut’s coronavirus travel advisory list Tuesday, while Arizona and Virginia were removed. That brings the number of restricted areas to 34, according to the latest report from the state Department of Public Health. Under the latest regulations released by Gov. Ned Lamont, travelers from […] 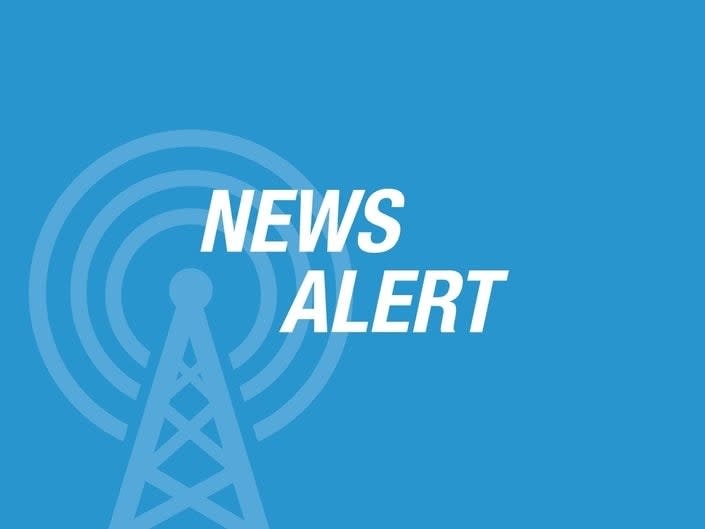