Skip to content
By: Noble HorvathPosted on October 2, 2020
CLOSE

Who stabbed ex-“Tarzan” actor Ron Ely’s wife Valerie in their Santa Barbara County home almost a year ago? Did responding county sheriff’s deputies fail to allow medical attention as she lay dying? Why did deputies shoot to death son Cameron outside the home about 90 minutes later? Will anyone in authority explain what happened and why?

Those are some of the questions raised by Ely, now 82, and his adult children-guardians in a wrongful death lawsuit they filed last week in federal court in California against Santa Barbara County, the Sheriff’s Office and four named deputies.

“The reprehensible conduct of the Santa Barbara Sheriff’s Department deputies was egregious, entirely unreasonable, and, accordingly, unconstitutional,” the lawsuit says.

The suit alleges violations of the Fourth and Fourteenth Amendments and a conspiracy to violate civil rights in connection with the “unjustified use of deadly force and denial of medical care, resulting in the deaths of Cameron Ely and Valerie Lundeen Ely.” 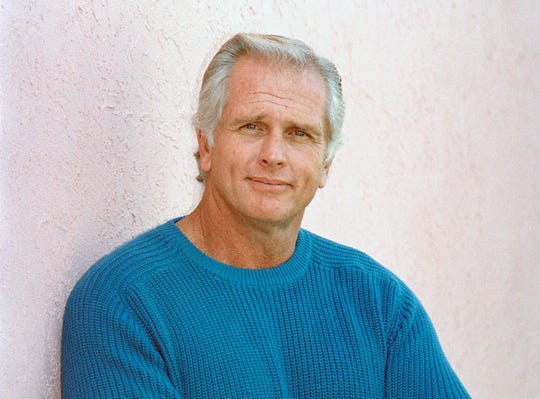 The tragedy at the Ely house was shocking from the beginning. Raquel Zick, the public information officer for the sheriff’s office, told USA TODAY at the time that Cameron Ely fatally stabbed his mother in their home, and that Cameron, one of the Elys’ three children, was later shot and killed by deputies after he threatened officers.

“Deputies searched the residence and surrounding area for Cameron Ely. During the search, the suspect was located outside the home,” Zick said at the time. “He posed a threat and in response 4 deputies fired their service weapons at the suspect, fatally wounding him.”

Zick told USA TODAY on Thursday that the sheriff’s criminal investigation of the deaths was turned over to District Attorney Joyce Dudley’s office about two months ago. The prosecutor’s office confirmed to USA TODAY the case is still under investigation.

The Ely lawsuit presents its own account of what happened: It says Cameron made a 911 call for help about 8 p.m. that night “because his mother was attacking his father,” but the call abruptly ended. When dispatchers called back, Ron Ely answered but could not speak clearly due to pre-existing medical issues. But dispatchers could hear him crying and wailing, and a female voice in the background.

Dispatchers “incorrectly” told responding deputies that “the caller had reported that his father was attacking his mother,” the lawsuit says. “They further (told deputies) that upon calling back they heard only heavy breathing and crying.”

As a result, deputies were sent to the home without emergency medical personnel, the lawsuit says. The first deputies on the scene found Valerie lying on the dining room floor with multiple stab wounds.

“Defendant deputies did not know, and failed to check, if Valerie was alive when they arrived” even though she was “obviously in need of immediate medical care,” the lawsuit says.

Even after the fire department emergency medical team arrived, deputies “actively obstructed” them from entering the home. “Valerie was left on the floor without any medical treatment or care from either Santa Barbara Sheriff’s Department deputies or Santa Barbara Fire Department for over 30 minutes. Decedent Valerie was pronounced deceased at 8:42 PM.”

The deputies launched a search of the home and surroundings, and at about 9:40 p.m., they were approached in the driveway by Cameron walking from the backyard with his hands up. On the dashboard camera footage of the incident, the lawsuit says, deputies did not announce that they were sheriff’s deputies, but told him to keep his hands up. 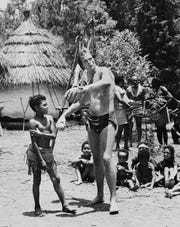 Ron Ely in August 1966 on the set of “Tarzan,” teaching kids baseball in a remote Mexican village that was the set for an African village in the TV series. (Photo: AP)

As he approached, it became clear that Cameron was bleeding from the lower part of his body due to multiple stab wounds, the lawsuit says.

“Suddenly, and without any warning or legal justification, multiple defendant deputies opened fire on Cameron, striking him with a total of 22 times with bullets from several department-issued weapons. Cameron immediately fell to the ground motionless.”

The lawsuit says the shooting occurred less than 20 seconds after deputies saw Cameron walk towards them with his hands up, “the universal act of surrender.” He was unarmed, calm and made no threats. “There was no reason for defendant deputies to use any force, especially deadly force, against Cameron,” the lawsuit says.

After he was shot, deputies “actively denied” Cameron medical care by using their ballistics shields to prevent fire department personnel from accessing or seeing him, according to the lawsuit. “Cameron was left to bleed out in the driveway for over 13 minutes before medics were permitted to assess him,” the lawsuit says.

Meanwhile, Ron Ely was taken to a local hospital where he was joined by his two daughters, Kaitland and Kirsten. The lawsuit says they were told there by deputies that their brother stabbed their mother and fled in a car and that was the justification for shooting him.

“The detectives claim regarding Plaintiff Ron was not a true statement, but a purposeful and/or grossly negligent misrepresentation for the purpose of concealing the defendant deputies’ errors and negligent pre-shooting tactics, because Plaintiff Ron was unable to clearly communicate due to medical difficulties at the time,” the lawsuit says.

The lawsuit also targets 10 unnamed sheriff’s officials for failing to discipline the deputies involved, including one with three past use-of-force shootings on his record.

“Their failure to discipline defendant deputies, demonstrates the existence of an entrenched culture, policy, and/or practice of promoting, tolerating and/or ratifying with deliberate indifference the making of improper detentions and arrests, the use of excessive and/or deadly force, and the failure to treat the serious medical needs of Santa Barbara County citizens,” the lawsuit asserts.

Ely, who is still unable to speak according to his lawyer, is best known as the star of the NBC series “Tarzan,” which debuted in 1966 and ran for two seasons.

Ely’s most recent acting credit was in 2014, when he appeared in the Lifetime drama “Expecting Amish” opposite Jesse McCartney and Disney Channel alums Alyson Stoner and AJ Michalka, according to IMDb.