Few days after confirming Tesla India launch for 2021, Elon Musk has given yet another exciting update 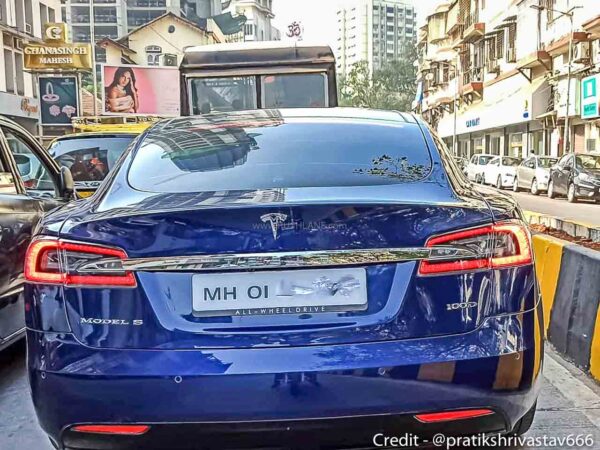 Tesla has not launched any of its electric cars in India as on date. But Tesla’s CEO has regularly hinted that they have plans to launch in India officially. Earlier this month, Elon Musk confirmed that they are currently on track to launch Tesla in India next year, that is 2021.

This was a huge update, and coming straight from Elon Musk. This has gotten the electric car enthusiasts as well as Tesla fans really excited. It is not clear which will be the first Tesla car that will be launched in India. It could be the Model S or the more affordable Model 3, or the Model X or Model Y SUV, considering SUVs are the in-thing these days.

That question will soon be answered, as Elon Musk has yet another update for India. Telsa’s official booking order configurator for India will go LIVE on their website from Jan next year. This was tweeted by Elon as a reply to twitter handle Tesla Club India, as can be seen below. 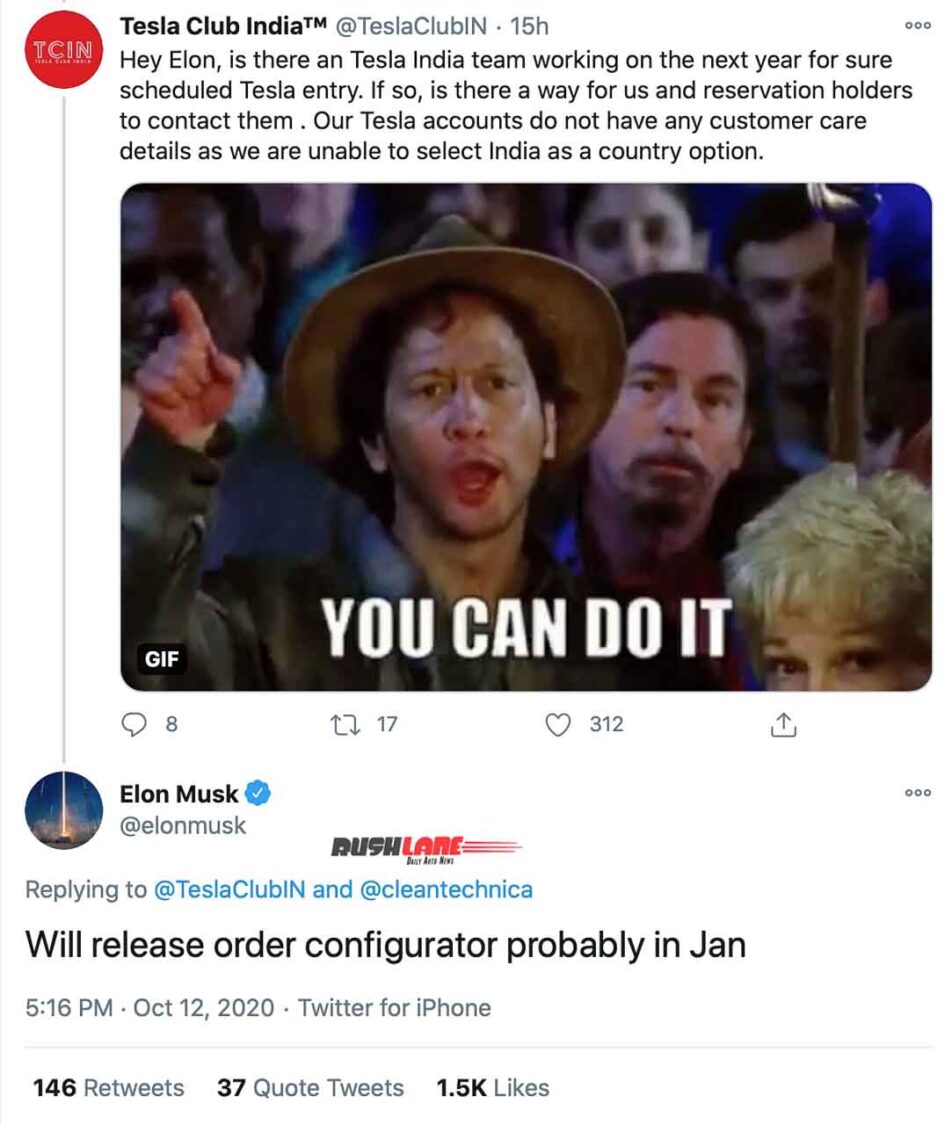 Once the order configurator goes LIVE for India, we will know for sure which Tesla cars are going to be on offer in India first. In addition, those who have already booked Tesla Model 3 from India, will be able to configure their car as well.

Elon Musk is seeking investment in India with plans to set up an R&D Facility in Karnataka. Initial talks have been held with Government Officials of Karnataka, with regard to investment in a new research facility in Bengaluru. A follow up meeting is scheduled too.

It was in 2015/16 that the CEO of Tesla had shown some interest in bringing Tesla to India. However, plans were put on hold and now the electric car maker has once again revived strategies. If plans go as per schedule, India, which is the fourth largest automobile market in the world, will be the second country other than the US; to have a Tesla R&D center after China.

Why has Elon Musk selected Bengaluru to set up this R&D Center? Bengaluru is the R&D hub for the aviation, biotechnology and information technology sectors. It sees top technology majors such as Apple and Microsoft having its R&D centers in the city along with Google and Amazon. Huawei, IBM and Samsung also have set up R&D facilities in Bengaluru and IKEA has also announced a major global facility in the city.

Closer to electric mobility, Bengaluru is also the center for both local and global conglomerates such as Daimler, Bosch and Mahindra Electric while EV startups such as Ola Electric, Sun Mobility and Ather also have a presence. Karnataka is also the first state in India to come up with an electric vehicle policy which could generate investments upto Rs.31,000 crores in EV R&D and manufacturing.

As the Government of India continues to push for the widespread adoption for electric vehicles and the Indian EV market is poised to touch Rs.50,000 crores by 2025, there are a host of upcoming electric vehicles slated for launch in 2020-21.