It looked like a miniature waterfall created by a rock on top of another rock at LaHardy Rapids in Yellowstone National Park as my son-in-law, John, and I were looking for Harlequin ducks before they migrated to the West Coast. A closer look showed some wingtips and a feathered tail creating the waterfall.

“I think it is an American dipper hunting for food,” I exclaimed to John. Just then, the waterfall became a greyish blue bird with an aquatic insect as the water rushed against its long legs. After positioning the insect head-first, down the hatch it went.

I was intrigued by the strength of its feet as it continued to dip its head into the water, sometimes being totally submerged by the fast-moving water. It caught leeches, damsel nymphs and even a small sculpin, which it flew to a rock above the surface and beat it against the rock probably to tenderize it before swallowing it. 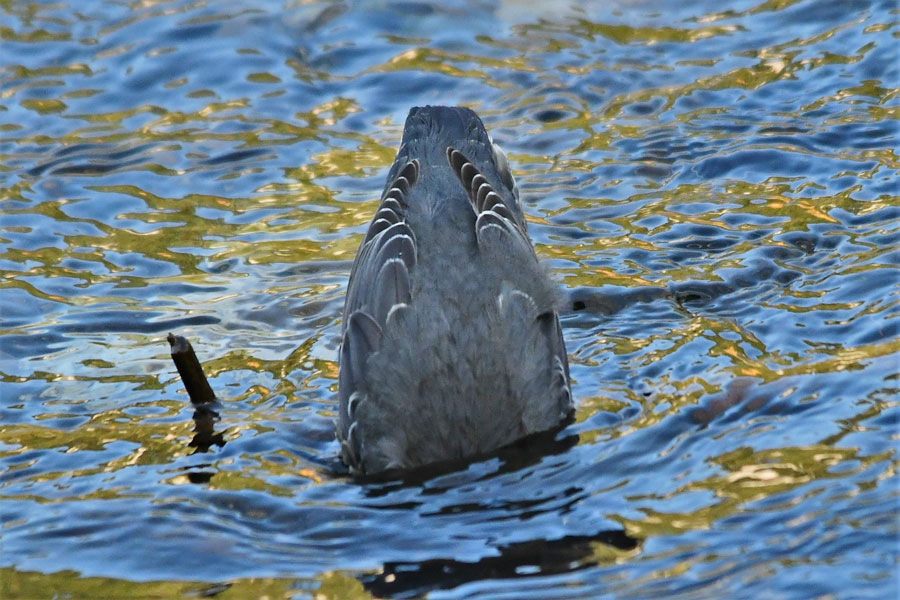 While I was photographing that bird, John informed me that there were at least three others feeding in the calmer water or just relaxing on a rock or a fallen tree. The ones resting were singing their hearts out with beautiful trills that could be heard above the roaring rapids.

The naturalist, John Muir, in his book, “Mountains of California,” describes the song of this bird, the only aquatic songbird in the nation.

“The more striking strains are perfect arabesques of melody, composed of a few full, round, mellow notes, embroidered with delicate trills which fade and melt in long slender cadences. In a general way, his music is that of the streams refined and spiritualized. The deep booming notes of the falls are in it, the trills of rapids, the gurgling of margin eddies, the low whispering of level reaches, and the sweet tinkle of separate drops oozing from the ends of mosses and falling into tranquil pools.”

Muir was in love with the bird, calling it a Water Ouzel and wrote about finding it from Alaska to Mexico in some of his other writings. The name has stuck. 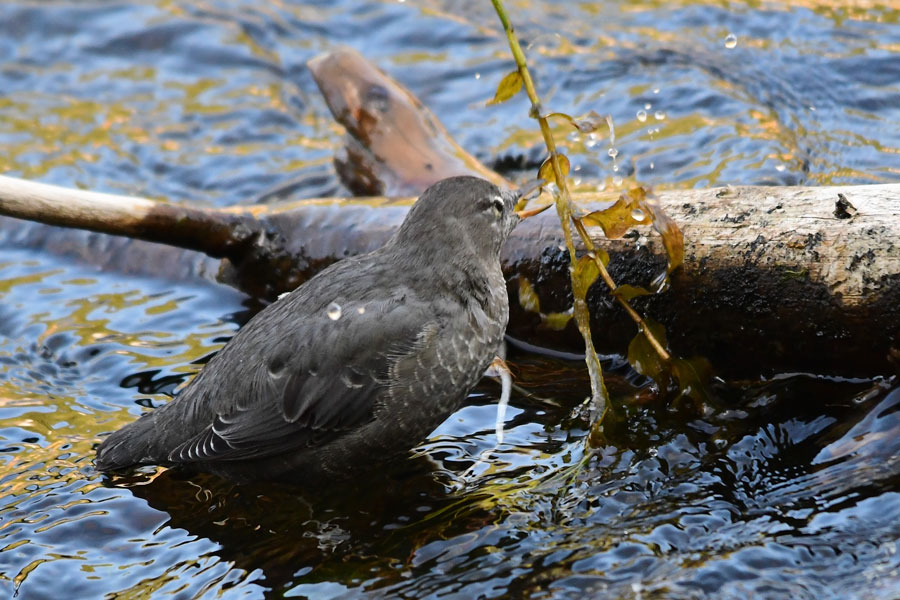 “What is that plain grey bird?” a woman from California asked me as we watched them.

“An American dipper,” I replied.

“You mean it is not a Water ouzel?”

Most of their feeding is done underwater as they swim/fly near the bottoms of fresh mountain streams year-round. They only migrate to other streams during the winter if the stream freezes over. They can stay underwater for long periods of time because of their low metabolic rate with blood that allows extra oxygen to be carried and thick oily feathers that will not let the cold water penetrate to their skin. They also have a second eyelid, a “nictitating” membrane so it can see underwater.

Usually a solitary bird, they mate in the early spring and together they weave a round nest that has two layers. The outer layer is weaved out of dried grass that they make pliable by dipping the long strands of grass in water. The inner layer is constructed out of dried moss that acts as insulation and as a drying agent.

The female generally lays from four to six eggs and after the babes can fly, some of the couples separate, divide the young between them and each adult raises the chicks as a single parent. Some of the couples have been known to stay together long enough to raise a “second” family.

Yes, John and I also saw some female Harlequin ducks with their young that appear to be eager to join the males on the West Coast to wait for spring when they will return.

If you have not taken your kids to see LaHardy Rapids, plan a trip next summer. LaHardy Rapids are “one of the 14 best places to go with children in Yellowstone.” In June, you can watch the special birds, as well as the large cutthroats, navigate the rapids to get back to Yellowstone Lake after spawning. 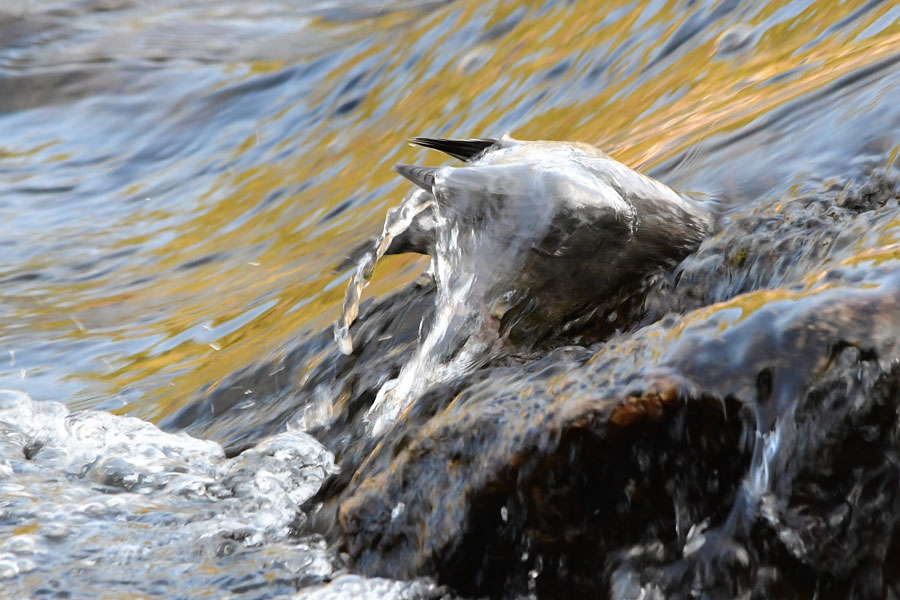