Editor’s Note: Travel might be complicated right now, but use our inspirational trip ideas to plan ahead for your next bucket list adventure. © Provided by Travel + Leisure James Capo/500px/Getty Images If spotting planets, constellations, and even the Milky Way is on your bucket list, you’ll want to plan […]

Editor’s Note: Travel might be complicated right now, but use our inspirational trip ideas to plan ahead for your next bucket list adventure.


If spotting planets, constellations, and even the Milky Way is on your bucket list, you’ll want to plan a trip to one of the best stargazing spots in the world. Luckily, there are unique destinations around the world that offer incredible views of the night sky and little light pollution, so even amateur astronomers can see the stars and have a once-in-a-lifetime astronomical experience. Read on for the 10 best places to see stars around the globe.

© James Capo/500px/Getty Images
Dark skies and bright stars are the main attraction at the top stargazing spots around the world.

Northern Chile’s stark Atacama Desert is the driest place on Earth, if you exclude the North and South Poles. It receives mere millimeters of rain during any given year, with the driest sections receiving even less than a millimeter.

But while the dry conditions in this barren landscape aren’t particularly compatible with plant and animal life, they’re optimal for stargazing thanks to the parallel presence of a high altitude, few clouds, and near-zero radio interference or light pollution.

The Atacama Desert’s near-perfect visibility provides crystal-clear views of the most famous constellations of the Southern Hemisphere sky — including the Tarantula Nebula, the Fornax Cluster of galaxies, the Southern Cross, and even the Large Magellanic Cloud, a satellite galaxy of the Milky Way.

For these reasons, many consider Chile’s Atacama Desert to be the best place in the world to stargaze. Astro-tourists from around the world flock to this bucket-list astronomy destination, so numerous local outfitters provide tours and some local hotels even offer personal stargazing experiences.

The designation recognizes the area as having some of the darkest and clearest skies in the world, and acknowledges the efforts that have been extended to make it so, positioning darkness as a resource worthy of protecting and conserving.

The main attraction of the dark skies here is the “river of light” phenomenon created by the Milky Way as it rises over the Owachomo Bridge, a natural rock formation. The bridge forms a sort of window into the night sky, beautifully framing the thousands of stars visible with the naked eye. Plan to camp overnight for the full experience.

Night photographers can get some killer shots at the Natural Bridges National Monument, but keep in mind that artificial light sources for photography are, obviously, prohibited.

Looking for another great stargazing spot in Utah? East Canyon State Park is one of the most recent additions to the list of International Dark Sky Parks.

Related: 10 Darkest Places in the U.S. for Incredible Stargazing


Iriomote-Ishigaki National Park, located in Japan’s Okinawa Prefecture, was the first place in Japan to receive International Dark Sky Places accreditation (and the second in all of Asia — the first was Yeongyang Firefly Eco Park in South Korea).

The park is located on the Yaeyama Islands, close to the Tropic of Cancer, and from it you can see up to 84 of the 88 constellations recognized by the International Astronomical Union. However, viewing conditions on any given night depend on the season and weather conditions.

The largest game reserve in South Africa, Kruger National Park encompasses more than 7,500 square miles. Most visitors come hoping for a sighting of the famous Big Five — lions, leopards, rhinos, elephants, and water buffalo — as well as a luxurious stay in a high-end safari lodge.

However, the park’s remote location and lack of light pollution make for impeccable night-sky viewing opportunities, with the flat savanna and bushveld an ideal terrain for training binoculars on the Southern Cross, Scorpio, and rings of Saturn. Adding a nighttime astronomy experience to your game-drive itinerary is a must on any visit to Kruger National Park.

About 2,500 miles southwest of California and studded with high volcanic peaks, the islands of Hawaii have evolved into one of the world’s premier astronomy destinations, and the Mauna Kea summit on the Big Island is perhaps the most famous stargazing spot in Hawaii.

High above the town of Hilo, close to Mauna Kea’s 13,803-foot peak, sits Mauna Kea Observatory, the largest research observatory in the world. It’s a major astronomy hub, home to thirteen of the world’s largest and most powerful telescopes.

What’s more, Mauna Kea is one of the only places in the world where you can drive from sea level to nearly 14,000 feet in about 2 hours — just make sure to stop at the Visitor Information Station to acclimatize so you don’t get altitude sickness.

Still, such a journey will reap rich and starry rewards: you can see many of the Northern Hemisphere’s celestial wonders with remarkable clarity, including the Milky Way, the bands of Jupiter, and the constellations of Ursa Major and Orion. And because Mauna Kea is so close to the equator, around 80 percent of Southern Hemisphere stars are visible from here, too — in other words, roughly 85 percent of all the stars visible from Earth can be seen from Mauna Kea.

For more Hawaiian stargazing, head to Haleakalā National Park on the island of Maui. You can grab a star map at the Park Headquarters Visitor Center or Haleakalā Visitor Center in hopes of spotting the moons of Jupiter — or, on a cloudy night, a halo around your shadow.

Photographers have even been known to be able to get a coveted “moonbow” shot at Makapu’u on O’ahu and the Kalpana Coastline of the Big Island. Moonbows, also known as lunar rainbows, are very rare: they’re essentially a rainbow lit by the moon instead of the sun, and they require precise conditions to occur.

Related: These Stargazing Tips Will Help You See Stars and Constellations From Your Backyard


If Pic du Midi in the French Pyrénées mountains is a good enough spot for NASA scientists to take photographs of the surface of the Moon in preparation for the Apollo missions, it’s good enough for us. You can take a cable car from La Mongie to the summit, where a mountaintop observatory is perched above the clouds.

Plus, the reserve encompasses both a UNESCO World Heritage Site (Pyrénées-Mont Perdu) and a French national park (Pyrénées National Park), and you can even book an overnight stay at the Pic for an unforgettable sleep under the stars.

Located north of the Arctic Circle, not far from Sweden’s border with Norway and Finland, remote Kiruna is just under 30 miles from Esrange Space Center, Europe’s largest civilian space center.

If you want to be blown away by nighttime sky spectacles, Swedish Lapland is your ideal destination. Not only can you stare heavenward in awe of the blanket of glittering constellations, you might get lucky with a double-whammy showing of the colorful aurora borealis, also known as the northern lights.

If you’re up to explore, take a bus to Abisko, where you can ride a cable car up to the Aurora Sky Station for one of the best northern lights viewing experiences on Earth.

And, of course, stay at the famous IceHotel in the village of Jukkasjärvi, about 11 miles from Kiruna, for a truly memorable visit to Sweden’s northern extremities.

Roswell jokes aside, New Mexico really does have a special relationship with space exploration. Blessed with high altitudes, low population density, a dry climate, and clean skies, the state is home to Gold and Silver-tier Dark Sky Parks and some of the best stargazing opportunities in the world.

Expect exceptional views of the Milky Way, Venus, and Mercury, along with many constellations popularized in local indigenous art and lore (like Orion, Gemini, and Taurus) and maybe even the faint glow of zodiacal light.

Related: The Best Binoculars for Stargazing

Tropical jungle doesn’t normally equate to great stargazing, but when the conditions are right, Costa Rica might surprise you. Its location near the equator means that this Central American country is uniquely positioned to view both northern and southern constellations.

In fact, it’s one of the few places above the equator where the Magellanic Clouds are visible. These two irregular dwarf galaxies orbit the Milky Way Galaxy and were first identified by explorer Ferdinand Magellan and his crew during the first voyage around the world in the 1520s. Visitors during the dry season, which stretches from about December to April, have the best chance of seeing them.

Known primarily for another kind of star — the sort you’ll find in Hollywood — and an ever-present blanket of smog, Los Angeles might not seem like an ideal place to go constellation-gazing. But the presence of the iconic Griffith Observatory, perched high atop Mount Hollywood, makes it a worthwhile destination for the astronomically intrigued.

Depending on the time of year, Jupiter, Venus, assorted double stars, clusters, and nebulae might be visible from Griffith Observatory. And with the facility’s powerful telescopes, you can get an incredibly detailed view of the moon and its craggy surface.

Take a peek at the observatory’s Weekly Sky Report for insight into what’s visible in the night skies of southern California. 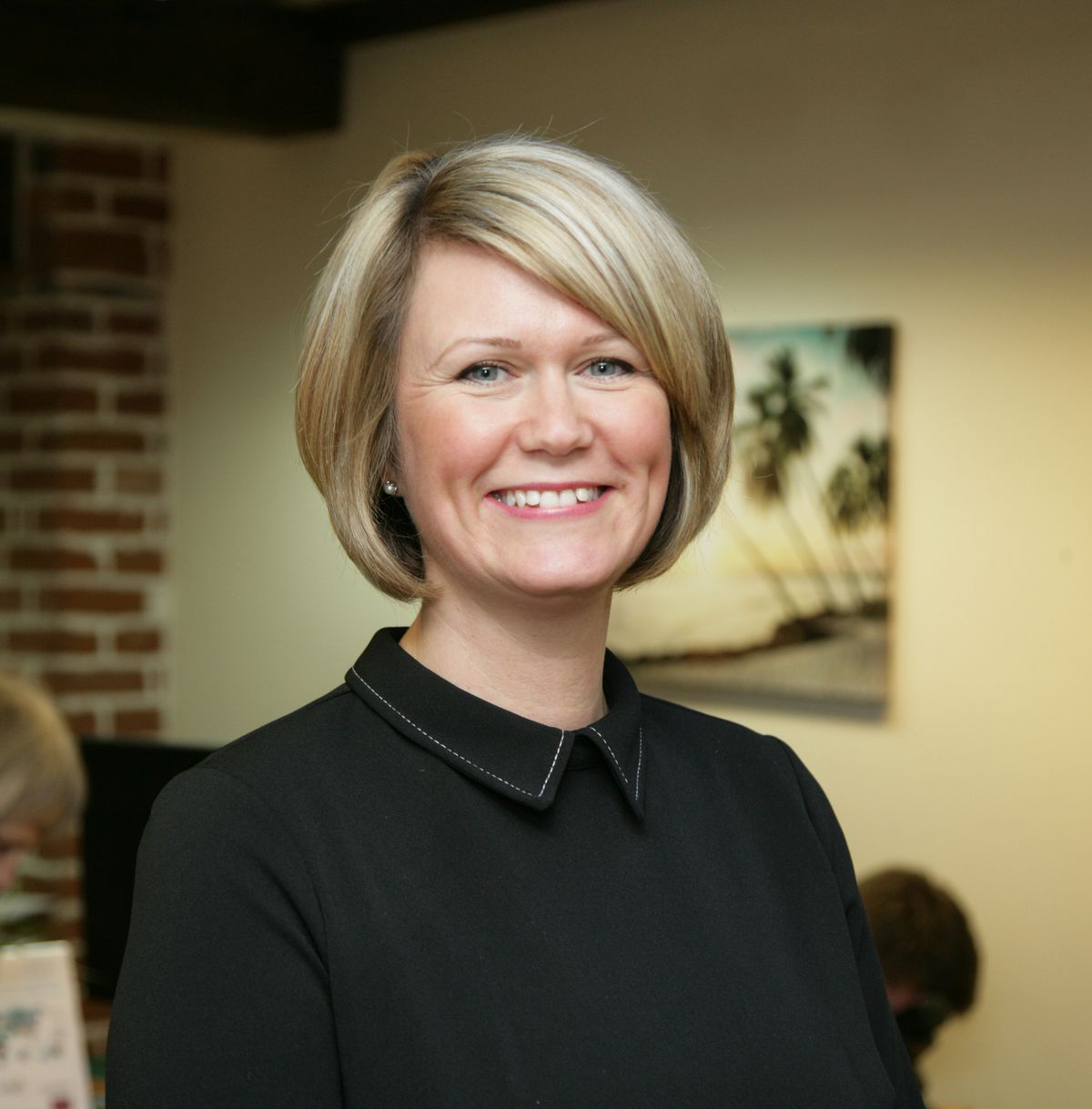