Japan is an island nation comprised of almost 7,000 islands. As a result, it receives plenty of swell from nearly all directions.

Despite being relatively unexplored and uncrowded, the country’s coastline has several well-known regions that perfectly suit the average surfer.

The Land of the Rising Sun is still an enigmatic surf destination.

Located in the northwest of the Pacific, Japan can be a snowy haven for winter sports enthusiasts and a tropical dream for surfing addicts.

The territory is divided into eight regions. From north to south, Hokkaidō, Tōhoku, Kantō, Chūbu, Kansai, Chūgoku, Shikoku, and Kyūshū.

Each of these eight regions features prefectures, which are smaller administrative jurisdictions, or territorial subdivisions.

Japan has 47 prefectures. But if you’re a surfer visiting Japan, you should focus on two or three regions and a handful of prefectures. 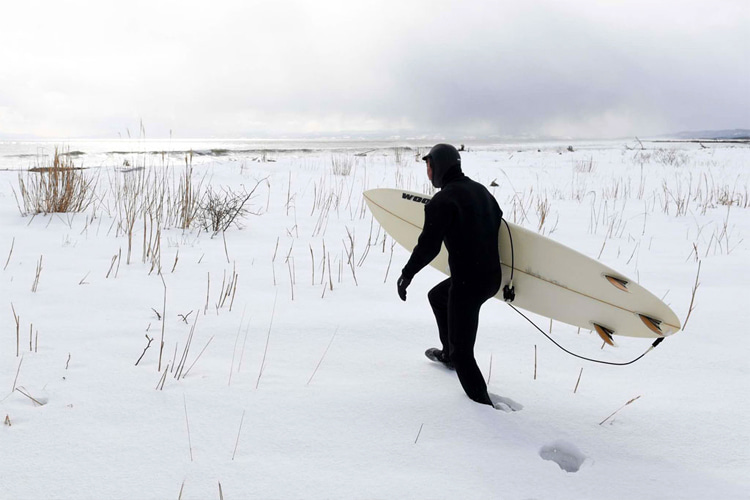 The Hokkaidō prefecture is the northernmost of Japan’s four main islands.

Despite being a popular snowboarding region, you can also find a few wave riding gems on the west coast facing the Sea of Japan.

Hokkaido is more snowboarding than surfing with some bitter water and air temperatures in winter.

So, it can be too cold for the average weekend warrior.

But during summer, it could be a superb option because there aren’t many local surfers.

Watch out for the icebergs, though. 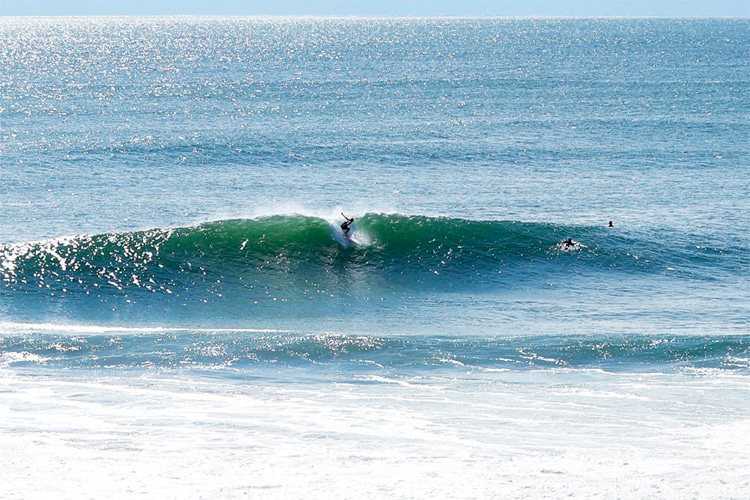 Welcome to a region known for its powerful world-class waves.

Sendai has a long surfing history, and the area is famous for having spectacular surf breaks.

At most of the peaks, you’ll get overhead waves, but if the ocean’s flat, there’s always the city for a bit of action.

Further north, winter days can be extremely cold, and you’ll definitely need a 5/4 mm wetsuit – or even a dry suit – for the coldest days. 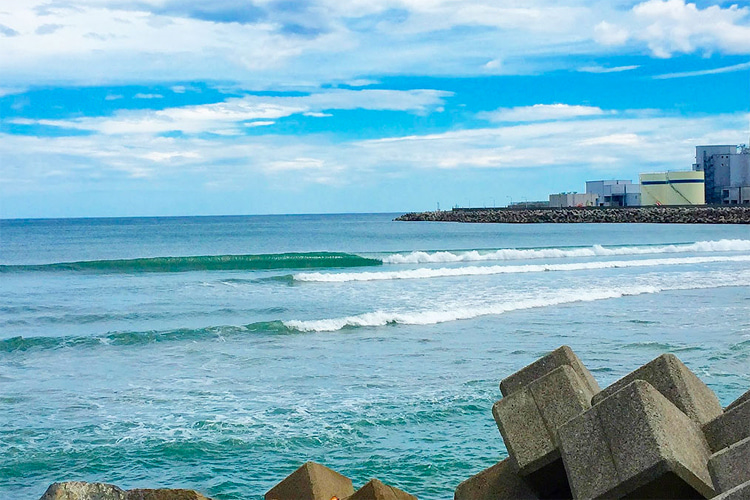 Fukushima has a wide variety of beach and reef breaks and delivers consistent waves throughout most of the year.

During wintertime, the water temperatures are extremely cold, so grab yourself a warm wetsuit before paddling out.

Localism is a bit heavy around here, due to the fact that these surf spots are located near Japan’s capital, Tokyo.

Nevertheless, since the tragic 2011 tsunami, the surfing community has dramatically decreased in number, so you’ll always find a peak to sit on. 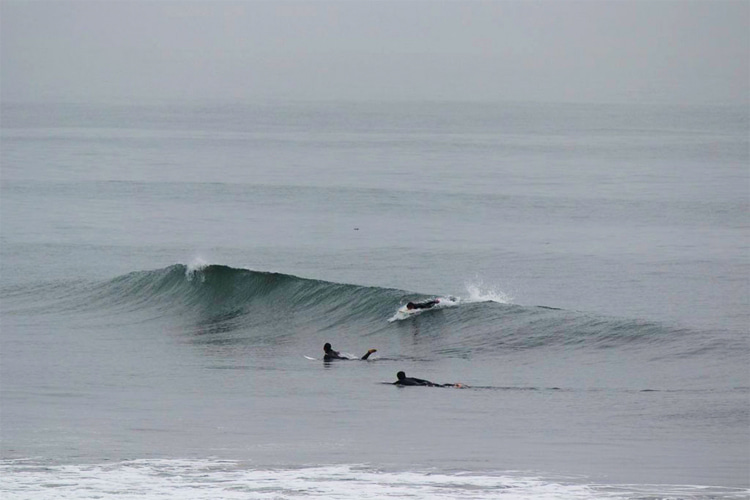 The region is known for its small-wave beach breaks and wind turbine.

As a result, you’ll get lots of wind, which is not always good for the surf. Onuki, for instance, is a longboarder and beginner’s heaven.

But if you’re on a shortboard, you should definitely travel along the coast in search of hidden gems. 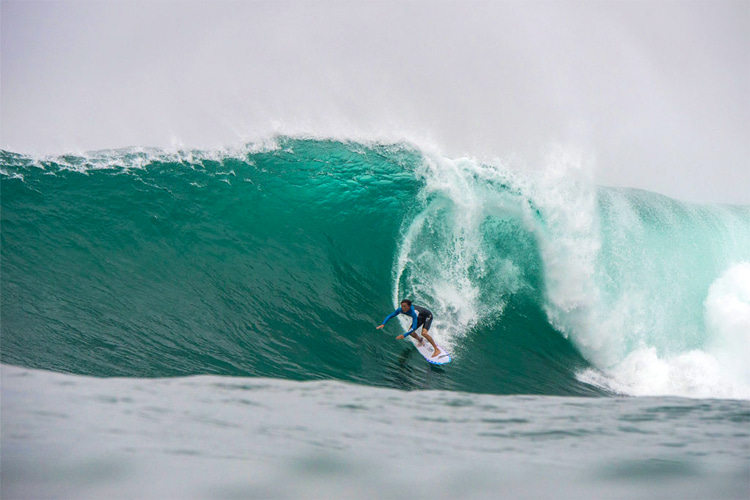 Chiba is one of the most popular surfing regions in Japan.

It is known for its powerful beach breaks and thundering reef breaks, making it the go-to surf destination in the Land of the Rising Sun.

The area is home to several international surf contest thanks to its consistent swells and highly rideable surf lines.

Chiba can get crowded, especially between August and October, the best time of the year to surf the region. 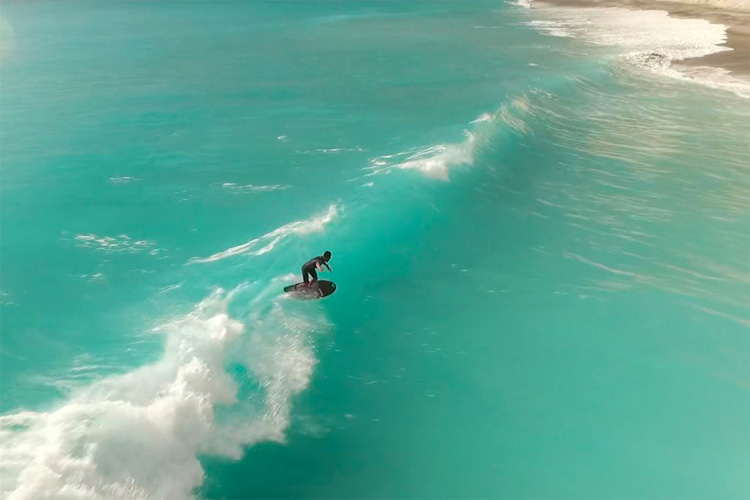 With clean, crystal clear water and waves, Niijimia is one of the 12 islands and islets of the Izu Island volcanic chain.

The place has pristine beach break waves during summer, the time of the year when young Japanese party animals visit the island looking for a good time.

To access the island, catch the ferry or book a flight from Haneda Airport. 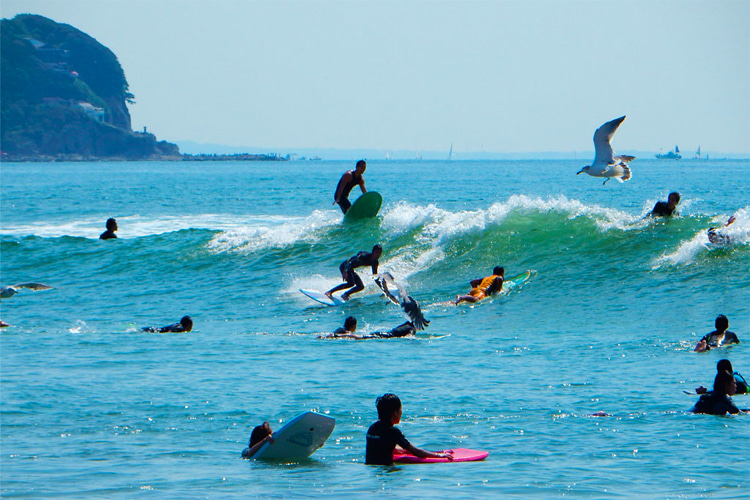 Kanagawa is located south of Chiba, and it’s a famous surfing region due to the fact that it blends urban life with wave riding opportunities.

The region offers consistent, small, and fun beach break waves at Kugenuma or Shona, and it can be accessed easily.

Pay attention to the Pacific typhoon season calendar, and work your way up the coast between August and October. 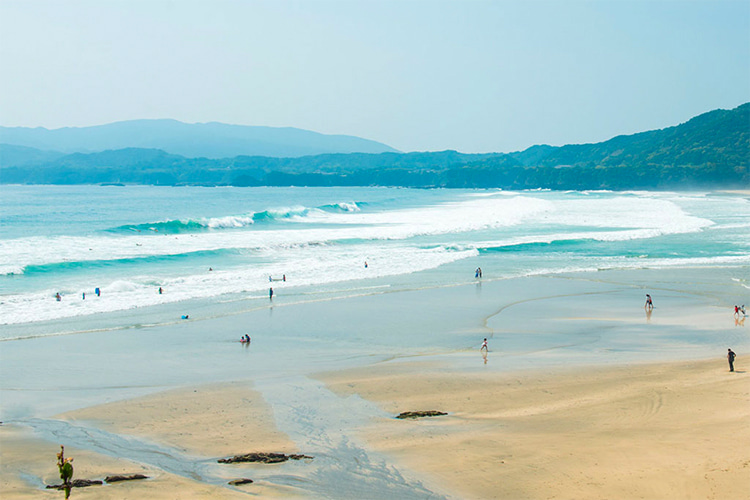 Shizuoka is a laid back and rural surf region located south of Tokyo.

It is less crowded than Shonan, but it can deliver better waves, especially when typhoons approach the area.

There are plenty of beach breaks, reef breaks, and river mouths for you to explore here. 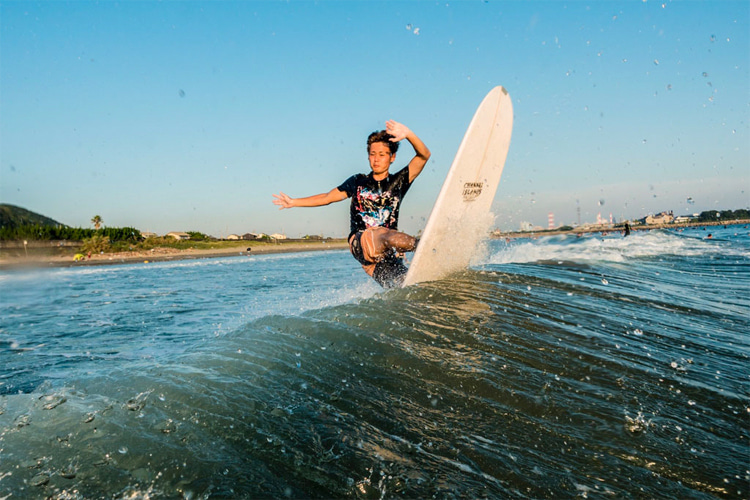 Wakayama has some of the best reef breaks and point breaks in Japan.

It is one of the favorite regions for the Osaka surfing community, and it always has a perfect empty wave waiting for you.

With a decent swell, the area produces world-class surf.

Shikoku is the fourth largest island in Japan and is known for its relaxing vibes and big waves.

With a coastline facing southeast, Kochi is the island’s main surf center and provides plenty of beach breaks and point breaks.

The Kaifu river mouth is one of the stars of the region and should pump spectacular waves during the typhoon season. 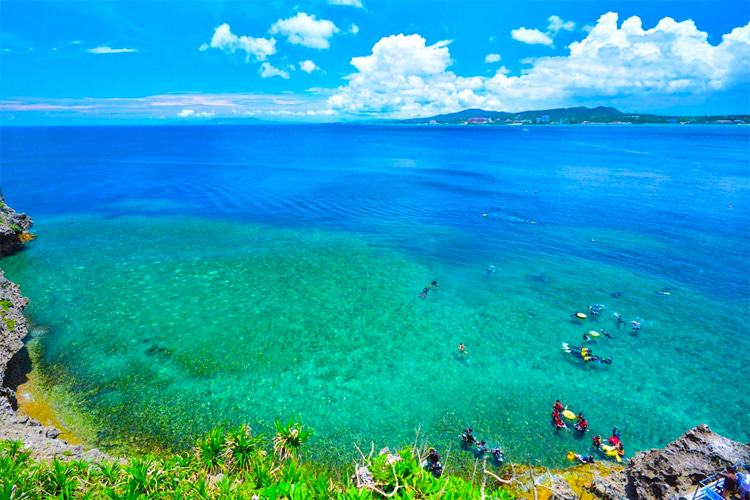 Okinawa is a synonym for reef breaks and tropical waters.

It’s an island chain comprising more than 150 small islands and islets that will deliver an Indo-like surfing experience.

With the right swell direction, you’ll get world-class waves breaking over sharp coral.

This advanced surfing region has warm waters all year round and will allow you to witness American F-16 fighter aircraft flying above you.

You can start exploring the main island of Naha before embarking on a boat trip to the many tropical surfing gems that can be found in the surroundings. 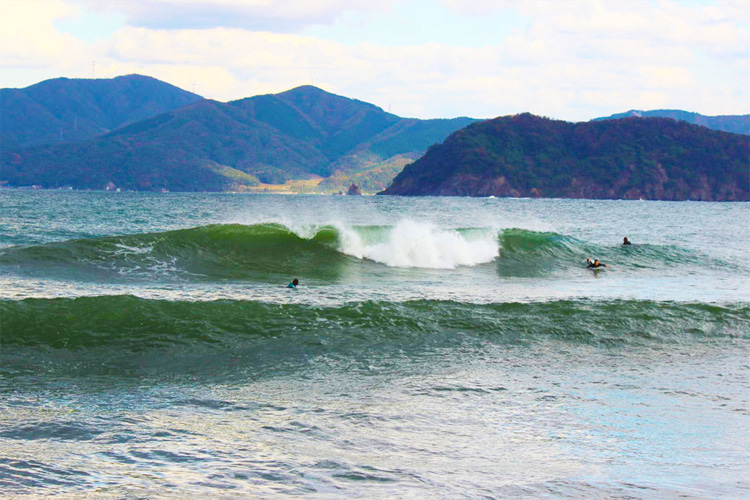 The Sea of Japan is the epicenter of thunderous winter storms.

So, it is no surprise that it can deliver the goods and produce giant, cold waves. Tottori is where you want to be if you’re into big wave surfing.

Winter swells will also pump some of the biggest barrels Japan has to offer.

The best time of the year to surf the region is between December and April. You’ll love the scenery and enjoy the local clean waters.