As of October 6, the Atlantic hurricane season has already seen 25 named storms with Hurricane Delta churning across the Yucatan Peninsula and predicted to gather strength again in the Gulf of Mexico before slamming into the US Gulf Coast.

The fact that the late season tropical storm takes its name simply from a letter of the Greek alphabet indicates just how busy this season has been. We ran out of designated names four storms ago.

It’s possible that this storm season could see almost three times the number of named storms compared to the average season between 1981 and 2010, according to data from hurricane forecaster Philip Klotzbach at Colorado State University.

Right now we’re at 260 percent of the 9.6 storms-per-season average seen during those decades. And that three-decade era was already considered to be a period of increased Atlantic tropical storm activity compared to earlier in the 20th century.

The seminal moment when it became undeniable something had shifted came in 2005, when Hurricane Wilma became the most intense tropical storm recorded in the Atlantic Basin. And the category 5 monster came on the heels of historic destruction visited upon the Gulf Coast by hurricanes Katrina and Rita, also cat-5 storms.

In the fallout following those two catastrophic storms, the director of the National Hurricane Center at the time testified before Congress in September, 2005 that the Atlantic was in a period of increased cyclone activity driven by natural cycles rather than climate change. The thought at the time was that this period of tropical storm turmoil would likely be ending or at least waning by 2020.

MORE FROM FORBESWhere Is Hurricane Delta Going And How Strong Will It Be?By Marshall Shepherd

NHC meteorologist Chris Landsea said then that the impact of global warming would be “minimal for the foreseeable future” adding that climate change may increase hurricane wind speeds and rainfall by about 5 percent, but perhaps not until the 22nd century.

At the time, global warming was more of a political hot potato and it was far more common for scientists and policy makers to hedge their language when speaking about research involving climate change and its impacts, which have since become more clear.

Fifteen years later, an overview of current research into global warming and hurricanes from the Geophysical Fluid Dynamics Laboratory at Princeton has a different forecast, while continuing to hedge about the role of global warming.

The review highlights modeling studies that predict a near doubling of category four and five hurricanes this century, but adds “we still have only low confidence that such an increase will occur in the Atlantic basin, based on an updated survey of subsequent modeling studies by our and other groups.”

While there is a lack of “high confidence” that global warming can be blamed on the overall increasing number of Atlantic tropical storms, there is also this key conclusion:

“It is likely that climate warming will cause Atlantic hurricanes in the coming century to have higher rainfall rates than present-day hurricanes, and medium confidence that they will be more intense (higher peak winds and lower central pressures) on average.”

We have been conditioned to measure hurricanes in terms of intensity and wind speed, which is how we place each storm in a category on the Saffir-Simpson scale. But as the last half-decade has taught us, rainfall and storm surge can create apocalyptic scenarios without being accompanied by destructive winds.

In 2017, Hurricane Harvey peaked in strength with category four winds, but then quickly weakened to a mere tropical storm that simply sat over Houston and dropped five feet of rain.

What should have been a once in a millennia event was then repeated just a year later when Hurricane Florence exhibited nearly identical behavior over the mid-Atlantic coast.

In 2020, Hurricane Laura has already brought floods to Louisiana, and now NHC forecasts show that Hurricane Delta could bring up to ten inches of rain to that devastated area just about six weeks later.

It takes years to study trends in tropical storm behavior, so it makes sense that we can not yet say definitively this hyperactive hurricane season can be blamed entirely on climate change. Natural cycles are a reality, after all.

However, the trend is becoming clear to those living through the data points that will be analyzed over the course of this decade. What were once described as “minimal” impacts in 2005, are now becoming more explicit.

Klotzbach notes that the last five hurricane seasons have all been above average in terms of accumulated cyclone energy. It does not appear that a natural cycle of escalated activity is on the wane.

It now looks like a strong possibility that 2020 will break the record set in 2005 for named Atlantic storms. This won’t prove that climate change has ushered in a new era of hurricanes, but it will make a number of us a lot more confident in our educated guesses that global warming has at least super-charged a number of the storms we now see.

Wed Oct 7 , 2020
The nonprofit Vitalant held a blood drive Friday at the Louisville Recreation and Senior Center, urging residents to give in their community and help the lives of people in need. The drive saw 43 donors between 9:30 a.m. and 1:30 p.m. Each donation was tested for COVID-19 antibodies to find […] 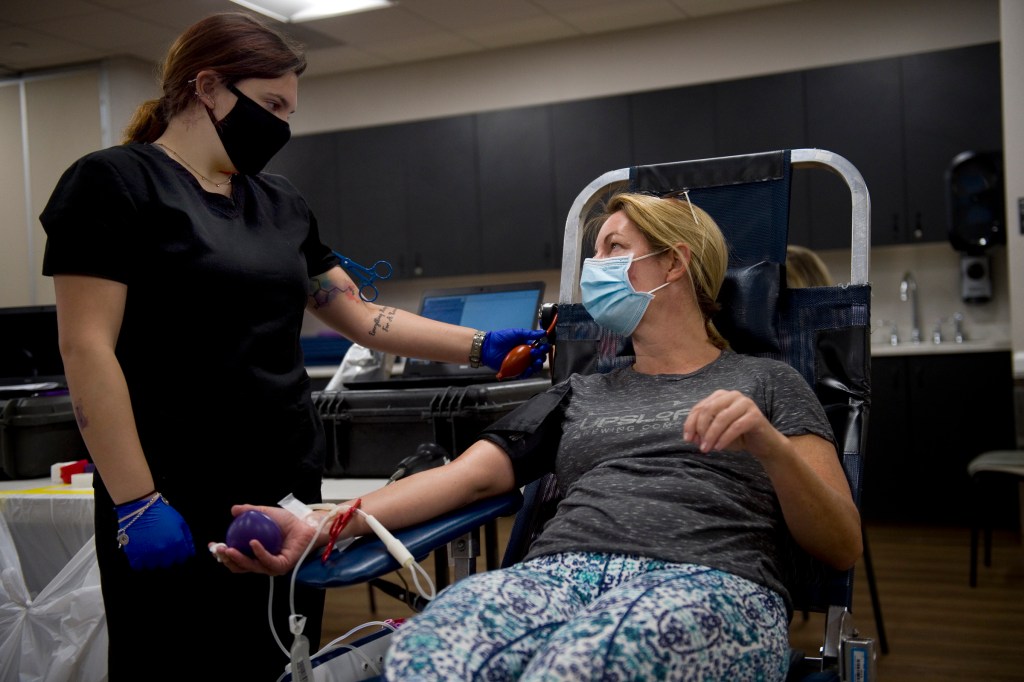