Richard McGuire, 42, was arrested in April for allegedly camping at Disney’s former Discovery Island zoological park while the entire resort was closed due to the coronavirus pandemic.

As deputies searched by ground, air and water trying to locate McGuire, the suspected trespasser recorded videos of himself hiding on the island.

“Disney world ain’t playing. Disney World ain’t (expletive) playing,” McGuire said in a video, recently posted on his YouTube channel, showing him covering himself with leaves as the sheriff’s helicopter can be heard circling overhead.

McGuire has pleaded not guilty to trespassing at Disney, a misdemeanor that carries a maximum one-year jail sentence.

Newly released video captured by deputies’ body-worn cameras shows how the manhunt unfolded on Discovery Island, an 11-acre island in the middle of Disney’s Bay Lake that once housed animal exhibits, walking trails and a refreshment stand.

The former park, which can only be reached by boat, closed to the public in 1999, one year after Disney’s Animal Kingdom theme park opened.

A wildlife trail camera, like the kind used by hunters and biologists, snapped a photo of a man trespassing on Discovery Island just before 7:00 a.m. on April 30, Disney security officials told deputies.

Videos posted on McGuire’s YouTube channel indicate he traveled to the island around 11 p.m. the previous night using a small boat that he transported to Disney property on the roof of his van.

About one hour before the trespasser was photographed by Disney’s camera, McGuire can be seen on a YouTube video drying his boots in front of a campfire that appears to have been ignited inside a building on the island.

“You guys, if you all ever do this, be respectful to the next people who are explorers,” McGuire said on the YouTube video. “If you have a fire, make sure you put it out the next day. I’ve been doing this since 2004 and I’ve never caught anything on fire.”

Around 8 a.m., two deputies took a boat across Bay Lake and began searching the island.

The deputies’ body-worn cameras show them holding guns as they looked for the trespasser inside the former park’s decaying buildings and along vine-entangled trails.

“He’s got to be somewhere here,” one deputy said as she realized more law enforcement officers would be needed to cover the island.

A few hours later, three teams of deputies arrived at Discovery Island by boat and began canvassing the property as the sheriff’s helicopter flew overhead.

In one of the videos posted on McGuire’s YouTube channels, deputies’ voices can be heard in the background as he appears to hide from them.

“They’re talking to me,” McGuire said on the video. “The island is surrounded.”

For more than an hour, deputies trekked through the former zoo’s rusty animal cages, crumbling restrooms and collapsed boardwalks, at times using machetes to chop through thick brush.

“This is the best game of hide-and-seek ever,” one deputy joked.

“Dude, this is sketchy,” his partner responded.

Unable to locate the trespasser, deputies ended the ground search, but Disney employees continued to watch over the island from shore.

“We probably walked right past him,” said one deputy before leaving the island.

Around 8:00 p.m, deputies were called back to Walt Disney World when a man who later identified himself as McGuire was seen crossing Bay Lake in a motorized boat.

“I’m just wore out. Flat wore out,” McGuire said shortly after approaching a deputy on the shore and pulling the boat out of the water.

“Did you go camping?,” asked the deputy.

“Yeah,” McGuire responded. “That’s a tropical paradise. I was going to stay out there for about a week.”

As McGuire was handcuffed and placed in a patrol car, deputies located his camouflage-colored van with a decal that read “Wildlife Field Biologist”.

Near the van, which deputies said had been illegally parked in an alley behind homes in Orange County’s Horizons West neighborhood, deputies encountered a woman believed to be McGuire’s girlfriend.

Although she originally denied knowing anything about McGuire, the unidentified woman later acknowledged McGuire was there to shoot videos for their YouTube channel, deputies’ body-worn cameras show.

“I told (McGuire), ’Look, if you get in trouble, count me out. I’m not part of it,’” the woman explained to deputies. “I love him, but not that much.”

Even though McGuire’s criminal case is still being prosecuted, new videos showing him on Discovery Island have been posted on his YouTube page as recently as last week.

“Luckily, I’ve already taken my daughter Disney World before I got a life ban,” McGuire told his 2,300 YouTube channel subscribers in his most recent video. “Who wouldn’t want to go and have it all to themselves?”

Sun Sep 20 , 2020
The Los Angeles Museum of the Holocaust is changing its name and logo. The new Holocaust Museum Los Angeles, it announced on Friday, aims to prioritize history and education centered on fighting hatred and intolerance toward all communities. “We’re a Holocaust museum and this puts the Holocaust name first,” museum […] 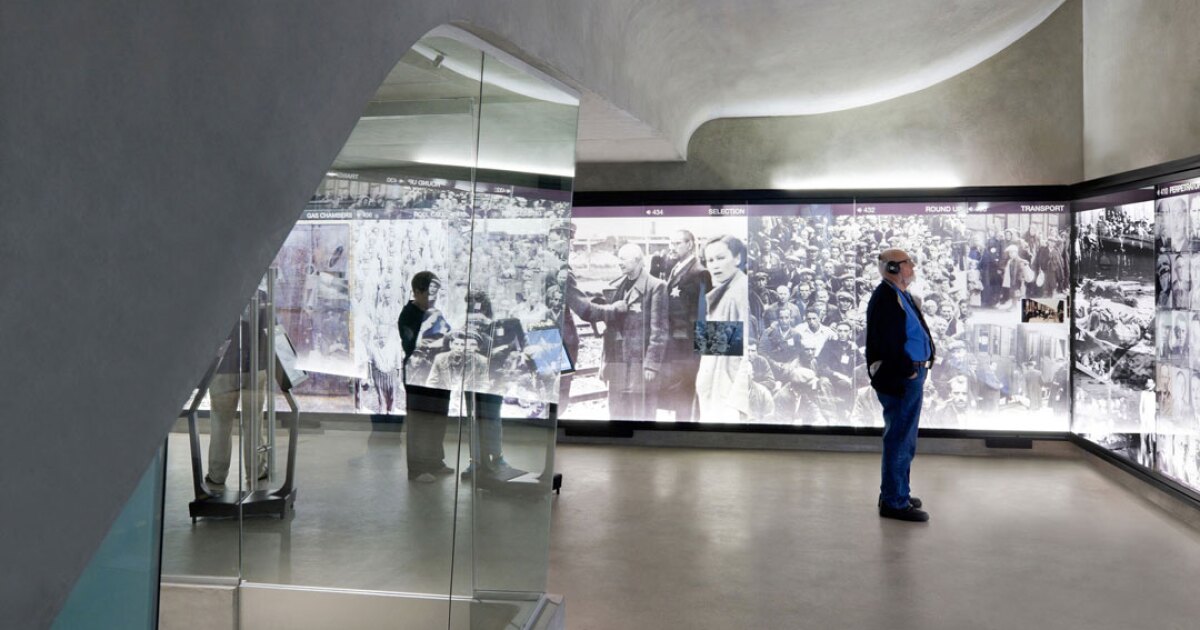