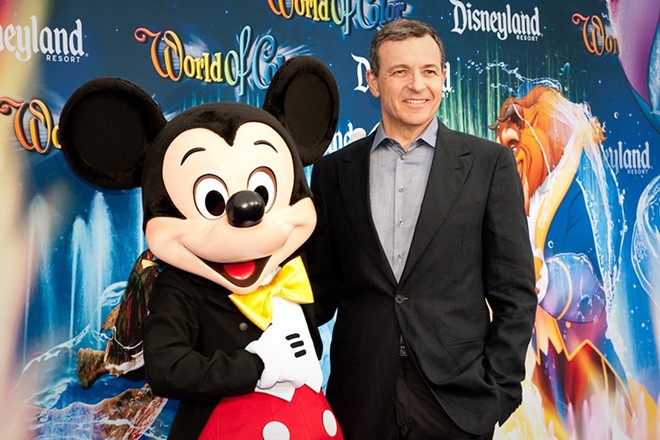 After weeks of a slow trickle of downsizing, Disney sent shock waves through Central Florida’s economy when, at the end of September, it announced tens of thousands of layoffs. Immediately fans from around the world reached out to help those affected. Numerous funds, food drives and other assistance have since begun appearing throughout the region in an attempt to lessen the personal impact of this significant blow to the local economy. These resources are all designed to supplement existing ones in Central Florida, which already have an outsized role to play due to the high percentage of low-wage jobs in the region.

Disney-focused bloggers Sarah and Tom Bricker created a virtual fundraiser with local food pantry Second Harvest Food Bank. The fund has blown past the initial goal of $2,000 and has since raised more than $42,000.

A cast member-specific food pantry was launched earlier this year by a CM who saw the struggles of Disney College Program students who were being sent home early. Then as tens of thousands of employees were furloughed, the need for assistance only grew, and as many of those furloughs have become permanent layoffs, the donations are increasing. Now the Central Florida resident is helping launch a second food pantry for affected cast members in Southern California. Cast Member Pantry is on Facebook and Twitter, and maintains an Amazon Wishlist and a Venmo. Since launching this summer, the pantry has provided more than 7,000 appointments and has seen a waitlist reach 1,500 people.

A fellow furloughed CM created another group, WDW Cast Member & Hospitality Pets in Need, specifically for cast members’ pets. The Facebook-based group is accepting pet food donations, mostly via an Amazon Wishlist. It then provides resources to any affected cast members who need assistance in providing for their animal pals. Recent posts have noted that there is a need for flea/tick medication.

Unite Here Local 362 and Local 737 represent thousands of Central Florida hospitality workers. Within days of the mid-March furloughs, the union published a 17-page document (PDF) that includes advice on a range of financial, health and other topics. The document hasn’t been updated since this spring, but most of its advice remains relevant.

The Disney Stage technicians have set up their own Linktree to help drive traffic to Etsy and other small shops owned by those within or related to the entertainment industry.

There have also been similar calls on social media to support the side hustles that have suddenly become their primary hustle for many cast members. Theme park journalist and podcaster Carlye Wisel has been gathering these various lists in an ongoing Twitter thread.

Similar to Wisel’s thread is a private Facebook group, Ear For Each Other, for furloughed and laid-off cast members to promote and support each other’s side hustles.

As the description on the Ear for Each Other page notes, “This will not last forever. This is a moment. Let’s help each other get through this moment.”


—
Please follow CDC guidelines and Orange County advisories to stay safe, and consider supporting this free publication. Our small but mighty team is working tirelessly to bring you news on how coronavirus is affecting Central Florida. Every little bit helps.