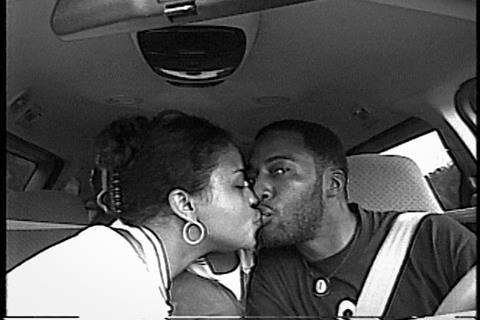 Fox Rich made a vow after she and her husband were both incarcerated for their parts in a botched bank heist. She decided that, on her release, she would “use my voice for the voiceless.” And what a voice it is. A mother of six boys, a businesswoman, an activist and a tireless campaigner for the release of the husband who was sentenced to 60 years in prison without remand, Rich is a force of nature. Both a celebration of familial resilience and an indictment of the American justice system, Time blends verité documentary footage with nearly two decades worth of Rich’s home videos – personal messages recorded for the husband she was only permitted to visit twice a month, for two hours at a time.

This empathetic documentary screens in London following a successful festival run which kicked off in Sundance, where director Garrett Bradley won the documentary directing prize. After a limited cinema release, the film will be available to stream through Amazon Prime worldwide. Awards notice is not out of the question.

The film was originally conceived as a short portrait of a wife and mother as she lobbies for her husband’s parole. But after Bradley had completed filming, Rich handed her a cache of mini dv tapes which documented her life and her growth over the last twenty or so years. This resource is woven through a film which approaches its non-linear structure with a light-footed agility. The choice to present all the footage, both the camcorder and the documentary shots, in black and white gives the film a timelessness which is echoed in Rich’s eloquently argued charges against a justice system which, now and always, has disproportionately punished black people. Rich draws a parallel between the prison system and slavery – an argument which will be familier to viewers of Ava DuVernay’s 13th, a film with which Time has a thematic kinship but a dissimilar approach.

The woman who first caught the attention of Bradley is a warrior armed with weapons-grade charisma and a voice that sounds like a cross between a lullaby and a battle cry. But the home video component of the film is perhaps the most powerful tool in that it both lays bare the extent of the time which passes, carved from the lives of the family, and gives insight into how Fox Rich became the woman she now is. In the earliest footage, when Rich is pregnant with the twins who will have turned eighteen before their father is finally released, her voice is a soft, uncertain whisper. Later, we see her on stage, talking to a rapt audience of women who feel every loaded word deep in their bones. As she states after yet another dispiriting rebuff from the office of the judge evaluating her husband’s case, success is the best revenge.

And for Rich, personal success is not enough. Her high achieving boys – on the way to becoming dentists, engineers, and in one case, what looks like a serious contender for leader of the free world – are her pride. They are also a defiant denial of the narrative that is pre-written for the young black sons of incarcerated fathers. The long awaited family reunion is a heart-swelling finale to a fiercely engaging film.