© 共同通信社 Tokyo became part of the government’s domestic travel subsidy program on Thursday, as the amount of assistance offered to travelers amid the coronavirus pandemic was increased to cover up to half of the entire costs. A similar initiative to promote consumption at eateries also kicked off the same […]


Tokyo became part of the government’s domestic travel subsidy program on Thursday, as the amount of assistance offered to travelers amid the coronavirus pandemic was increased to cover up to half of the entire costs.

A similar initiative to promote consumption at eateries also kicked off the same day, in which points are given to patrons reserving seats that can be used the next time they eat at a restaurant that has joined the program.

The “Go To Travel” campaign was launched in July, but travel to and from Tokyo was initially excluded due to the high number of new coronavirus infections at the time.

The 1.35 trillion yen ($12.8 billion) travel push, expected to run until the end of January, originally offered a 35 percent discount on hotel and package tour fees.

Travelers will now also receive additional coupons worth 15 percent of their travel costs for use at their destinations.

The discount is capped at 20,000 yen per person per night for hotel or package tour fees and 10,000 yen for day-trip fees.

However, how effective the campaign will be has yet to be determined, as there are just two public holidays on the calendar through the year-end and midweek travel in Japan is still rare, observers say.

As Tokyoites comprise about 10 percent of Japan’s population, spurring their trips is expected to help boost tourism nationwide. But if travelers flock to tourist spots on weekends, it could lead to another wave of coronavirus infections.

In view of such concerns, the government has said it will encourage people to take days off during the week and telework from travel destinations in the style of a working vacation, or “workation.”

Whether travelers spend money at local tourist spots rather than familiar nationwide chains that also accept coupons will also sway the program’s benefits to regional economies, according to the observers.

The coupons can be used not only for shopping, dining, visiting tourist facilities and transportation during trips but also at supermarkets and clothing store chains.

Only about 117,000 businesses have registered so far to accept the coupons, against the government’s projection of 1 million, making it potentially difficult for travelers to use the coupons at their destination.

The “Go To Eat” campaign, meanwhile, is designed to help the restaurant industry by offering the points as well as issuing prepaid premium coupons.

From Thursday, points worth 1,000 yen will be awarded for a dinner reservation and 500 yen for a lunch through the end of January and can be used for payment at eateries covered by the program by March next year.

Coupons with 25 percent premiums will also go on sale later in October, according to the farm ministry.

Sun Oct 4 , 2020
In “Red, White and Blue,” the fifth and final film of Steve McQueen’s Small Axe anthology (and the third to be shown at this year’s New York Film Festival, after the lilting reggae house-party movie “Lovers Rock” and the wrenching social-protest courtroom drama “Mangrove”), Leroy Logan (John Boyega), a British […] 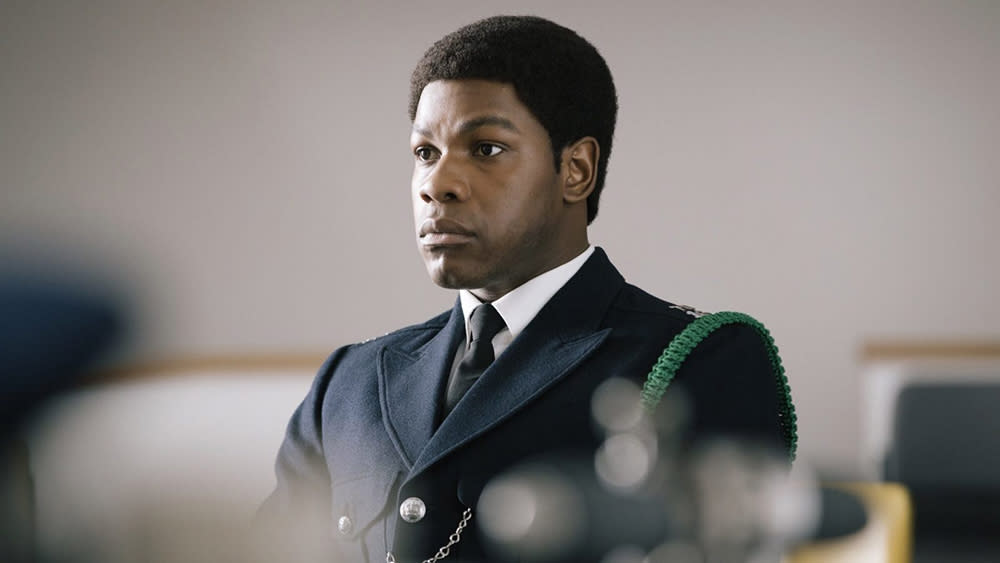