No Twitter, no Instagram, no TikTok, no Fortnite. No viral videos, no FaceTime follies, no tedious group texts, no apps of any kind. For those addicted to social media, the prospect of disconnecting entirely may seem daunting, even nightmarish. But for anyone who ever dreamed of Walden Pond—or simply crawled […]

No Twitter, no Instagram, no TikTok, no Fortnite. No viral videos, no FaceTime follies, no tedious group texts, no apps of any kind. For those addicted to social media, the prospect of disconnecting entirely may seem daunting, even nightmarish. But for anyone who ever dreamed of Walden Pond—or simply crawled under the covers at the thought of a Zoom bar mitzvah—the allure of director Anthony Russo’s off-the-grid cabin in the Angeles National Forest is undeniable.

“The place is less than an hour from my office downtown, but you feel like you’ve traveled far, far away from Los Angeles. It’s a radically different reality,” says Russo, who, along with his brother Joe, has directed four installments in the Marvel Cinematic Universe, including Avengers: Endgame and Captain America: Civil War. “The cabin gives me the opportunity to kidnap my kids for the weekend, bring friends up, or simply do some writing and other creative work in blissful solitude,” he explains.

© Stephen Kent Johnson
The dining room is outfitted with a candelabra by Robert Long Lighting, a Hans Wegner chair, and a custom linen chest by Dusk in the style of Gerrit Rietveld.


Russo’s getaway is one of a cluster of cabins in the San Gabriel Mountains built in the early 1900s as part of a program instituted by the U.S. Forest Service to encourage responsible land use. Accessing the site requires a 40-minute hike on unpaved foot paths that lead from a pack station down through the canyon. Anything that needs to be brought in, from groceries to building materials, must be transported by hand or pack mule. There are no sewage, water, or power lines, and no cell-phone or internet service. An antediluvian crank phone, straight out of a Hollywood period piece, connects the cabin only to neighboring lodges and the pack station.

“This place is truly remote, away from everything, but that’s the appeal. Even with the amenities and artisanal flourishes we installed, you’re still basically out there on your own in nature,” says designer Steven Johanknecht of the AD100 firm Commune Design. “The movers had to create handcarts to get all the material to the site. It took eight men hiking back and forth for days. It felt like a scene from The Ten Commandments,” he recalls, describing the extraordinary logistical challenges of executing the full-scale reconstruction project.

© Stephen Kent Johnson
The century-old cabin was built around a massive granite river boulder that supports the chimney stack.


Russo tapped Commune for the assignment after admiring the firm’s work for the Ace Hotel group as well as the late, lamented L.A. restaurant Ammo. “I felt like they had the right sensibility to respect how special this place is but also the imagination to make it of today,” the director explains. “I’ve always been obsessed with Adirondack style, and that was definitely one of our touchstones, but I wanted to see where Commune would go with that idea. I didn’t want something totally old-fashioned and nostalgic,” he adds.

© Stephen Kent Johnson
Beneath a ceiling sheathed in grass cloth by Astek, the bedroom loft features a vintage Swedish flat-weave rug and a handwoven basket by Dax Savage.


Johanknecht and his team responded with a scheme that balances pragmatic necessity with subtle nods to Shaker and Japanese design, Swedish and French chalets, and historic American mountain retreats. They replaced rotted redwood timbers with knotty cedar on the ceilings and reclaimed oak on the floors, and liberated the original stone fireplace from a straitjacket of paint accrued over many years. An array of refined details—including a bronze doorknob cast from a local river rock, fine finger joinery on the oak kitchen cabinets, and a custom cupboard, fabricated from salvaged redwood, with ginkgo-leaf marquetry—further elevates the nouveau rustic vibe. “Because of the size of the spaces, we had to make the most of every square foot, so the details became all-important. Our mantra was ‘utility with style,’ ” Johanknecht explains.

Russo’s property encompasses the main cabin, which measures roughly 600 square feet, a stacked stone bunkhouse below the front patio, a shower shed (water from the creek is collected in a cistern before being filtered and redistributed), an outhouse with a composting toilet, and a storage shed with truck batteries that harvest solar power. Hydraulic steel window covers close off the cabin when no one is in residence. “My wife, Ann, doesn’t like roughing it, so I asked Commune for the nicest outhouse anyone has ever seen,” Russo says, laughing. “She told me at the beginning, ‘You can get this place, but I may never sleep here.’ We tried to make it as comfortable as possible, but she still hasn’t spent the night. We’re working on it.”

Notwithstanding the lovely finger joinery, the presence of rattlesnakes, bears, and bobcats may not do much to entice the director’s reluctant spouse, but the panoply of nature is part of the deal in this wilderness sanctuary. “When you’re out of the city, different rules apply, so you have to be on your toes,” Russo confesses. “But when you step out of your normal life and embrace this landscape, it’s pure magic.”

Tue Oct 13 , 2020
When the pandemic blew a hole in the US labor market last spring, the hope was for a quick return to normal. It’s clear that hasn’t happened, and with the critical holiday shopping season approaching workers face a new drag on their prospects. Companies appear to be bringing on fewer […] 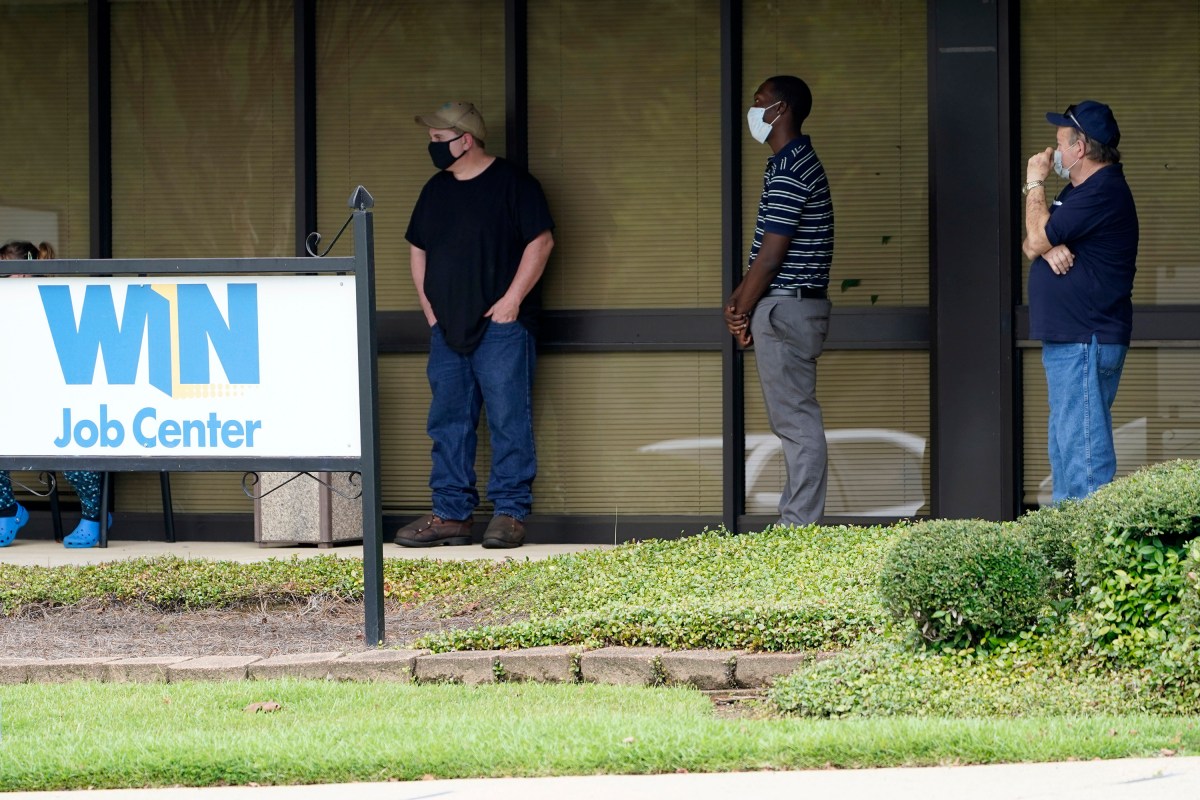