Disney World has made major changes to make sure guests have a safe and enjoyable experience when they visit the parks. Nina Fabinksi, a travel agent with TMC Travel, books a lot of Disney vacations. Her family of four loves to vacation with Disney as well and has been several […]

Disney World has made major changes to make sure guests have a safe and enjoyable experience when they visit the parks.

Nina Fabinksi, a travel agent with TMC Travel, books a lot of Disney vacations. Her family of four loves to vacation with Disney as well and has been several times.

“I needed to see and do it all so that I could advise my clients properly. I did not want to send someone in a situation that I didn’t 100% support and experience myself,” Fabinski said.

Fabinski’s family traveled to Disney World in August and checked out all the parks during their stay: Magic Kingdom, Epcot, Hollywood Studios and Animal Kingdom as well as Disney Springs. They also stayed at the Kidani Village, a Disney Resort hotel.

Disney’s new reservation system is keeping crowds down. However, Fabinski said the lines are longer than you think because Disney is cleaning the ride, every two hours. She said there is a chance that you will stumble upon a ride that has a longer wait.

There are also stickers on the ground to encourage social distancing in waiting lines for rides. They reduced some of the weaving and in areas where they couldn’t do that, Fabinski said they added plastic barriers to keep people separated and feeling safe.

There is hand sanitizer before and after every ride, guests are placed in rides with social distancing, often only one family per ride and masks are required everywhere.

Fabinski said Disney recognizes people need a break from masks and created spots to do that called relaxation station. Fabinski said inside the stations are socially distance tables and chairs, so you can actually sit mask free enjoy a treat, talk to your family, look at a park map and come up with your next set of goals for the next few hours.

Related: Disney to lay off 28,000 at its parks in California, Florida

As for wearing masks all day, Fabinski said her two children Lillian and Henry had no problem doing that. She also recommends bringing enough masks on the trip to change out your mask at least once a day.

“He wore that mask the entire time at Disney and did not complain,” Fabinski said. “I mean they absolutely loved it.”

Disney has canceled some activities because of COVID-19. There is no parade, no fireworks and limited character breakfasts but Fabinski says Disney World is still delivering on the magic families expect.

“I’m telling you what, what they have implemented was amazing,” Fabinski said.

That includes what Fabinski calls pop-up mini parades when you least expect it. Portions of the original parade will just show up in a part of one of the parks.

The benefits, Fabinski said, is there is no more waiting at the curb for an hour for a parade, there is no more other guests bumping into you or someone taking your spot, they kind of just happened

“We were at Epcot for example, we were walking past Canada, and all of a sudden I hear this music,” Fabinski said. “I turned around and here comes Mickey Mouse in an old fashioned-like, old-timey vehicle with Minnie and Goofy and Pluto, I mean it blew my mind.

“I’m like, ‘Hi Mickey, I love you, I miss you so much.’ He’s blowing kisses at me. it was such a personal experience that you don’t normally get in a larger parade, like situation, they kind of just randomly wave.”

While kids can’t hug a character, there are still moments. Fabinski witnessed one with kids and Winnie the Pooh.

“He was outside at Epcot with his giant net trying to catch butterflies. It was the most adorable thing, he was playing peek-a-boo around the trees,” Fabinski said. “All of a sudden a few guests lined up because oh Pooh Bear, they wanted to take pictures. So he got as close as he could get to the fencing and he was playing peek-a-boo with this little girl whose mother was taking photographs.”

Fabinski says the experiences might be different but families can definitely still have that Disney magic they have come to know and expect.

“Like everyone else in the world, I wasn’t quite sure what it was going to be like, but I did all my research ahead of time and I do have a lot of faith in Disney and, yeah, it was absolutely amazing,” Fabinski said.

Fabinski said they stayed at Kidani Village near Disney’s Animal Kingdom and she was blown away by the cleaning. She pointed out that items like the TV remote were wrapped in plastic and labeled with a clean sticker so families would know it is safe.

She documented the entire experience with several vides on her Mermaid Nina Travels YouTube page. That includes what it was like to fly to Orlando Florida on Delta Airlines. To check out the videos, click here. 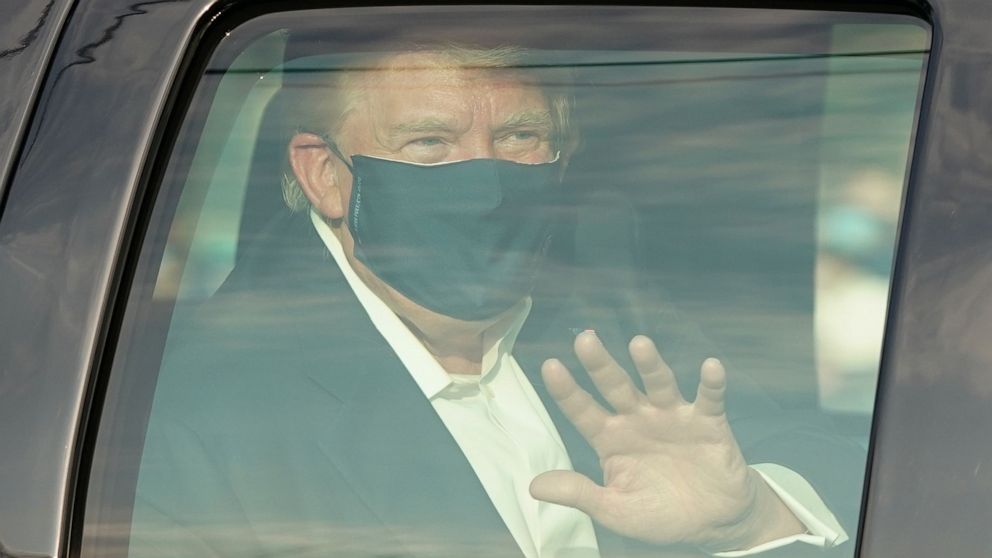