Saurabh MalikTribune News ServiceChandigarh, September 24 Three years after Punjab and Haryana were held culpable for not warning people against contacting unregistered or unlicensed travel agents while seeking greener pastures in foreign lands, the Punjab and Haryana High Court ruled that they were burgeoning even in remote parts, with a […]

Three years after Punjab and Haryana were held culpable for not warning people against contacting unregistered or unlicensed travel agents while seeking greener pastures in foreign lands, the Punjab and Haryana High Court ruled that they were burgeoning even in remote parts, with a bulk of them not possessing valid licences for sending people abroad.

The assertion by Justice HS Madaan came on two petitions filed against Haryana and other respondents by a couple for pre-arrest bail in a case registered on February 20 for cheating, criminal breach of trust, criminal intimidation and common intention under Sections 406, 420, 506 and 34 of the IPC at the Assandh police station in Karnal district.

The prosecution had alleged that the accused had duped the complainant of a “substantial amount of Rs 26,75,000” on the pretext of sending him and his brother to the United States without honouring the commitment.

Dismissing the petitions, Justice Madaan pointed out that cases of human trafficking in the region were increasing. Justice Madaan noted that clever and manipulative persons took advantage of simplicity and lack of awareness among ordinary persons willing to pay any amount to go abroad in search of greener pastures.

Justice Madaan observed that several persons had lost their lives while being taken from one place to another through rivers, seas and forests and on borders. Justice Madaan stated that several others had been arrested by the local police, had to suffer long incarceration and in many cases, were deported to the country of their origin.

“Travel agents are mushrooming even in remote parts. A majority of such travel agents do not possess valid licences for sending people abroad and they rather try to extract money from innocent persons by befooling and defrauding them, making tall promises of assuring their migration abroad without actually meaning to do so,” Justice Madaan asserted.

The High Court had, in an order issued in September 2017, directed Punjab and Haryana to monitor activities of unlicensed immigration agents. The two states, prior to this, were directed to issue immediate instructions to district magistrates in each district to publish “a list of registered agents and warn citizens not to go to such unauthorised agents”.

The Bench had added that the list was required to be made public on a regular basis through television, radio, newspapers and other modes of communication. “People who do not know that only licensed or registered agents can be approached have been falling in the trap at the cost of valuable properties, money and ornaments, ultimately realising that they have been cheated,” the Bench had asserted.

Sat Sep 26 , 2020
The lessons from Baystate are strikingly similar to the issues emerging in the Brigham outbreak, which as of Friday had affected 19 employees and nine patients. They illustrate the common challenges that hospitals face in controlling a wily and unfamiliar foe. The Springfield hospital learned that it needed to scrupulously […] 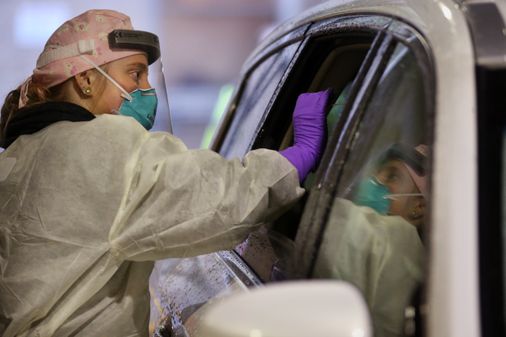