EAST LAKE — Florida Highway Patrol troopers say a Clearwater man had rented a car that struck and killed the rider of an electric scooter last month. They’ve obtained a judge’s permission to search the vehicle, which was driven away from the scene after the crash. © Times/Tampa Bay Times/TNS […]

EAST LAKE — Florida Highway Patrol troopers say a Clearwater man had rented a car that struck and killed the rider of an electric scooter last month. They’ve obtained a judge’s permission to search the vehicle, which was driven away from the scene after the crash.


Dewey August Sharpe, 42, of Bayonne, N.J., was riding the scooter north on East Lake Road about 2 a.m. Aug. 16 when he was hit from behind while approaching Woodlands Boulevard, according to a search warrant affidavit filed by the highway patrol.

Investigators located a chrome front grille from a 2015-2019 Nissan Sentra at the scene.

A 2019 Sentra with front-end damage was found and reported to authorities the next day, four miles north in the parking lot of the YMCA at 4550 Village Center Drive in Palm Harbor. The car had a shattered windshield, a crushed hood, and hair and skin embedded in the windshield, the affidavit said. The front grille was missing.

Troopers impounded the vehicle and traced it to an Enterprise Rent A Car location in Tulsa, Okla. The company said the car had been rented for the period Aug. 13 to Aug. 17 by a 37-year-old Clearwater man. The man did not contact Enterprise about the collision or damage to the car, the affidavit states.

The Tampa Bay Times is not identifying the man because he has not been accused of a crime.

In the request for a search warrant, the Highway Patrol said it is seeking the Nissan’s diagnostic module, also known as a crash data recorder, to learn about speed and breaking around the time of the collision. The warrant also seeks information from the vehicle’s entertainment system to determine geographic coordinates during the rental period and whether the system was connected to a person’s mobile phone.

In addition, the warrant also seeks to process the interior of the car for other evidence, including DNA samples.

The information will help determine who was controlling the vehicle at time of the collision, the affidavit states.

When will 'Supernatural' Season 15 Episode 14 return? 'Last Holiday' will see Sam and Dean celebrate all hols

Sat Sep 26 , 2020
The final season of The CW’s long-running show ‘Supernatural’ was to have 20 episodes but the pandemic disrupted both the shooting and airing schedule. Now after the long, unexpected hiatus, the series is going to do its final victory lap with the seven remaining episodes airing in October-November. Andrew Dabb, […] 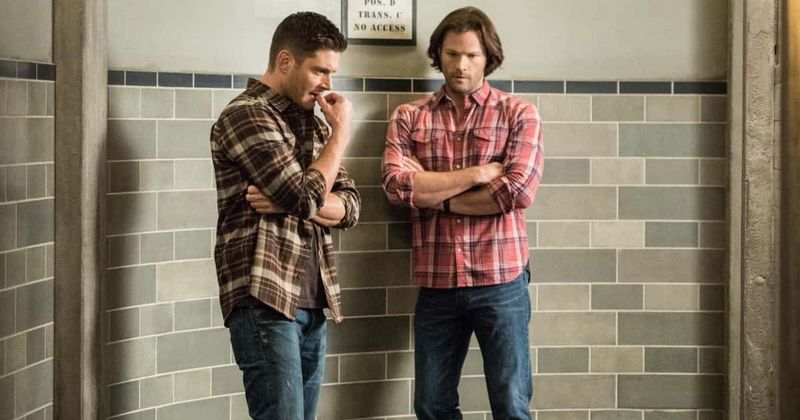