Leisure company TUI Group has further cut its winter capacity, to around the 40% level, as it laments the uncertainty over travel restrictions to which it attributes a persistent trend for short-term bookings.

TUI had stated in August that it was reducing capacity for the winter 2020-21 season by 40%.

But ahead of the closing of its financial year on 30 September, the company says it has implemented a further 20% cut – taking the capacity level down to around 40% – to take account of the travel uncertainty.

It says its adjusted winter capacity is 30% sold, a proportion “broadly in line” with that at the same point in 2019, although overall bookings are down by 59% against last year’s figure.

“Destination availability at present is highly influenced by government policy and development of the pandemic, meaning the environment remains volatile,” says group chief executive Friedrich Joussen, adding that this situation is “likely to remain” for the next few quarters.

TUI says it expects travel advice by governments to stay “highly fluid”, which means short-term bookings will continue until customers are able to plan with more certainty.

“Where possible, we would prefer to see a regional risk assessment policy being applied by each government rather than a blanket travel policy,” it states, adding that a greater availability of testing capability for the coronavirus on departure and arrival would “help to avoid” restrictions on movement.

TUI’s markets and airlines division restarted operations in mid-June, and it has since transported 1.4 million passengers with average load factor of 84%.

But the company says it has been hit by “continuous changes” in travel advice from various government over the past month, and it has responded by trimming fourth-quarter capacity from the previous 30% to 25% and shifting to alternative lower-risk destinations. 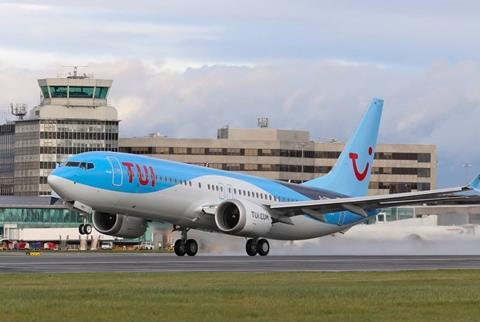 Bookings for the summer 2020 period up to 13 September are 83% down, meaning just 15% of its original programme was sold. TUI still expects to operate 80% adjusted capacity for summer 2021.

“Although we remain early in the booking cycle, we see a favourable development,” it says. Bookings are up 84%, following an early launch of its 2021 programme.

“On an underlying basis we see strong customer intention to travel, with many customers wanting to secure their summer holidays well ahead of time,” it adds.

TUI is engaged in a restructuring programme which has involved obtaining German federal funding to stabilise the company’s finances. The programme plans to slash its cost base by 30% across the group – with the potential loss of 8,000 positions – as the company looks to make annual savings of more than €300 million by 2022-23.

“After having agreed additional liquidity support by the German federal government, we continue to evaluate options to achieve the optimal balance sheet structure to support the business over the longer term,” the company says.