SAN DIEGO, California — A Trump administration crackdown on nonessential travel coming from Mexico amid the coronavirus pandemic has created massive bottlenecks at the border, with drivers reporting waits of up to 10 hours to get into the U.S. An employee at a company that provides support for businesses with […]

SAN DIEGO, California — A Trump administration crackdown on nonessential travel coming from Mexico amid the coronavirus pandemic has created massive bottlenecks at the border, with drivers reporting waits of up to 10 hours to get into the U.S.

An employee at a company that provides support for businesses with Mexican operations saw the huge lines earlier this week from his home in Tijuana, Mexico. A U.S. citizen, he lined up at midnight for his 8 a.m. shift Monday in San Diego and still arrived 90 minutes late.

“I hope that it’s just startup fits and starts and that it will be a little more streamlined down the road,” said Ross Baldwin, the man’s boss and president of the TACNA Services Inc.

U.S. citizens and legal residents cannot be denied entry under a partial ban that the Trump administration introduced in March to prevent the spread of the coronavirus. Going to work, school and medical appointments are deemed essential travel but going to shop, dine or socialize is not.

Andrea Casillas, who works at a Bed Bath & Beyond store in San Diego and lives in Tijuana because it’s less expensive, waited for four hours recently.

“There is a price to pay (for commuting from Mexico), but it should be reasonable,” Casillas said. “This is going too far.”

The crackdown comes after U.S. Customs and Border Protection said it surveyed about 100,000 travelers coming from Mexico by car or on foot and found 63% of U.S. citizens and legal residents traveled for reasons that were not essential.

The agency this week began redirecting staff at 14 larger crossings in California, Arizona and Texas to get people through quickly on weekday mornings, when essential travel is heaviest, leading to big backups on the weekends.

Weekend and weeknight delays are expected to grow, affecting people going to the beach or a restaurant. Waits soared across the border this past weekend, with California crossings hit hardest.

The measures don’t apply on the Canadian border, which is also subject to the non-essential travel ban. Air travel isn’t affected.

Lines that snaked through Tijuana streets last weekend were the longest that many residents had seen, posing challenges for drivers desperate for a bathroom break.

Tijuana police said some people ran out of a gas in line. An 87-year-old woman died of a heart attack in her car as she waited last weekend to get through the nation’s busiest border crossing, in San Diego.

Angry people stuck in traffic lit up social media, posting photos and videos taken from their cars. One of them, Yadir Melendrez, said he waited five hours to cross for work.

“The crossing is being slowed down to exasperate people on vacations or non-essential trips!” he wrote in a text message. “The bad thing is that those of us who go to work get hurt!”

Taco vendor Christian Mendoza said a customer he served told him he waited seven hours. CBP officials believe the weekday jam was carryover from the weekend.

Before the pandemic, about 200,000 people a day entered the U.S. at California crossings with Mexico, according to CBP. The daily average plunged to about 70,000 people after the ban was announced in March but has since climbed to about 120,000.

CBP is under pressure to ease restrictions as border economies dependent on Mexican consumers come under more strain. U.S. Rep. Henry Cuellar, a Texas Democrat, says downtown Laredo, Texas, in his district, is a “ghost town.”

Jason Wells, executive director of the San Ysidro Chamber of Commerce, said 13% of businesses in the area near the San Diego-Tijuana crossing have permanently closed and those that are open have seen their revenue more than halved.

Wells wrote to members that “the arbitrary border restrictions, and punitive actions against those not fitting some whimsical definition of ‘essential,’ is causing more harm than good.”

“We need people to think twice about non-essential travel and to ask themselves if the travel is worth risking their lives and the lives of others,” CBP spokesman Rusty Payne said.

Christopher Landau, U.S. ambassador to Mexico, said many people are crossing the border to visit family, shop or dine out.

“Such irresponsible behavior is exacerbating the health crisis,” he wrote on Twitter.

CBP is working with business groups and health officials in California to minimize the impact, Maricich said.

Fri Sep 25 , 2020
Thomas Cook collapsed in September last year after 178 years but was bought by Chinese firm Fosun Tourism Group for £11million. The new Thomas Cook website began selling holidays online and over the phone on Wednesday but does not have any stores. The new “COVID-ready” travel company is initially selling […] 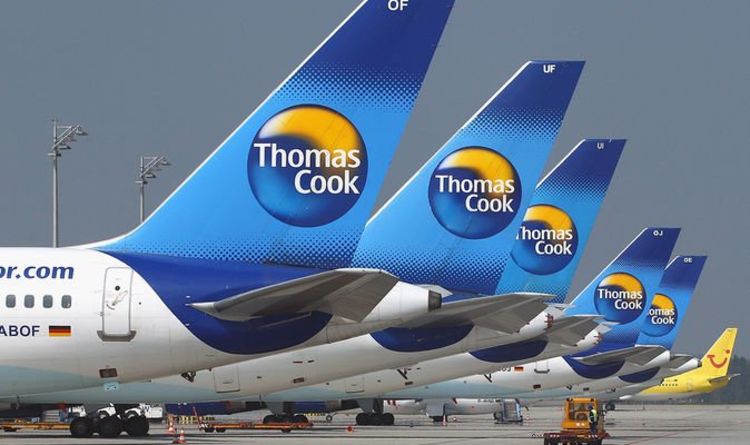