An end to September typically means more news about the Kansas City Comets and the Major Arena Soccer League. Here are the latest updates involving the KC Comets and their upcoming season. © Thad Bell Keeper Lou Misner will return after earning a new contract Later Start To the Season […]

An end to September typically means more news about the Kansas City Comets and the Major Arena Soccer League. Here are the latest updates involving the KC Comets and their upcoming season.


Later Start To the Season With Regional Opponents

Michael Lewis of Front Row Soccer provided some great information ahead of the hopeful 2020/21 MASL season. While it is uncertain of all the teams competing this season, the league plans for mostly regionalized matches with bus transportation. The league is also planning to start the season around this year’s conclusion, with some teams playing their traditional New Year’s Eve game. The Comets will likely be grouped with the St. Louis Ambush, Milwaukee Wave, Mesquite Outlaws, and Dallas Sidekicks.

Both of the league’s Mexican franchises, the Monterrey Flash and Soles de Sonora, will not be competing in the 2020/21 season due to the difficulties that involve COVID-19 with unknown immigration rules, the international travel restrictions, and unpredictable timetables. M2’s Chihuahua Savage were also granted a sabbatical year.

SEC Arena is now Cable Dahmer Arena, as announced days before the official conclusion of the 2019/20 MASL regular season.

In March, the club announced that the season tickets will not be raised and include a membership to the Comets Club with all the past incentives as well as free tickets to away games for the first time ever.

The two players that never saw the field in the 2019/20 season due to visa issues have been cleared for the upcoming season. Palmer brings another great veteran attacking presence that was missing last season while Sousa will be looking to live up to the hype created with his long awaited MASL debut, which will come after some impressive performances scoring 16 goals in five games with the Wichita Wings in M2 on loan last season. Palmer has been cleared through the 2020/21 season while Sousa has been cleared through the 2023/24 season.

The Chilean midfielder signed a two-year deal with the Comets to keep him in Kansas City through the end of the 2021/22 season. Flores will enter his fifth season with the Comets in 2020/21.

In partnership with Capelli Sport, the Comets launched a new online merchandise store as part of a four-year partnership.

This partnership will provide the club with a strength and conditioning coach, Sirish Bhavnani, and all rostered players will have access to their three facilities.

Putting in some good performances in 2019/20, the Oak Park graduate will be with his hometown team until 2021/22. Misner originally signed with the Comets last season after impressing in the club’s open tryouts.

There were 46 men who competed in the first of two days of their 2020 open tryouts, including five goalkeepers. The official roster will be posted in December, but the current roster shows 16 returning players with Stefan Stokic, Kiel Williams, Ray Saari, Ray Lee, Matt Lewis, Nick McDonald, and Odaine Sinclair all available in free agency.

Open since July, two of the eleven available free agents have been re-signed by the Comets. Outside of KC, the Milwaukee Wave and St. Louis Ambush will look different this season. The Ambush have made quite a few moves, including signing former Wave star Max Ferdinand and ex-Comet keeper Brett Petricek. The Tacoma Stars also re-signed Danny Waltman and added Goalkeeper of the Year Chris Toth to their roster.

The league announced the formation of MASL3, M3, the league’s newest level of arena soccer that will serve as the gateway for amateur players to develop their skills and make it into the M2 and MASL. Sunflower State Soccer Club, coached by Comet free agent Nick McDonald, will be competing in M3’s debut season in 2020/21.

The Return of the Cleveland Crunch

The former NPSL city will be returning to arena soccer in the coming months. The Crunch plan to launch into play in November of 2021.

A Look At Her Record On Abortion Rights : NPR 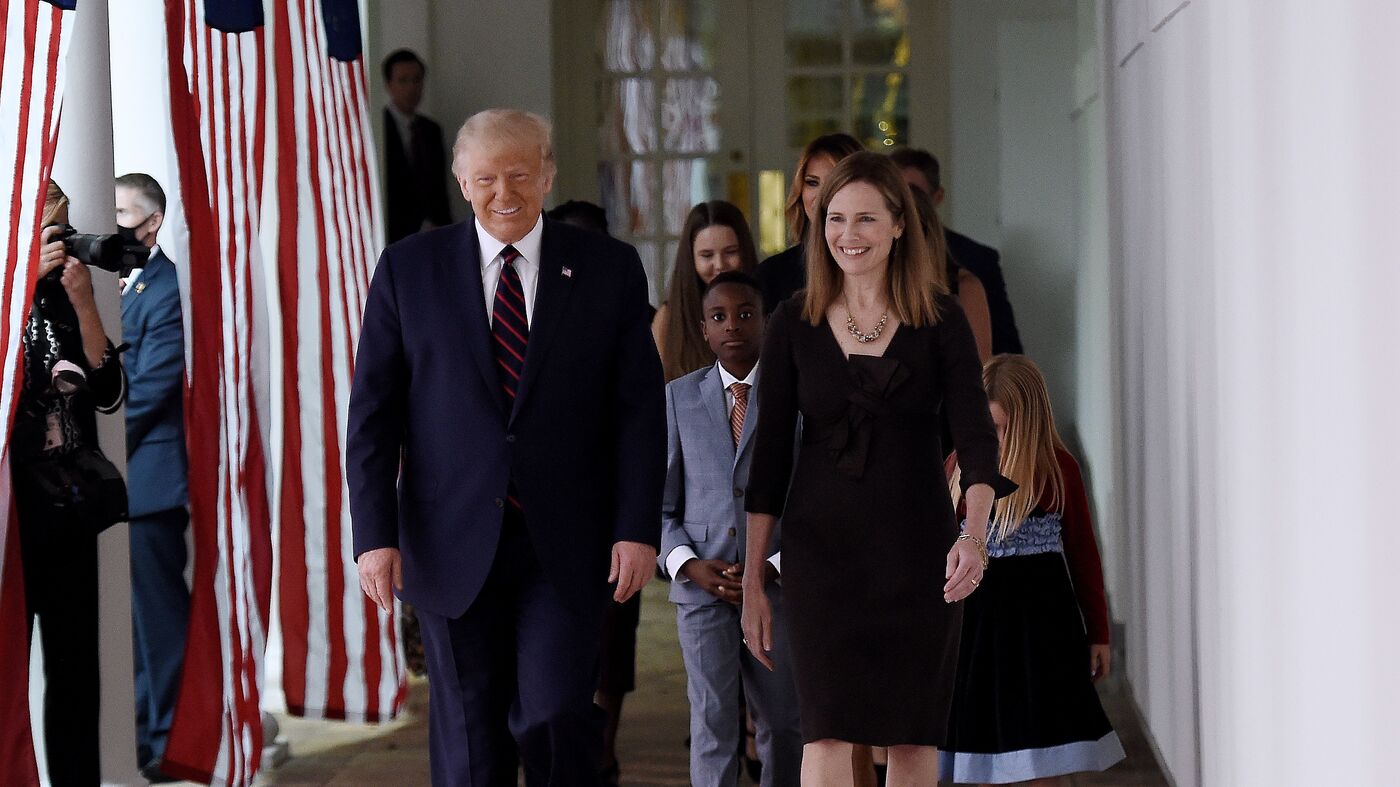