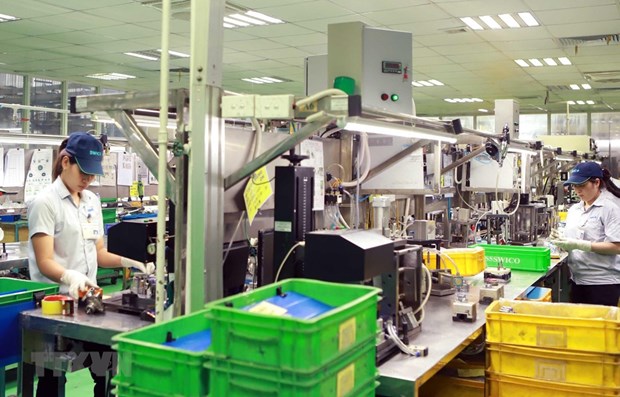 Paris (VNA) – Dozens of French groups and major companies operating in different
fields joined an online conference on September 28 that sought ways to promote French
investments in Vietnam after the COVID-19.

The conference
was co-organised by the Ministry of Planning and Investment, the French Embassy
in Vietnam, and MEDEF International – a non-profit private-funded organisation created in 1989
by MEDEF, the French Business Confederation.

François Corbin, President of the Vietnam-France Business Council and Vice
President of MEDEF International, said the large
number of businesses involved in the conference reflects the high level of interest
in Vietnam.

He highlighted
Vietnam’s positive growth amid the pandemic, saying the country has become a candidate
destination for value chain transformation in Asia.

Deputy Minister
of Planning and Investment Tran Quoc Phuong said the Vietnam-France relationship
has developed fruitfully since the two countries set up a strategic partnership
in 2013.

Regarding
the EU-Vietnam Free Trade Agreement (EVFTA) and the EU-Vietnam Investment Protection
Agreement (EVIPA), he said they will open up more opportunities for Vietnamese and
French investors to access the markets of each other.

Vietnam
has paid attention to quality, efficiency, technology, and environmental protection
during its investment attraction efforts, he stressed.

According
to Do Nhat Hoang, head of the Foreign Investment Agency, the Vietnamese Government
has adjusted the Law on Enterprises and the Law on Investment in an effort to streamline
procedures and create an open corridor for foreign investors in the country.

In anticipation
of waves of foreign investment, the country has prepared land and human resources
while setting up a working group in charge of removing obstacles to investment and
attracting quality and large-scale investment projects.