Opinion writers weigh in on these pandemic topics and other health topics, as well. Bloomberg: Approving A Covid-19 Vaccine Before A Full Trial Is A Really Bad Idea The coronavirus pandemic has upended lives and disrupted the global economy. The sooner we can get a vaccine, the sooner we have a chance […]

Opinion writers weigh in on these pandemic topics and other health topics, as well.


Bloomberg:
Approving A Covid-19 Vaccine Before A Full Trial Is A Really Bad Idea

The coronavirus pandemic has upended lives and disrupted the global economy. The sooner we can get a vaccine, the sooner we have a chance at returning to normal. That doesn’t mean we should needlessly rush it. (Sam Fazeli, 10/12)


The Washington Post:
Fluctuations In The Covid-19 Numbers Could Have A Lot To Do With The Weather

One thing that we’ve learned about covid-19 is that we still have a lot to learn. Any time we thought we knew everything we needed to about this virus, reality soon disabused us of the notion. Area after area has thought it was keeping the novel coronavirus at bay — that rich Western countries wouldn’t get it, or rural areas; that hard-hit places had herd immunity, or that Sweden had shown you could control the virus without lockdown . . . until, one by one, these theories have been falsified. Most recently, President Trump demonstrated that testing is not, by itself, a covid-19 control strategy, and resurgent outbreaks in Madrid and New York’s Orthodox Jewish community have made it look unlikely that any group has herd immunity yet. Perhaps some undulation is inevitable: as caseloads rise, people get cautious, and as they fall, people take more risks, causing caseloads to rise again. But another possibility is that the undulation might not just be about policy, or even personal attitudes, but something as simple, and uncontrollable, as the weather. (Megan McArdle, 10/11)


CNN:
Trump Takes His Covid Misinformation Machine Back On The Road

President Donald Trump takes his Covid denial tour back to the campaign trail Monday as the tense final stretch of an election now three weeks away gets a fresh jolt with Senate hearings on his Supreme Court pick Amy Coney Barrett. Trump, who announced Sunday, without providing evidence, that he has tested “totally negative” after his bout with the virus, plans to hold his first rally since his diagnosis was publicly disclosed, in Florida, in what risks turning into yet another super spreader event. (Stephen Collinson, 10/12)

In the presidential debate, Joe Biden portrayed the nomination of Amy Coney Barrett as part of a plot by Donald Trump to put an end to the Affordable Care Act, aka Obamacare. The Supreme Court has oral arguments scheduled for Nov. 10 in a case challenging Obamacare’s constitutionality. Republicans are marching double-time to get Barrett confirmed before the election, which would enable her to participate in the Obamacare case.According to Democrats, a vote to confirm Barrett is a vote to repeal Obamacare and leave millions of Americans without health insurance.In reality, it is highly unlikely that the conservatives on the court will decide to hold that Obamacare, as currently constituted, is unconstitutional, including Barrett if she is confirmed. (Robert Robb, 10/11)

Instead, the senators should focus on her judicial philosophy. Judge Barrett, like Justice Antonin Scalia before her, has repeatedly described herself as an originalist, saying that the meaning of a constitutional provision is fixed when it is adopted and can be changed only by constitutional amendment. In this view, it is the intention of the framers that matters, and societal shifts over the centuries should never be considered in rendering an opinion. With that in mind, one line of questioning should be to push Barrett on whether she can identify anyone holding this originalist approach who ever has supported abortion rights or the right of same-sex couples to marry. (Erwin Chemerinsky, 10/12)

As confirmation hearings begin for Amy Coney Barrett, President Trump’s nominee to fill the Supreme Court vacancy left by the death of Justice Ruth Bader Ginsburg, it’s important to remember what’s at stake. Barrett would shift the balance of the court significantly, tilting what is already a 5-4 right-leaning court to a stronger 6-3 conservative majority. As a Democrat, here’s my view both on this nomination and the fight that will ensue. Barrett’s nomination is loved by many on the right and hated by many on the left. The reasons for those passions boil down to a few key issues: health care, and of course, the big one, abortion. (Leslie Marshall, 10/12)


The Washington Post:
I Will Hold The President Accountable For Endangering And Dividing America

When I addressed the people of Michigan on Thursday to comment on the unprecedented terrorism, conspiracy and weapons charges against 13 men, some of whom were preparing to kidnap and possibly kill me, I said, “Hatred, bigotry and violence have no place in the great state of Michigan.” I meant it. But just moments later, President Trump’s campaign adviser, Jason Miller, appeared on national television accusing me of fostering hatred.I’m not going to waste my time arguing with the president. But I will always hold him accountable. Because when our leaders speak, their words carry weight. (Gov. Gretchen Whitmer, 10/9)


Detroit Free Press:
In A Nasty Nation, An Oasis Of Nice In Buchanan, Michigan

To the outside world, it looks like Michigan had a bad week. When 13 of our fellow Americans  are arrested for plotting to kidnap our governor, well, that’s not an image we want exported to the rest of the world. The fact that some of those men were allegedly part of a militia-backed group doesn’t help, nor does the President speaking out from his COVID-19 battle to personally lambast Gretchen Whitmer.But headlines are just that. Headlines. They don’t tell the whole story. So here’s another thing that happened last week in Michigan. On the same day those alleged kidnappers were rounded up, the small town of Buchanan, tucked along the southwest border of our state, was named by Reader’s Digest as “the nicest place in America.” (Mitch Albom, 10/11)


Boston Globe:
Courts Find Pandemic Orders Unlawful In Michigan And Pennsylvania. Will The SJC Do The Same?

Pending before the highest court in Massachusetts is Desrosiers v. Baker, a lawsuit challenging the many unilateral orders Governor Charlie Baker has issued since declaring a state of emergency seven months ago. The Supreme Judicial Court heard oral arguments in the case on Sept. 11, but hasn’t yet issued a decision. That delay has a silver lining: It allows the justices to take into account rulings handed down by two other American courts in similar cases in recent weeks. Baker’s orders were intended to slow the spread of the highly contagious coronavirus, and affected almost every aspect of life in Massachusetts. On the governor’s say-so, businesses were shuttered, religious services banned, schoolrooms emptied, medical appointments halted, and travel restricted. The economic price was steep: a sudden recession and painfully high unemployment. (Jeff Jacoby, 10/11)


Boston Globe:
Why Is Baker So Reluctant To Disclose Vital COVID-19 Information?

In Massachusetts, 1 in 7 seniors living in elder-care facilities has died of COVID-19. That death rate, as the Globe’s Spotlight Team reported in its recent investigation about death amid the pandemic, is among the highest in the country. But for Governor Charlie Baker’s administration, for too long, aging adults and veterans were not the top priority, the investigation found, even when it was known early on that nursing homes were at high risk of outbreaks. Six months later, the pandemic is more or less under control in the state. The governor deserves credit for that. But we can’t afford any more blind spots. The public needs to keep a close eye on the trends — and hold the state accountable when required. (10/12)

In Irvine, about two-thirds of the school district’s students are back in classrooms, at least to some extent. Others have opted to continue learning remotely. In the elementary schools, families in the Irvine Unified School District have a choice for in-person learning: regular attendance five days a week or a hybrid model for limited hours two days a week. Secondary school students get eight hours a week on campus if they choose. Physical classes are about half their usual size, with masks, plexiglass partitions and other safety measures in place.In Santa Ana, the city next door, there is no in-person instruction. School officials are hoping they might be able to open classrooms next month, but just for their youngest students. (10/12)

This is part of the KHN Morning Briefing, a summary of health policy coverage from major news organizations. Sign up for an email subscription.

Mon Oct 12 , 2020
The Center for Media and Social Impact (CMSI) — based at American University’s School of Communication in Washington, D.C. — today released its new study “Breaking the Silence: How Documentaries Can Shape the Conversation on Racial Violence in America and Create New Communities.” Its aim is to show that in […] 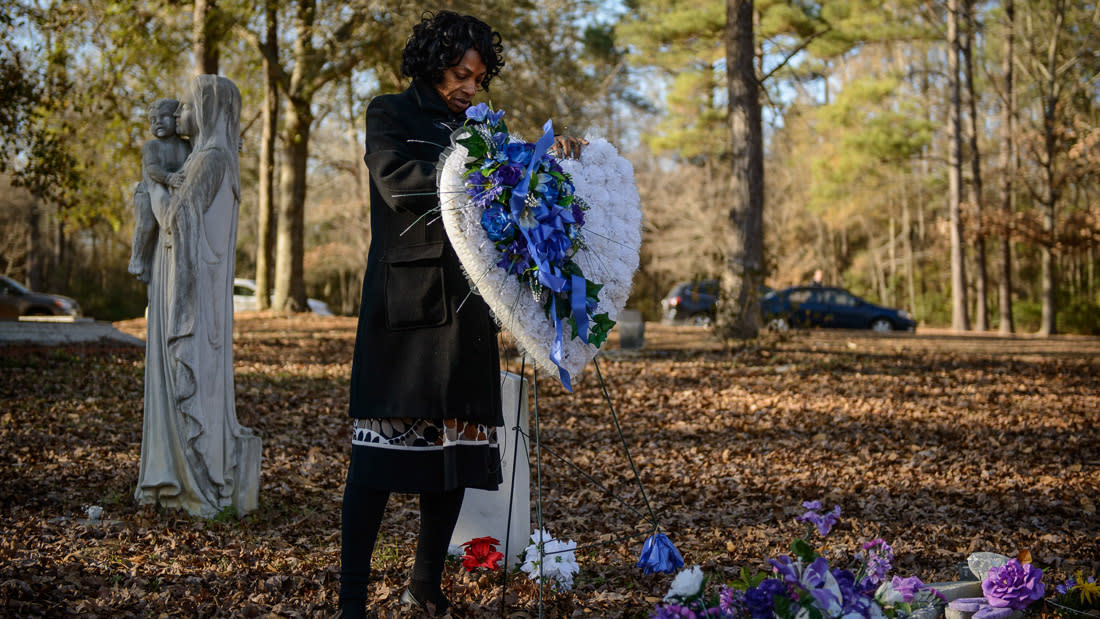