In an alternate New York City, greasy middle-aged gig-worker Raymond (Dean Imperial) is struggling too much to pay the bills to keep up with the quantum computer advancements all around him. Compounding his financial worries, his brother James (Babe Howard) resorts to care from an expensive clinic for his inexplicable chronic fatigue, as he is drawn into New Agey and increasingly pricey treatments.

But when the naive Ray finds out about a fast way to make money in a tech-based employment scenario that’s like treeplanting meets Pokémon Go and Big Brother, he’s all in. His lack of tech-savvy serves as a suitable stand-in for the audience, as he learns how workers can rake in thousands of dollars in short periods of time as they hike through forests running cables for a new high-speed stock trading network.

However, he finds it’s not as simple as it sounds—he not only has to compete with other workers but also with automated cable-runners who can overtake routes while a worker is sleeping.

Complicating matters, Ray obtains his credentials from a shady contact (in exchange for a percentage of his income)—and his inherited user name repeatedly sparks tensions with other workers.

Along the way, he meets the jaded Anna (Madeline Wise), who teaches him the ropes and prompts his self-questioning of what he’s gotten himself into, and he learns about a clandestine uprising among workers to protest their employment conditions.

As Ray and Anna team up to delve further into investigating what’s really going on, Imperial and Wise develop effective chemistry in counterbalancing one another in this clever and mildly comedic satire that illustrates how corporations depend upon class inequities in order to succeed.

Sun Oct 4 , 2020
Australia announced a one-way trans-Tasman travel bubble this week. Or the TTTB, as I’m calling it these days. I know we have to start somewhere and sometime, but this was a very modest beginning. So late this week, the Australian and New Zealand governments reached an agreement allowing people to […] 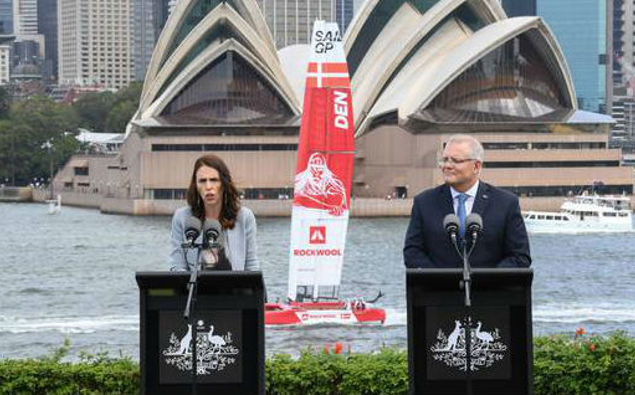