Apple confirmed Tuesday morning that its fall event would be held virtually on September 15. Initially believed to be focusing on iPhones, Apple stated the event would focus on iPads and Apple Watches. Yahoo Finance’s Dan Howley joins The Final Round to discuss. Video Transcript SEANA SMITH: Let’s turn our […]

Apple confirmed Tuesday morning that its fall event would be held virtually on September 15. Initially believed to be focusing on iPhones, Apple stated the event would focus on iPads and Apple Watches. Yahoo Finance’s Dan Howley joins The Final Round to discuss.

SEANA SMITH: Let’s turn our focus to a big announcement today by Apple. It was a highly anticipated one. Now the tech giant confirming that it’s going to hold a big event next week, just a week from now, on September 15. Dan Howley is joining us now for a little bit more on this.

And Dan, I mean, there’s conflicting reports out there on just exactly what we should expect. We know it’s going to be a virtual event. But are we going to get a new iPhone? Or is it going to be more about the Apple watch and maybe a new iPad.

DAN HOWLEY: So the scuttlebutt– I don’t why I said that. I just like the way it sounds– is that it would be an Apple watch and iPad event. And that comes from Bloomberg’s Mark Gurman, who has somehow wormed his way into Tim Cook’s brain to know exactly what’s happening at Apple. So that’s basically what I think you can expect.

The Apple watch that is supposed to launch is a Series 6. That’s going to come after, obviously, the Series 5. And then we’re going to get a new entry level Apple watch. Right now, there’s a $199 Apple watch Series 3. That’s what gets people in the door. But it’s pretty old quite frankly. And, you know, the software can’t keep up– or rather the hardware on it can’t keep up with the new software that Apple’s offering.

So it’ll be good to see them come out with a new version of that entry level watch. And then we’re expecting to see some new iPads, an iPad Air with an edge-to-edge screen similar to the iPad Pro. It would also be nice to see these rumored over-the-ear Apple headphones that have been rumored for quite some time. Those are supposed to have studio quality sound. And they’re supposedly called the AirPod Studio or studio pods, something along those lines.

But we’ve been expecting those for a while. If we can get them at this event, that’d be great. So then the Apple– the iPhone, that is likely to launch in October. Because Apple has a history of hosting October events and specifically said during their last earnings call that the new iPhones would be delayed a few weeks.

– Yeah. And Dan to that point, we got that report from the Nikkei today, suggesting that production for those 5G phones would start in mid-September, which is only a few weeks delayed compared to the several months delay that was expected. Now my question to you is we’ve seen this big surprise uptick in iPad demand. And you look at the numbers that have been coming from some of these manufacturers.

We’re looking at 27 million units likely in terms of production orders, at least according to the Nikkei, between September and December, which would be much more significant than the second half of last year. How much of a driver can that really be? We have that Goldman note today that said that these devices, specifically the iPhone, needs to continue to perform. That services is not enough to be a growth driver for the company.

DAN HOWLEY: Yeah, I mean, look, it’s not going to be one part of the company or the other. I think that’s just a flawed way of thinking about Apple. And I’ve been saying that for a while. It has to be a holistic approach. And yes, right now the iPhone is still the kind of gatekeeper to ensuring that consumers get onto the services, get onto the accessories, purchase an iPad, start using a Mac.

It really is the iPhone that gets those people going. Those will continue to sell well. I wouldn’t discount services, though. As far as growth goes, they’ve doubled services revenue over the past three or four years. That was a goal that Tim Cook had set. I believe it was the 2016 services revenue that he wanted to double. And they’ve done that.

So obviously, there is growth behind it. But I think the kind of growth that investors are looking for is what they were seeing from the iPhone when it was at its peak. And you know, I don’t think it’s ever going to reach that level again. Right now, analysts are calling for a super sale– a sales supercycle, excuse me, for the iPhone 12 based on the 5G aspect of it.

And that really is the key differentiator for this phone generation versus previous phone generations, so look out for that. I do still think, though, that you have to look at it from a holistic approach, the accessories, the services, and, yes, the iPhone.

SEANA SMITH: While Apple’s going to be under pressure to deliver something I think that impresses investors. Because this is a stock, as we have been talking about here on the show, that has been under tremendous amount of pressure. Over the past three days, stock off just over 14%, its worst three day decline in 12 years. So certainly a stock to keep on your radar as we lead up to that September 15 announcement.

Overseas travel cancelled due to Covid? You could get money back under new Govt scheme

Sat Sep 19 , 2020
Travel agents have been thrown a $47.6 million lifeline by the Government with a scheme to help them recoup nearly $700m spent overseas by Kiwi holidaymakers. Commerce and Consumer Affairs Minister Kris Faafoi New Zealanders who have money locked up offshore because of cancelled travel plans as a result of […] 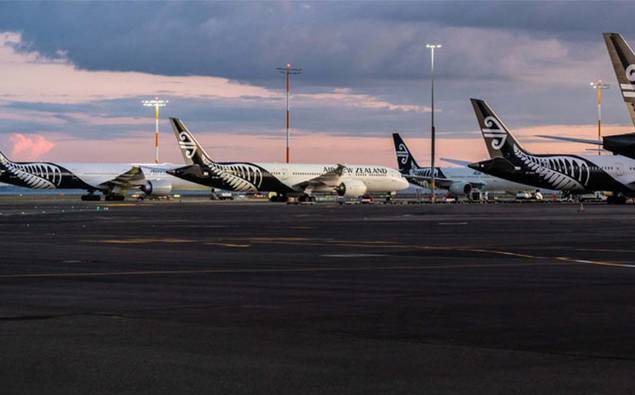