For retiree Bob Hancherow, building the Group of Seven Lake Superior Trail has always been a dream.

“North Shore Lake Superior should be on everyone’s bucket list,” says the former general manager of Marathon Economic Development Corp. and co-chair of the trail project, who was born and raised in the region. 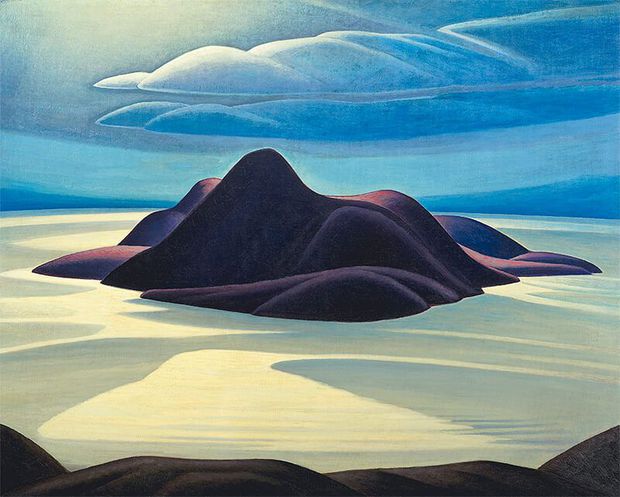 He wants to share the magic of his backyard and roughhewn landscape where the famous Canadian artists painted their masterpieces. Currently, 35 kilometres of the route are accessible and 20 kms are in the works.

“I’m 70 years old and it still stuns me to go down to the Lake Superior coast and see its wonder. You can build Disneyland but you can’t build what we have here. That’s something only nature can do.”

Between 1918 and 1928, five of the Group of Seven members made an annual trek from Toronto to Algoma Country in the surrounding woods and coastal regions of Lake Superior which their namesake trail recreates. 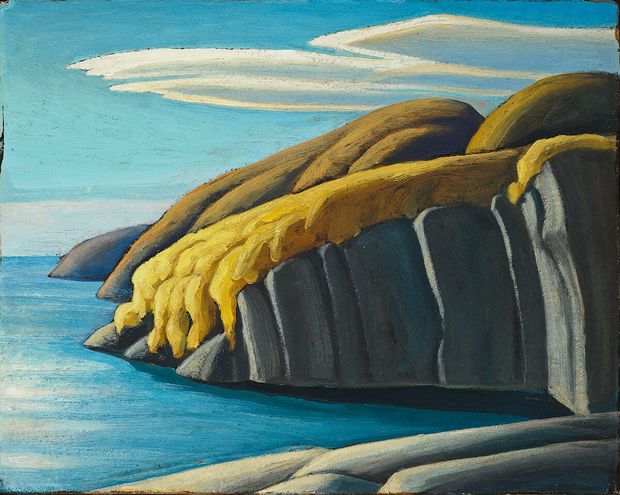 When Ian Dejardin, a British ex-pat and the executive director of the McMichael Canadian Art Collection, made the trip to see Pic Island in 2018, he was stunned.

In a video posted by the Group of Seven Lake Superior Trail organization, Dejardin says, “[Harris] was looking for the divine in nature, and my word he certainly found it here. The view is spectacular. What he was interested in was the hand of God shaping the land and the water, and the effects of light that you get only here in Lake Superior.”

Dejardin’s host on the trip, Carl Spiess, is a member of the McMichael Canadian Art Foundation Board and a Group of Seven connoisseur who has embraced the region for decades. His appreciation was sparked in Georgian Bay where he continues to visit his childhood family getaway.

“Georgian Bay is famous for its rugged pines and West winds and people who like [the area] want to find even more remote and rugged areas,” says the Toronto-based financial adviser. “I think discovering a trip that’s right in our backyard and reveals the history of our country is a very important and relevant thing to do.”

Spiess is also a supporter of the Georgian Bay Land Trust, an environmental group that preserves the area’s natural beauty. “If we want artists to continue having islands to paint, we have to protect those lands,” he explains. His combined love and preservation of Northern Ontario and the Group of Seven’s legacy inspired him to auction a tour that followed the artists’ footsteps at the Moonlight Gala, a fundraising event for the McMichael Canadian Art Collection. 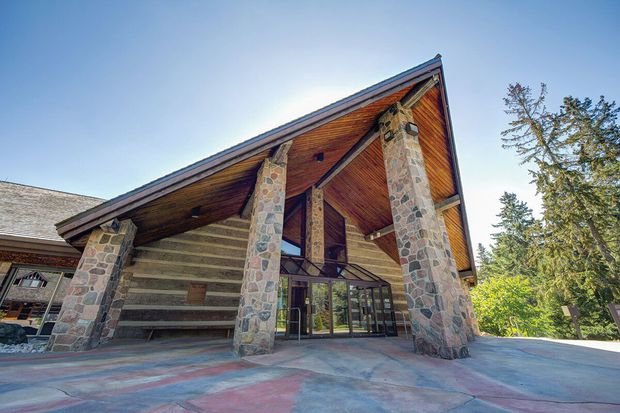 Kirsten Spence, a local trail consultant who is helping curate the Lake Superior Group of Seven Trail, lent her expertise and tailored a four-day tour for Spiess’ small group of art enthusiasts, including Dejardin. “He’s an art historian and urbanite by nature so it was a real coup and adventure to have him join me on this epic road trip,” Spiess says.

In addition to seeing Pic Island, they followed the artists’ route into the towns of Coldwell, Marathon and Rossport where, during an earlier trip, Spiess’ wife met Shipping News author Annie Proulx at the Rossport Inn. Rossport is also where Spiess matched a local site with the vista in a Lawren Harris sketch from his personal art collection.

He took the more than 12-hour drive from Toronto to surprise his wife with the view on their wedding anniversary (the couple celebrated their wedding at the McMichael Canadian Art Collection, which made the trip extra special). This first discovery led to a hunt for the painting to match his sketch, Rossport, Lake Superior, which is currently owned by the Toronto District School Board. 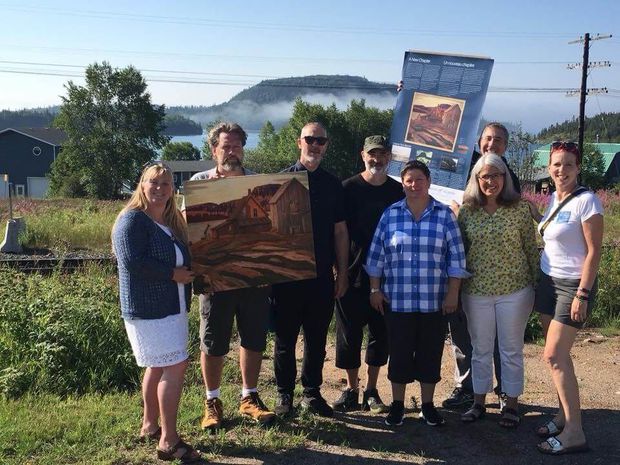 The Group of Seven’s artistic process began with sketches in the wild which they brought back to the city, Spiess explains. Calm and collected from their hinterland adventures, the Group of Seven’s creativity flourished and they interpreted selected sketches onto the canvases that showcase their bold vison of the region.

“The landscape has not changed since the Group of Seven was here,” Spence says. “When you stand in the wide, open spaces, it’s so easy to understand why they were attracted to it.”

The profound effect of the landscape on the collective’s creativity could be linked to forest bathing, a wellness practice that’s both trending and proven. Also known as shinrin-yoku, forest bathing is a national health initiative established in Japan during the 80s, and it’s so compelling the U.K.‘s National Trust started promoting its practice to the British public as well. Studies from Dr. Qing Li, the chairman of the Japanese society for forest medicine, report that a mindful and conscious exploration in nature has benefits such as better sleep, less stress, lower blood pressure and improved concentration, creativity and memory.

The overall message: Humans have an instinctive need to bridge the gap between themselves and the natural world, which makes this treasured escape into Ontario’s true North even more valuable. 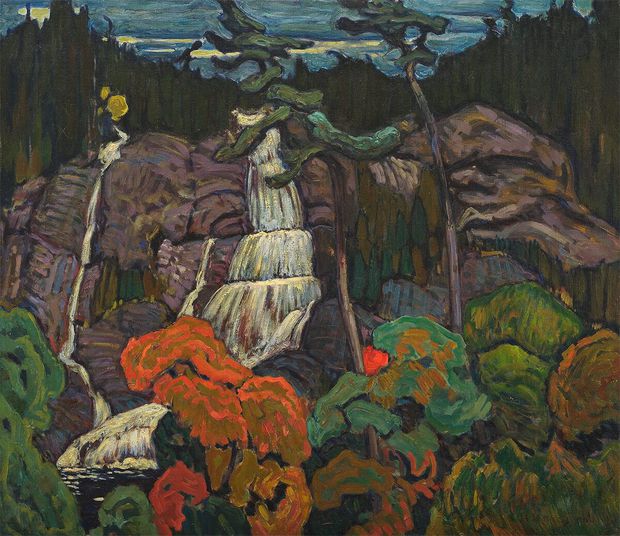 Algoma Country, the regional travel association, has made it easy to get trekking with their Group of Seven program, Moments of Algoma. It includes convenient packages, road trips and a trail guide (visit www.momentsofalgoma.ca, download their app or request a tour map by mail) directing visitors to interpretive installations along the route. Each showcases a life-sized easel that houses a copy of the artists’ work next to its featured view.

“Local tourism groups have done a lot of legwork to find the sites and created paths along the way,” Spiess says. “To see the paintings in their various spots, especially during the fall, is amazing.”

The first installation on the tour is at the McMichael Canadian Art Collection in Kleinberg, Ont., just north of Toronto. When the easels reach Ontario’s rugged boreal forest, hiking trails to see the painters’ views range from beginner to intermediate, so wear hiking shoes and comfortable gear.

For adventure and convenience, travellers can book a Group of Seven-inspired escape including accommodations, meals and transfers with Blaq Bear, an eco-adventure tour company based in the Algoma highlands.

This year, 2020 is the 100th anniversary of the founding of the Group of Seven, who are some of Canada’s most celebrated artists. Travellers can experience the Group of Seven’s spectacular works of art in galleries across Ontario. Check with individual galleries regarding current operating times. Follow this itinerary to discover notable Group of Seven related locations in Algoma Country, Sault Ste. Marie and the North Shore of Lake Superior.

For more on all these attractions, including additional itineraries that you can follow on your trip, visit GroupofSevenContinues.ca.

Ontario encourages everyone to travel safe during this time and follow public health guidelines. It is important to practice physical distancing, frequent hand washing and wearing a non-medical face covering where required or where physical distancing is a challenge.