Robert Wickens says Arrow McLaren SP’s investment in youth with Pato O’Ward and Oliver Askew is “no longer a risk” having surpassed expectations during the 2020 IndyCar campaign.

The Arrow McLaren SP team named O’Ward and rookie Askew as its 2020 IndyCar drivers, forcing James Hinchcliffe out of its line-up, to put together an inexperienced driver squad which has benefitted from guidance from Wickens.

The 2018 Indy Lights champion, O’Ward – who had just eight IndyCar race starts to his name before this season – has seriously impressed with three podium finishes so far this year, including a double rostrum last weekend at the Gateway double-header, plus pole position at Road America.

Rookie team-mate Askew, who stepped up to IndyCar as reigning Indy Lights champion, has also featured on the rostrum with third place in the first race of the Iowa double-header.

Wickens believes multiple factors have helped both the Arrow McLaren SP drivers to justify the team’s calls and feels both have beaten expectations set on them.

“There hasn’t been anywhere where I expected them to do something and it was worse.

“For them, the red [softer-compound Firestone for road/street courses] is new for them, especially Oliver, and yet they’ve both been very strong in qualifying.

“Then the next big challenge in this 2020 schedule is lack of track time on the short ovals, but then at Iowa both of them were fighting for the win in both races, and Pato was doing that again at Gateway.

“It goes to show that taking a risk with younger drivers is no longer a risk.

“The way that this motorsport era has gone with simulation, everyone’s learning in the same way now, and in some senses they aren’t at a huge disadvantage.” 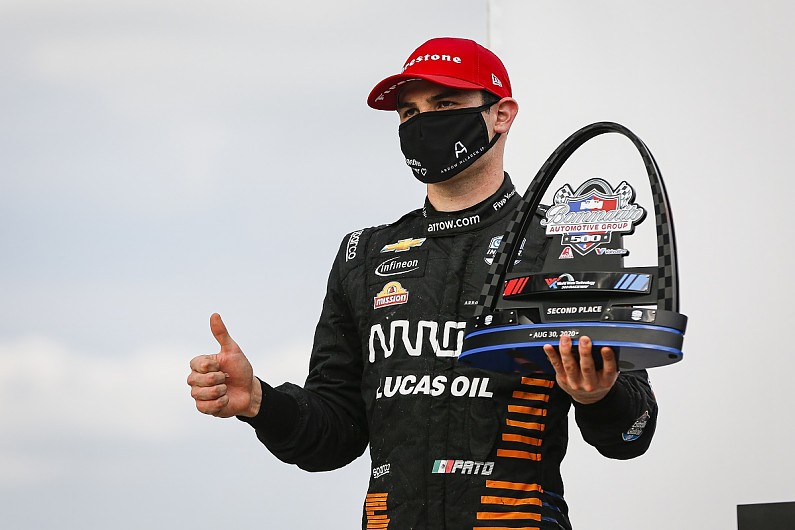 While Wickens acknowledges mistakes were bound to be made by the inexperienced pair this season, he feels their overall consistency is paying off.

“Of course there will be teething issues now and then – we saw that at Indy when Oliver got on the brakes to avoid a crash in front of him,” he said.

“But that’s something that every veteran on the grid has done once or twice in their career.

“That’s part of the steep learning curve, and moments like that can take you back to reality and remind you that it is their first year in IndyCar. Those mistakes can happen.

“The important thing is that the speed is there. Everything else you can iron out with time and experience.

“This season is all about consistency. They’re both quick, and I believe our cars will be quick.

“We know we’re going to have strong cars at Mid-Ohio, and it’s a track where they’ve both raced before.

“So there’s no reason why the results we’ve shown in the first part of the season can’t continue through to the end of the season.”

With O’Ward denied the chance of a late fight for victory against Josef Newgarden in the second Gateway race, which was ended under caution, the Mexican driver has had to settle for two runner-up finishes this year – but Wickens feels his current run of strong results will lead him to a maiden victory.

“They’re hungry for their first wins, but they’re doing what they need to do, week in, week out – they’re giving themselves a chance,” he said. 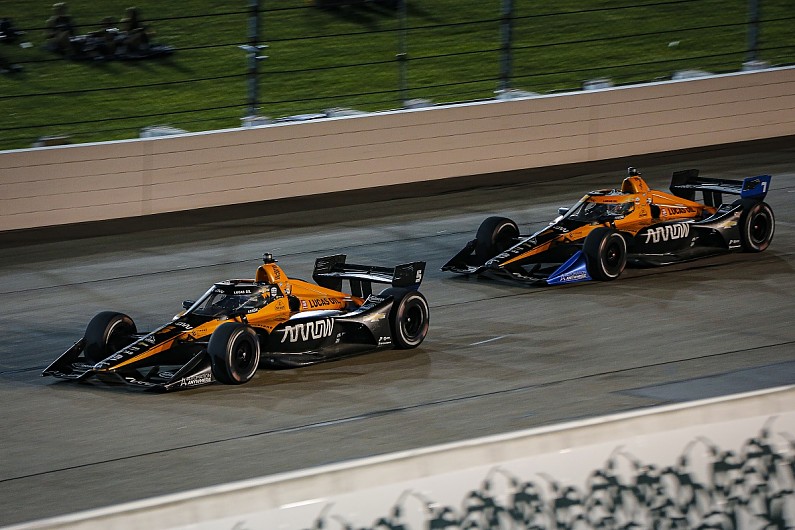