The Giants’ patchwork secondary will face an early test Sunday, against game-breaking Chicago Bears wide receiver Allen Robinson. Robinson, 27, averaged 14.8 yards per reception in the Bears’ season opener last week against the Detroit Lions, after catching 98 passes for 1,147 yards and seven touchdowns in 2019. “What makes […]

Robinson, 27, averaged 14.8 yards per reception in the Bears’ season opener last week against the Detroit Lions, after catching 98 passes for 1,147 yards and seven touchdowns in 2019.

“What makes him special is his catch radius,” Giants defensive coordinator Patrick Graham said Thursday. “That’s one of those, I remember when I first heard that, I was like, ‘what in the world does that mean?’ His catch radius is pretty good. He’s really really competitive.”

Sign up for Giants Extra: Get exclusive news, behind-the-scenes observations and the ability to text directly with reporters

Graham now must come up with a game plan to prevent history from repeating itself and keep Robinson under wraps. Less than a year ago, Robinson’s six catches for 131 yards and a touchdown lifted the Bears to a 19-14 win over the Giants.

That November Sunday, the Giants found out the hard way that lining Corey Ballentine up opposite Robison was a colossal mismatch. Ballentine allowed 12 completions on 14 targets.

This time around, it will be Graham and not former defensive coordinator James Bettcher devising the scheme, and Graham has veteran James Bradberry at his disposal. However, there’s no guarantee Bradberry will be isolated against Robinson, and those decisions are largely matchup dependent.

“This league is so people-driven,” Graham said. “It’s all about the matchup. Your best cover guy, is he best suited to cover their best player? Say you have a perimeter corner who is your best player, but their best player is a slot, shifty guy. Is that what you want to do? I don’t know. You have to think through that. We’re always trying to put our guys in the best spots”

Look for the Bears to move Robinson around, as they typically do to create mismatches. How Graham counters with the Giants’ personnel could be critical to avoiding a back-breaking big play downfield.

Monday night, when Bradberry moved into the slot against Steelers wide receiver JuJu Smith-Schuster it didn’t go well. Smith-Schuster beat Bradberry deep for one of the two touchdowns charged to the Giants’ cornerback.

Would Graham shift Bradberry inside again, this time to avoid a potential matchup of Robinson against rookie Darnay Holmes, for example?

Fortunately for the Giants, help could be on the way in the form of defensive back Logan Ryan, who is likely best suited to play slot cornerback or deep safety at this stage of his career. After playing limited snaps in Week 1, head coach Joe Judge says the training wheels come off Sunday for the veteran signed off the street two weeks ago.

“We’re not going to limit Logan on anything we’re doing,” Judge said. “As Pat puts the packages together and sees the matchups, whatever we can do to get all of our players involved, we’re going to do. But I don’t think there’s anything that we would hold off on using Logan for.”

Regardless of where Robinson lines up, he’s the type of player Graham and the secondary will need to account for on every play.

“When you have go-to guy like that, and obviously he’s a heavy target for the quarterback,” Graham said. “We have to adjust, whether it’s a matchup thing or just awareness in coverage. You always have to adjust for those great players.”

Get Giants text messages: Cut through the clutter of social media and text directly with beat writers. Plus, exclusive news and analysis. Sign up now for a free trial.

Please subscribe now and support the local journalism YOU rely on and trust. 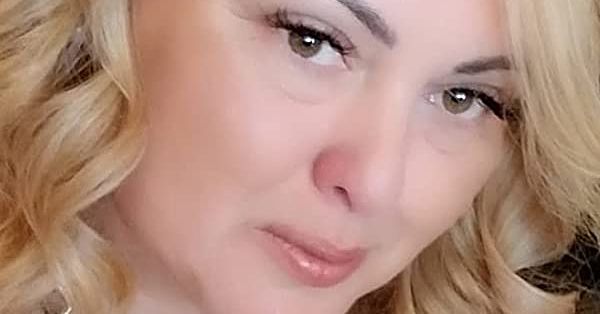